A plan had been made to visit Menorca for the Royal Aero Club Air Race,

to be hosted by our friend Gabriel at his home field of San Luis in Menorca.

We would then head down to Almeria to see Jenny, Tosh, Linda and Ted. 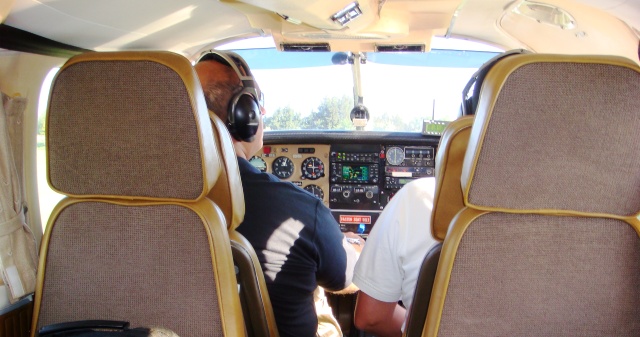 Dee, Paul and Rob in the Lance.

Climbing out from Thurrock International..switching to London Info 124.6

Cleared to FL090 to SFD, Drake, then Etrat and enroute to Limoges for refuelling. 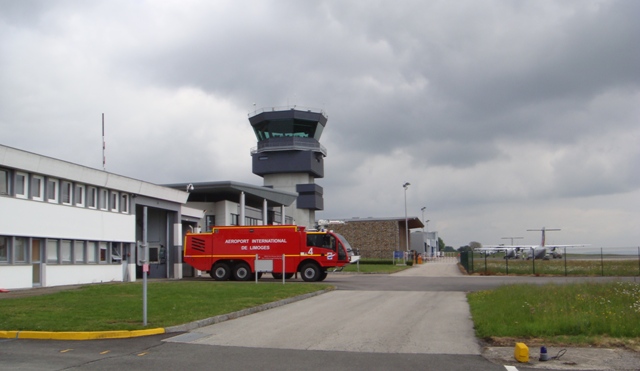 After Refuelling, a cheap visit to 'C' to pay landing fees.

Then Makox SID enroute to Menorca 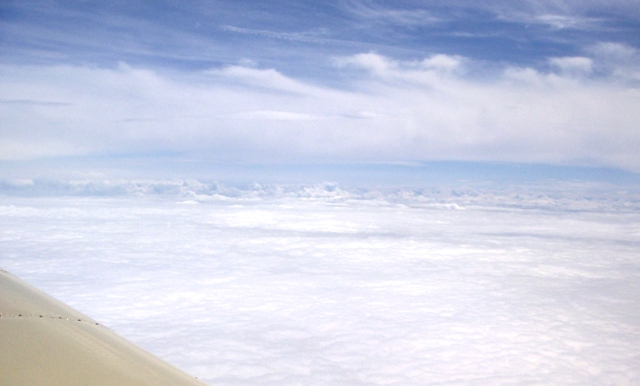 Back above the weather at FL090

....apparently others (Craig & Alistair) were stuck below

in less than VFR 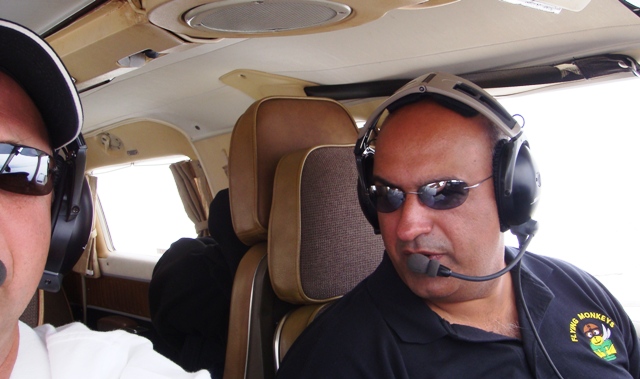 With little to see but cloud, we called back for inflight catering.

Rob presented us with Plates, Sandwiches and a selection of beverages 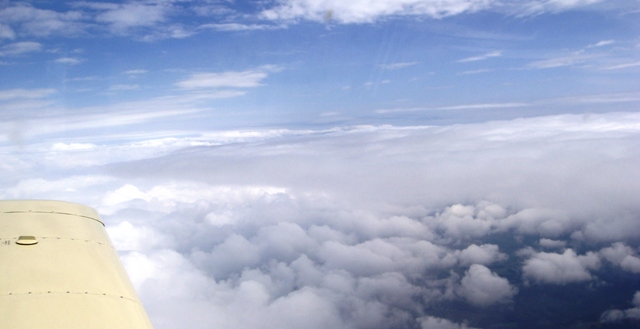 Cloud breaking as we approached Perpignan

It was sunny over the Med, but Menorca was shrouded in low cloud.

Arriving Menorca, we broke through the cloud @800 feet 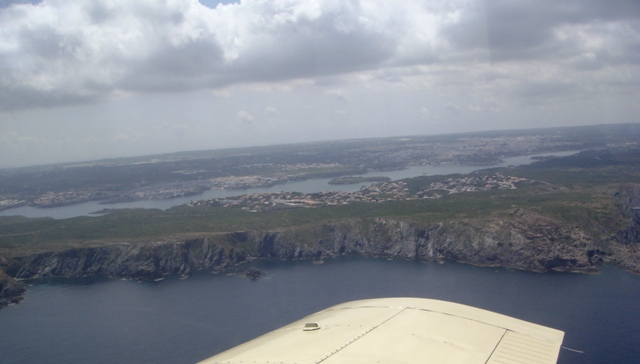 Left Base for San Luis

with Mitch, Kim, James and Jenny 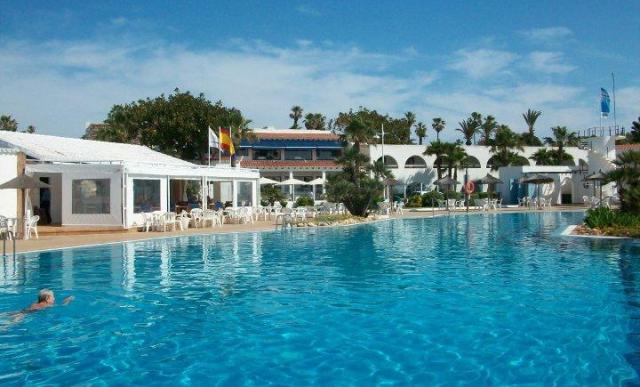 We finally made it to the hotel at S'Algar....where we then went to Dinky's for more Drinkies!

Next Day (Saturday) we were all a little worse for wear, but headed to the field.

...Rob & Paul to supervise some octagons and Dee to prep the Lance for Sunday's flight to Almeria.

We then headed back to the hotel to use the pool as the race was not scheduled till 5pm.

Shortly after arrival at the hotel, we were given the sad news that an aircraft had crashed,

claiming the lives of Bruce and Ian Hook.

A shock for everyone...Our sincerest condolences to their family and friends.

Racing was naturally cancelled on the Saturday and a memorial dinner was held that evening. 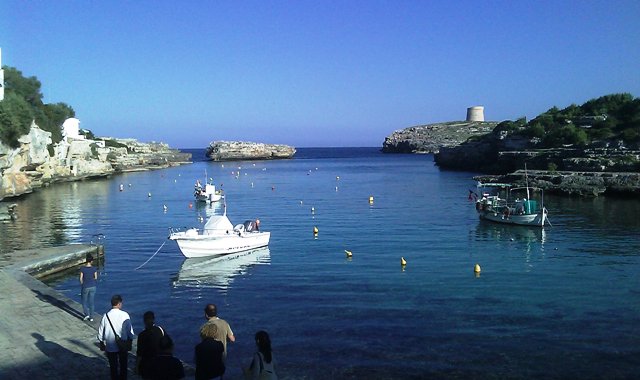 Harbour at Cala d'Alcaufar..where we spent the afternoon chillin...

Departing San Luis which is parallel and right next to Mahon (pictured) enroute to Almeria. 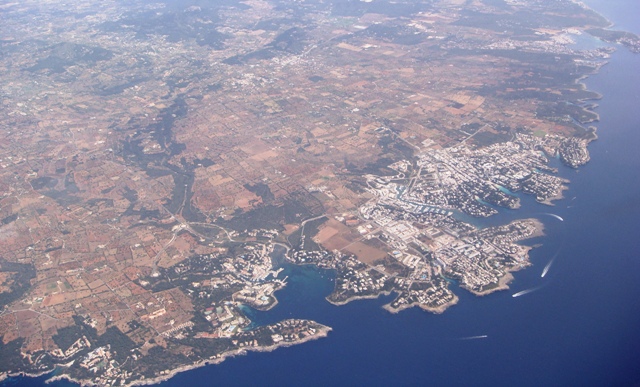 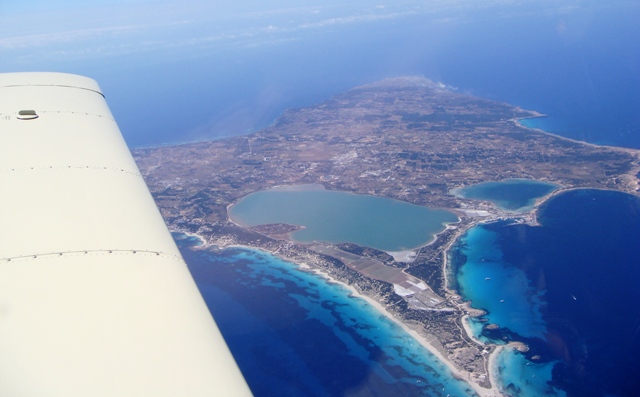 Passing between Formentera (picture) and Ibiza 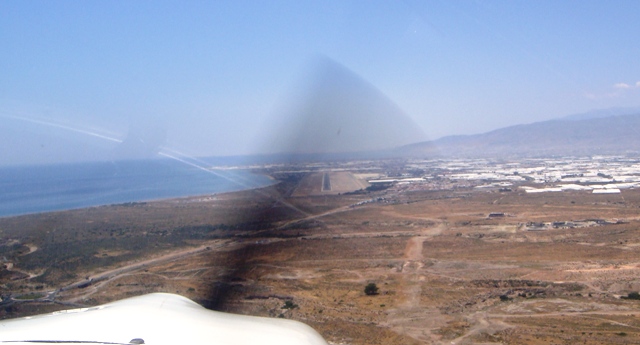 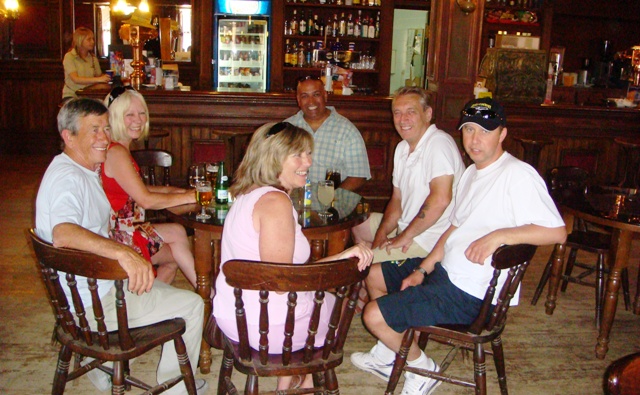 In the saloon at the Oasys - Western Theme Park 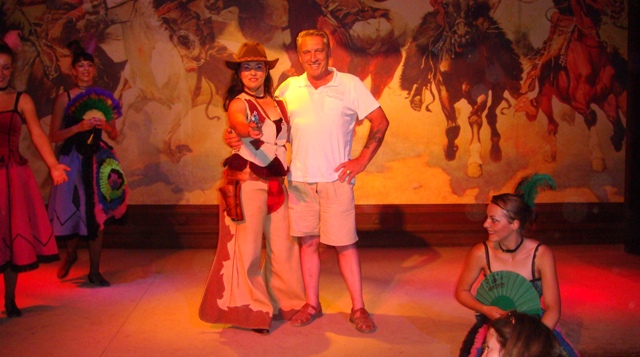 With Jenny having a ciggy, Tosh takes the opportunity for a snap with one of the dancing girls 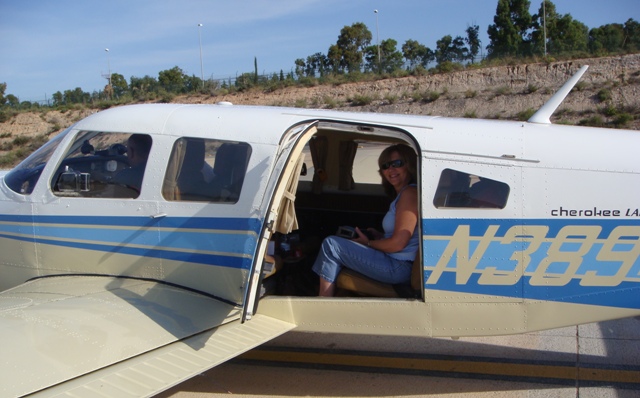 Loaded and ready to depart for the journey home.

After a complex IFR re-routing from Almeria, where they only gave us part of our flight clearance,

we arrived in Gerona....via another STAR and ILS procedure.

Rob had to re-file the flight plan, as although we had received an ACK messgae from IFPS,

our flight plan had been rejected due to our chosen FIR boundary crossing waypoint.

Leaving it off the flight plan allowed it to go through! 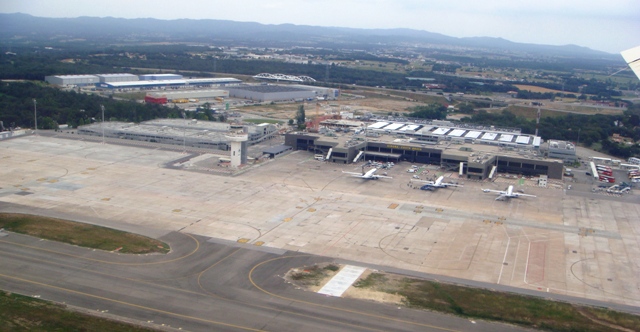 We left via 'E' and then direct to Kanig before joining the airway at PPG. 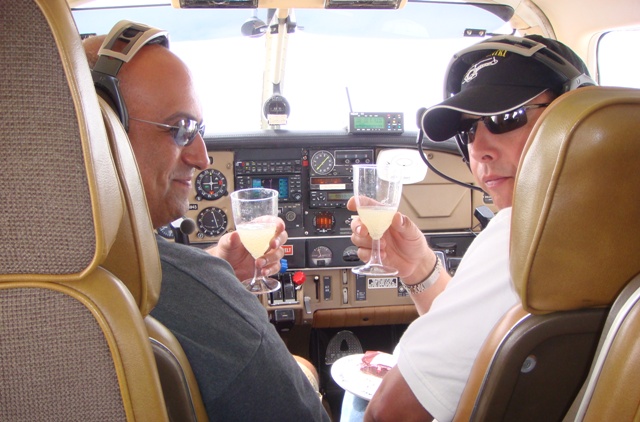 Settling down again to some in-flight refreshments enroute Limoges 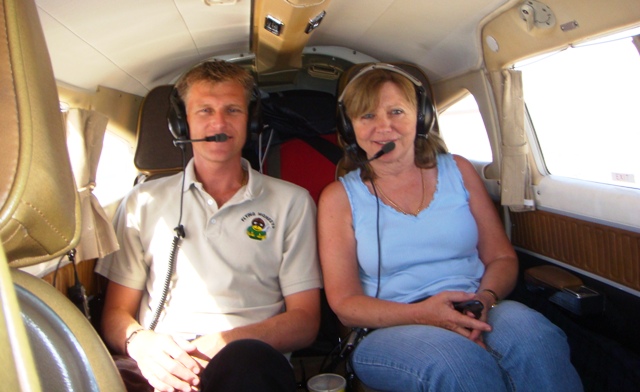 Rob & Jenny stretching out in the back... 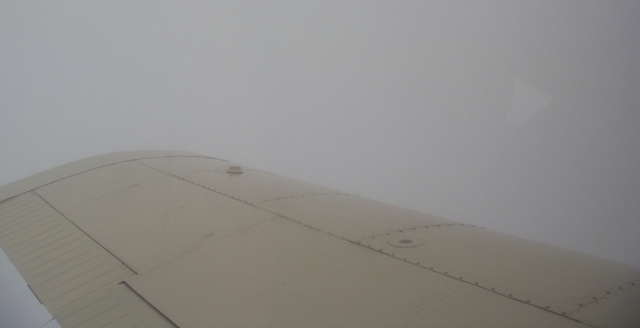 Back in to IMC at FL080..inbound Limoges

After STAR and ILS in to LFBL, we looked at the time and weather forecast for UK..

Departing Limoges we climbed back to FL080

Forecast for the UK weren't that good, so we elected to prepare for EGMC arrival

Thankfully it cleared as we approached mid-channel...so we continued VFR to EGSX. 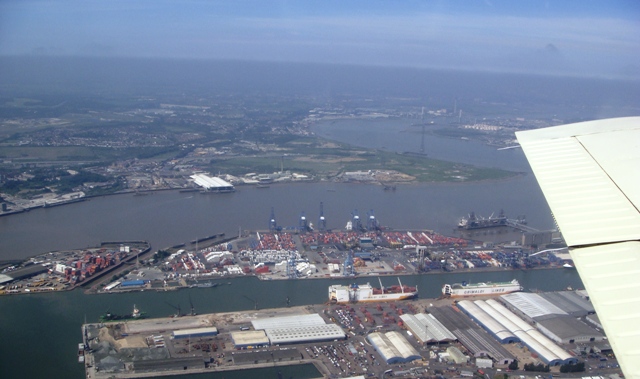 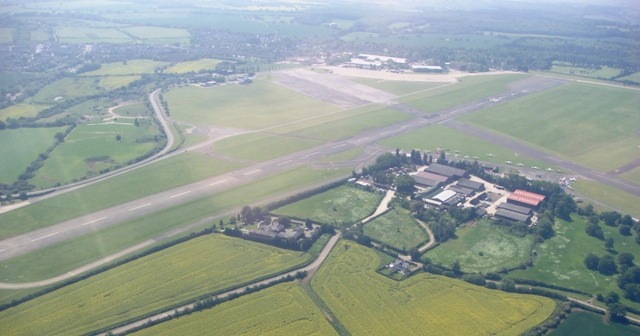 After putting the Lance to bed and refuelling, we were picked up by Mitch in the P68 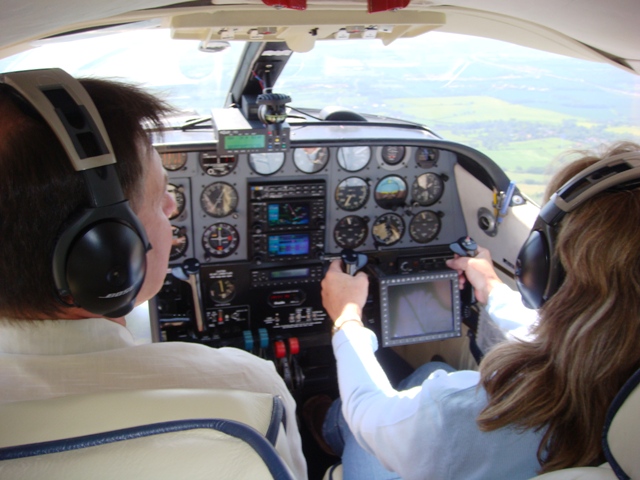 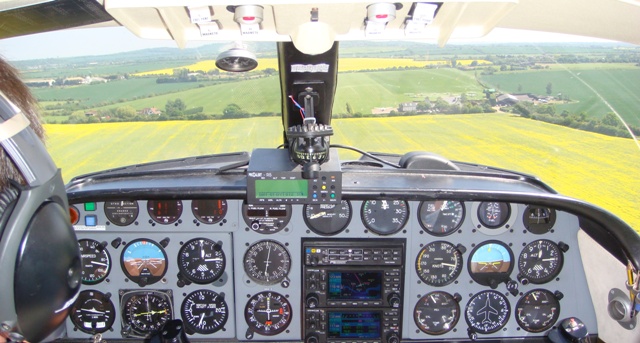 A good trip and a lot of real IFR flying.