We had looked at doing the whole trip in one day and planned to depart early to give it a go. 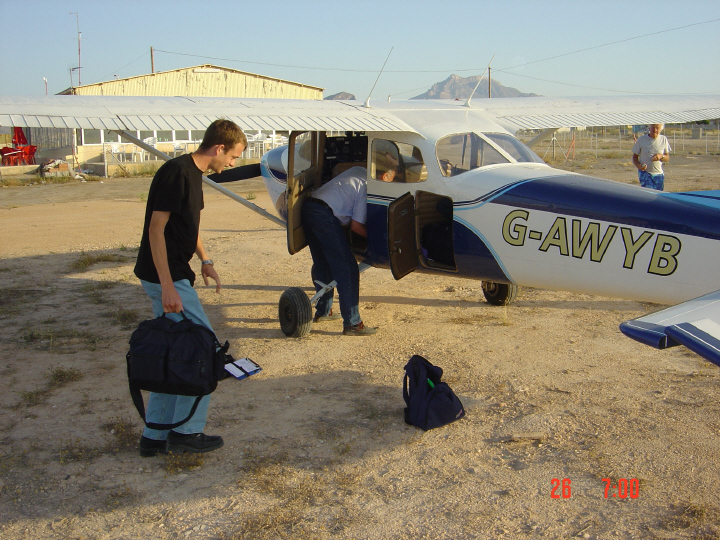 Downwind for 10 at Alicante

G-YB held at N, G-SE held ready for base and G-BN arrived and was sent to NE

We landed eventually (bloody busy on Saturdays) and had to wait 1.5hrs to complete refuelling,

so that scuppered us for time and meant the trip would take two days. 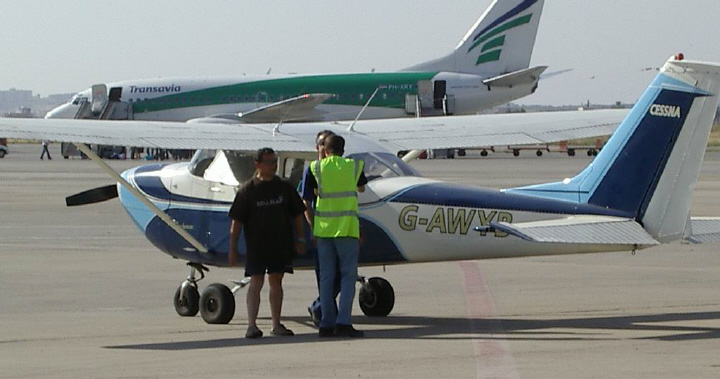 Lining up to depart

To speed things up we asked to line up and depart in turn, so we could get out of the way. 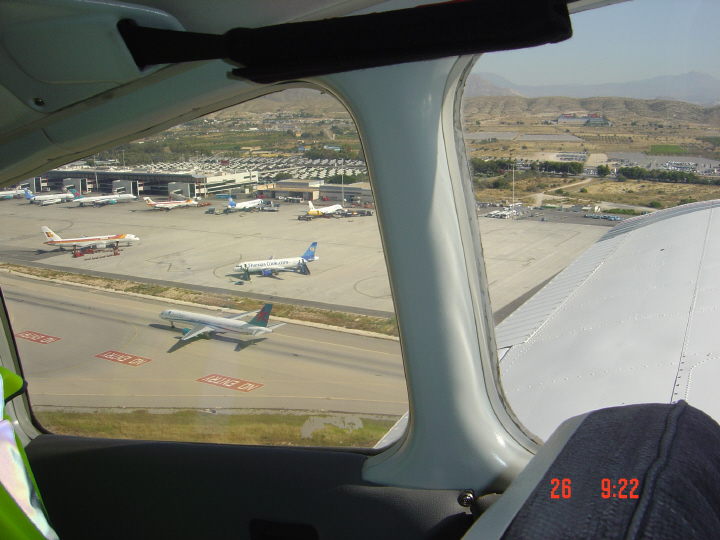 Airborne....Alicante was very busy with a constant stream of flights. 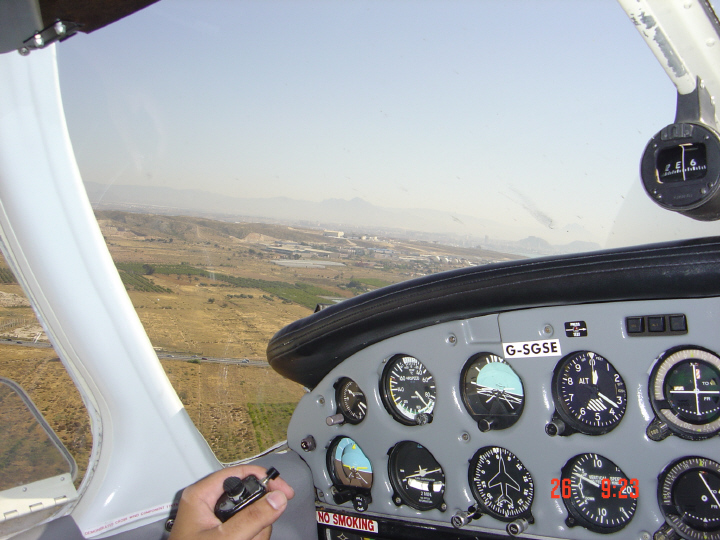 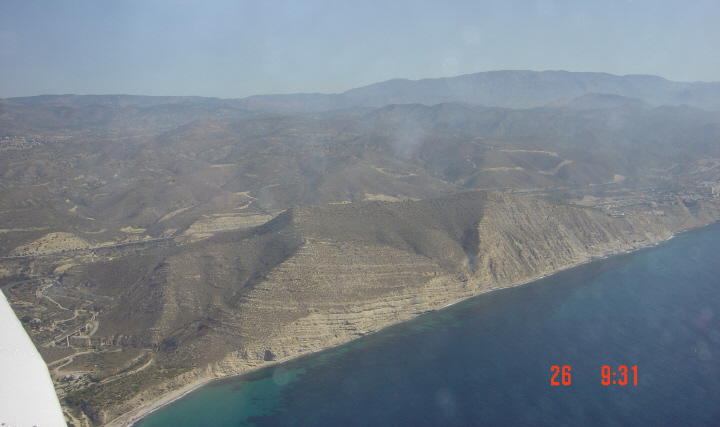 Starting up the coast from NE 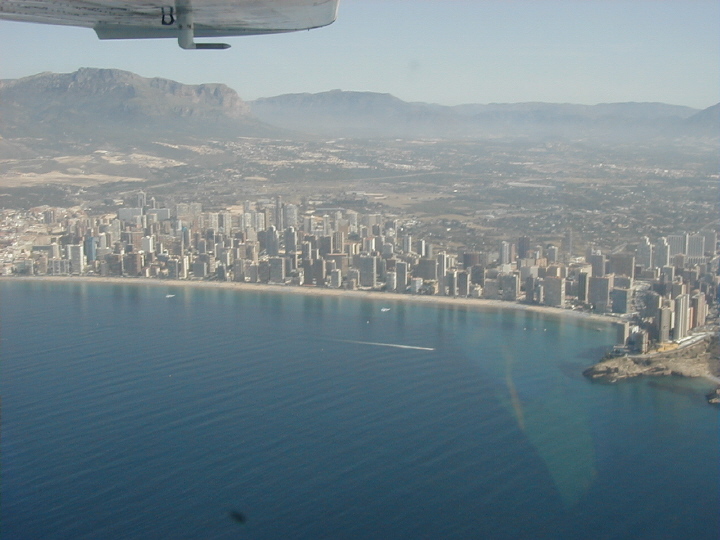 Another View of Benidorm 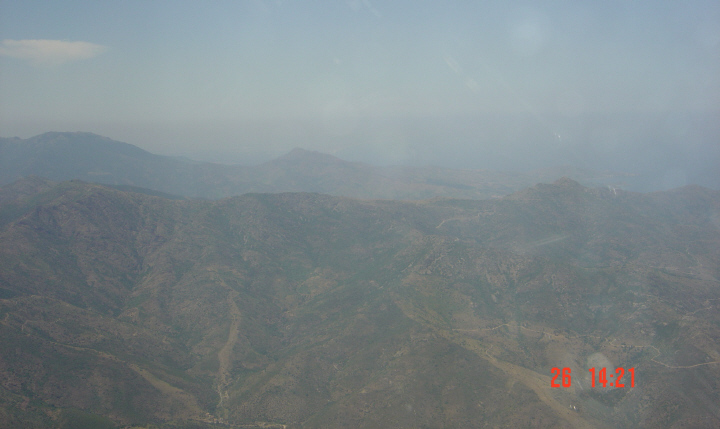 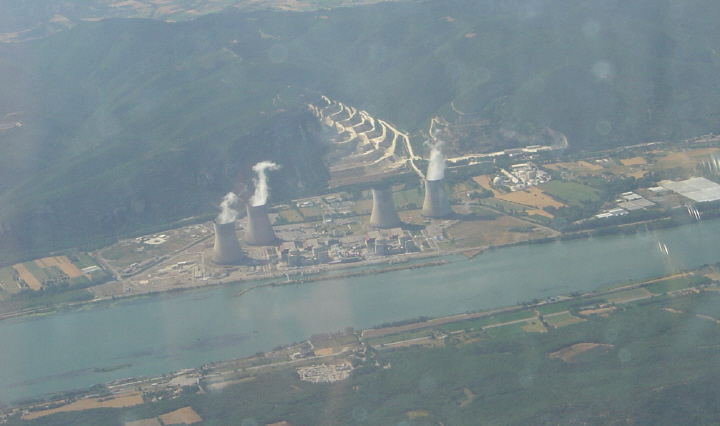 Putting the fleet to bed at Lyon

We spent the night at the Novotel in Lyon.

Another Tip: Take your own beer!..8 per pint! 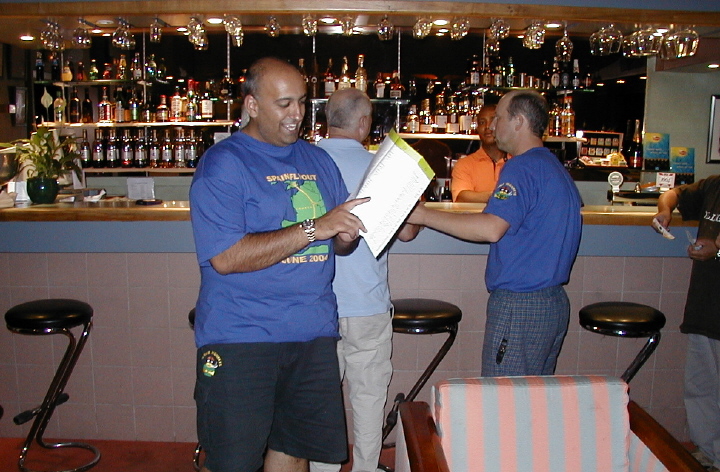 Dee selects a cocktail - its cheaper than Beer! 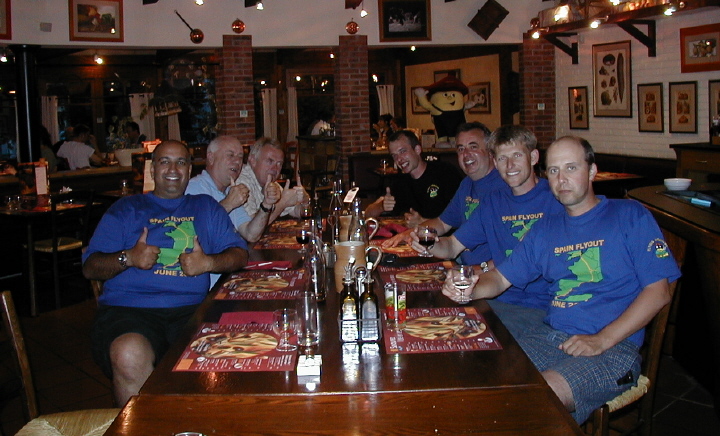 Day 2 we departed Lyon Bron around 9am local 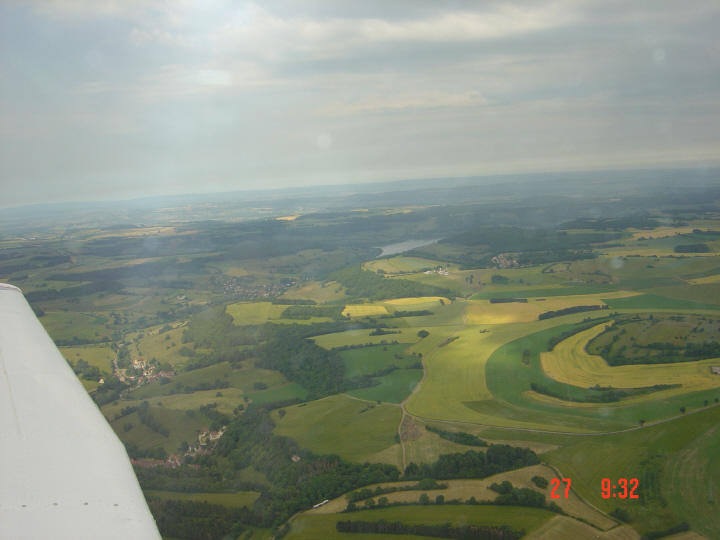 Another Air Show at Dijon, meant we were routed to the West - Beautiful Countryside 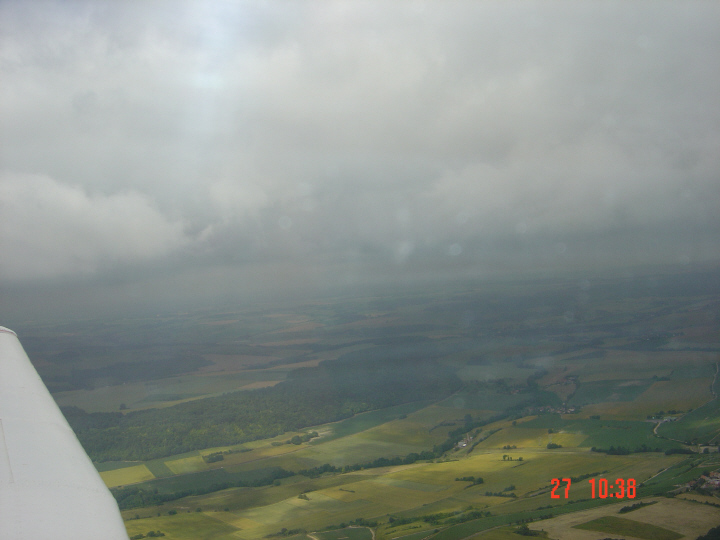 Approaching Troyes, the weather started to deteriorate with cloudbase dropping to around 2000ft

We had to refuel at LFAT, where cloudbase was 900ft and SVFR only...we approached via S 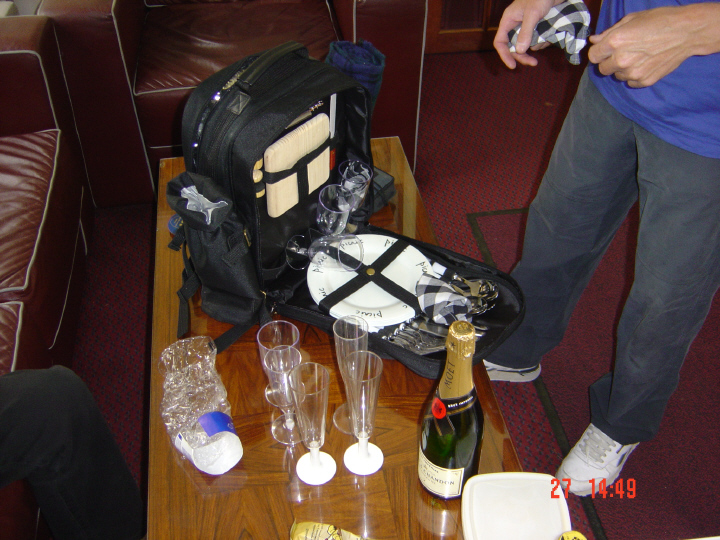 Back at Thurrock, Rob cracked open the Champers 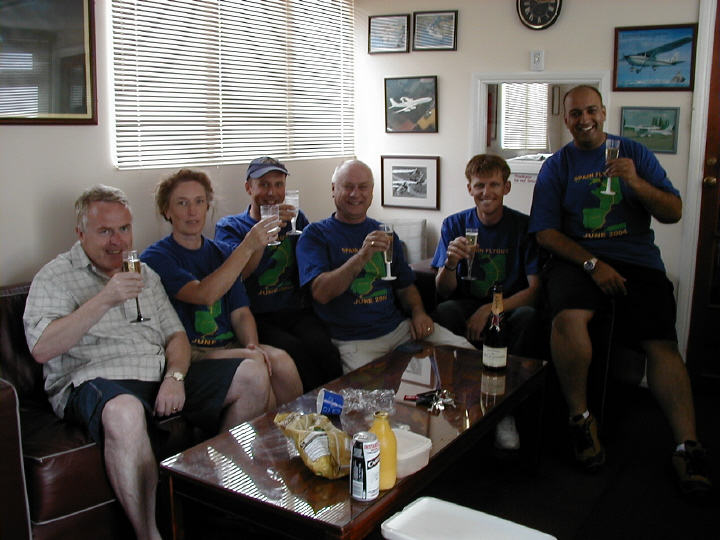 All back safely at Thurrock.