In November 2003 the idea of flying to Spain was born.

Rob and Paul had friends in Tabernas, Ian had a place near Alicante and James had family there too.

and so we decided to make this a flyout + family holiday.

Lisa (Rob's sister) and Mike planned to fly in from Cyprus via the UK, leaving the boys with Grandparents.

The seven months leading up to departure saw planning of routes, ordering of spare parts, preparation of our fleet

and many other challenges that we sytematically worked through.

Then with a week to go, Menisha caught Chicken Pox and so Chris and Menisha couldn't travel.

The result was that Dee flew out as planned, but then flew back from Alicante with Easyjet

and arranged to fly back on Friday night so that he could fly G-SE back with group. 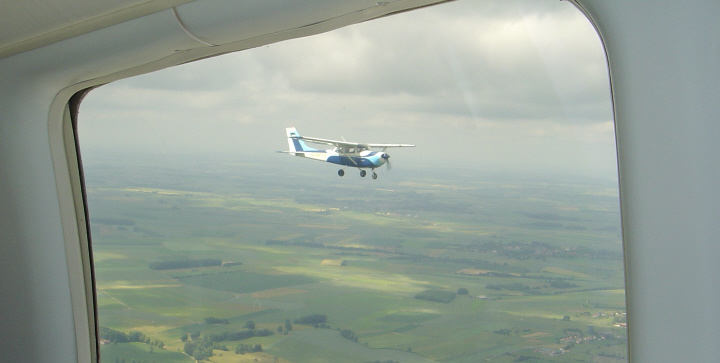 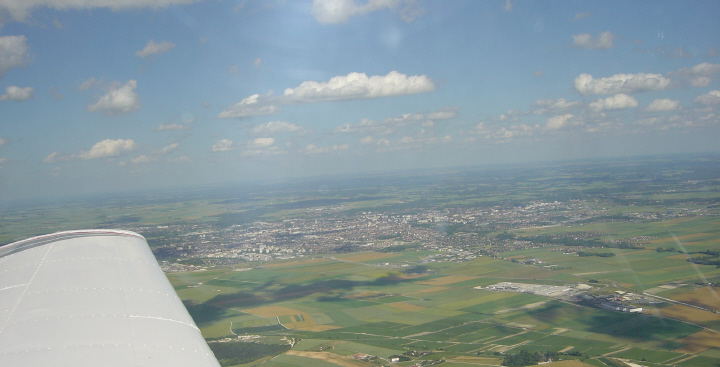 After landing on 36 at Dijon, we taxied for about 10 mins across this massive Military base to the GA side.

Having Refueled and still all fired up, we decide to press on to make some gains for Day 2 and also to

give us a greater lead on the following inclement weather that was forecast.

So we decided to bust on to Lyon Bron - Part of Leg 2.

Arriving at Lyon, we were advised that there was an airshow on that weekend and we should refuel

and file for an early departure - so we did.

Once we got to our Hotels we struggled to find somewhere to eat as it was late.

The Novotel was where we ended up for food.

TIP: Stay at the Novotel...it isn't that expensive and you'll get a decent nights kip!

Fantastic scenery all the way! 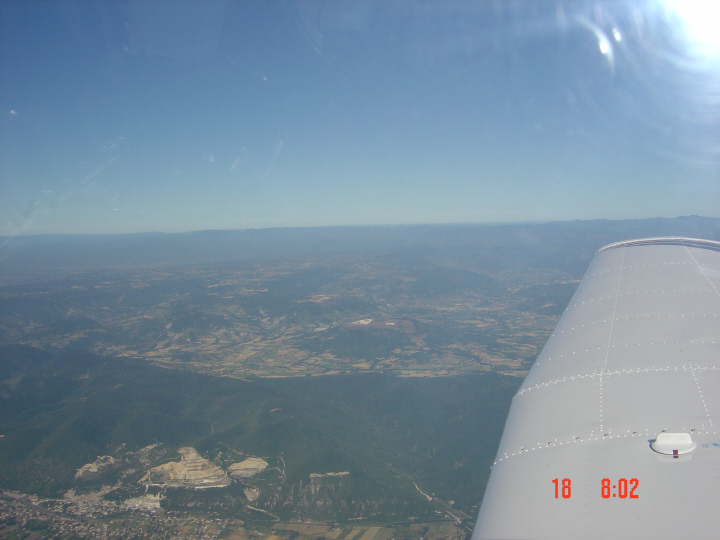 Ground Rising as we approached MTL 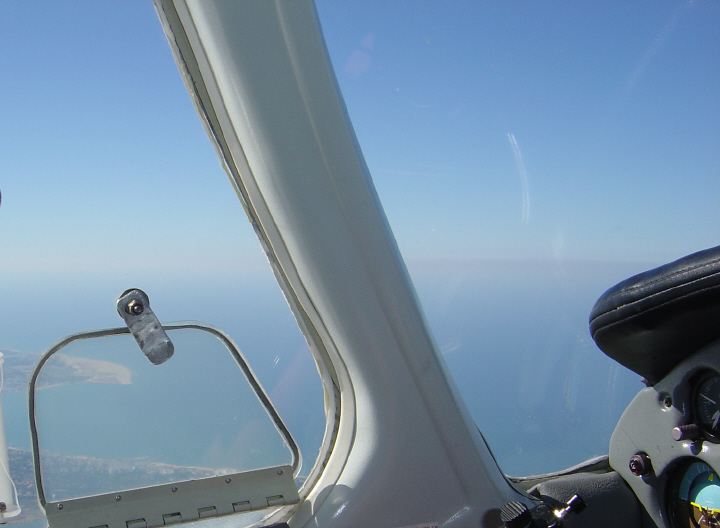 Coasting out over the Med at Montpellier 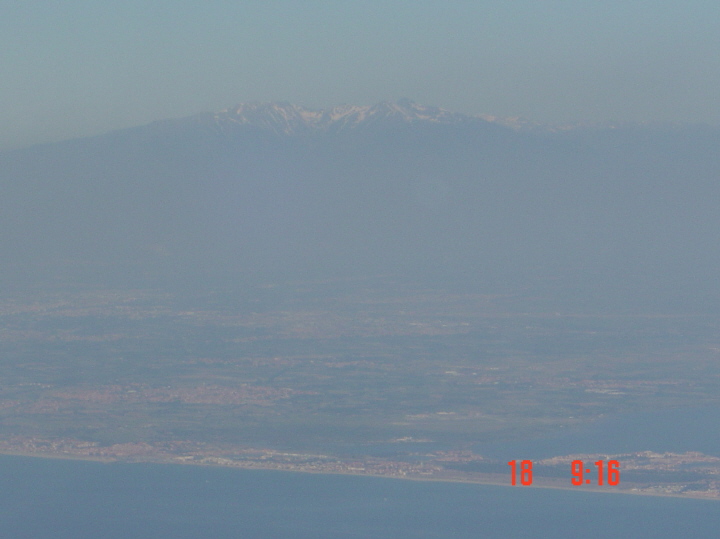 Abeam Perpignan - The Pyrenees in the distance

After Landing at Gerona, we once again refuelled and proceeded to file for Alicante. 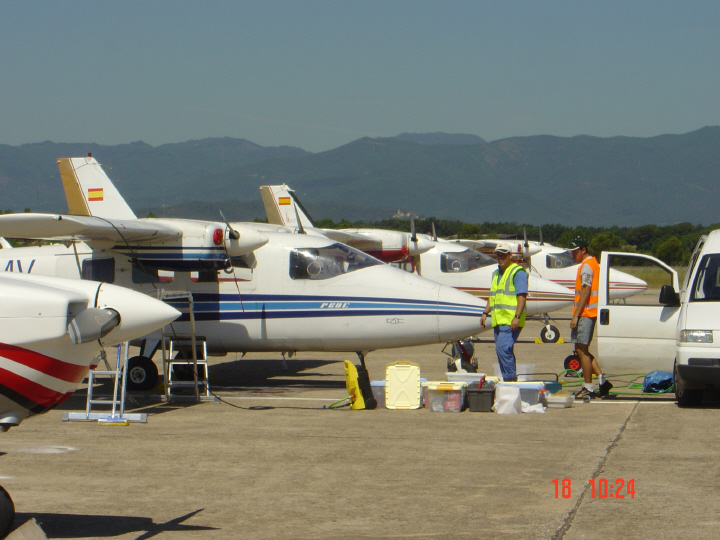 But, we were told that we could not park at Alicante (where we had planned to stop the night) 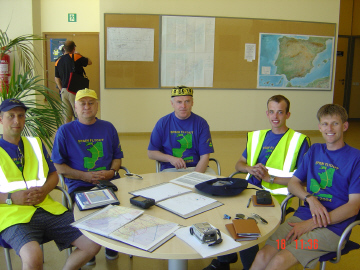 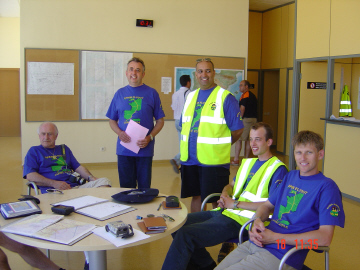 After much discussion we decided to see what happened at Alicante. 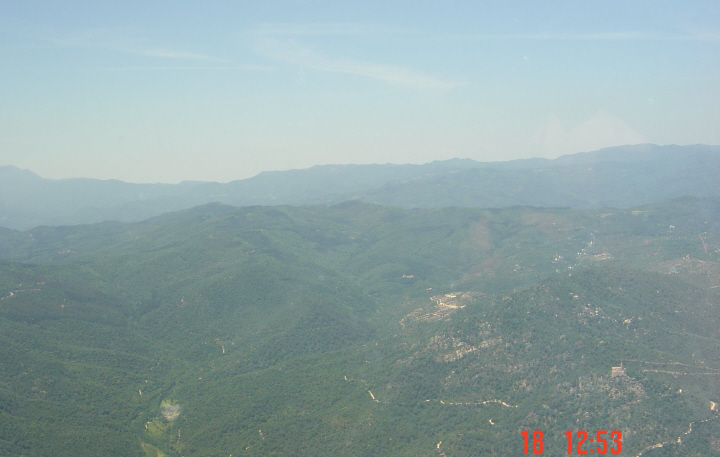 Climbing out from Gerona

G-BN in formation along the Spanish Coast - Rob doing some filming! 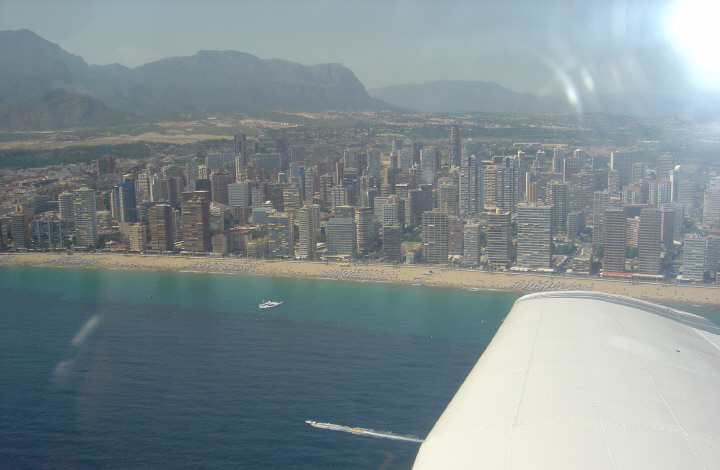 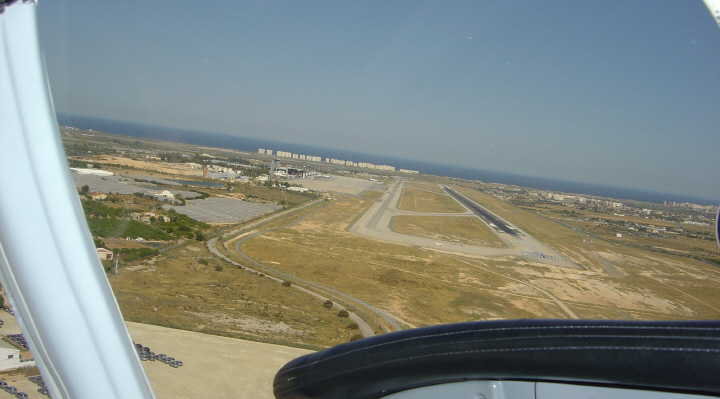 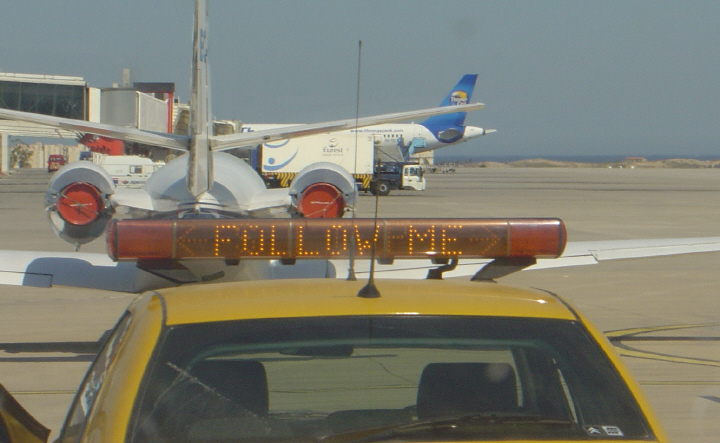 We were marshalled to our parking bay 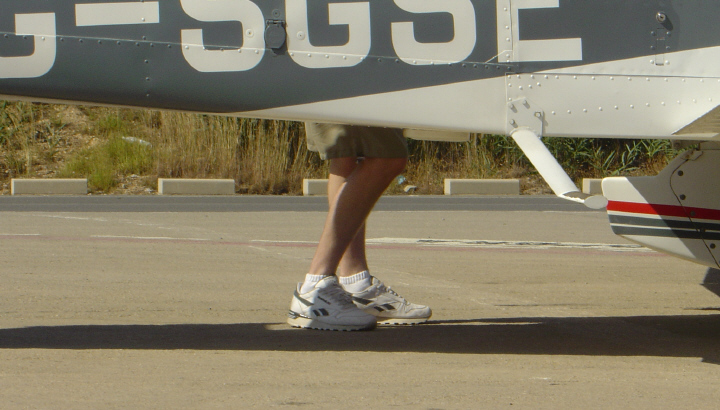 At Alicante we refuelled again. We were unable to park there so,

G-BN decided to press on to Almeria 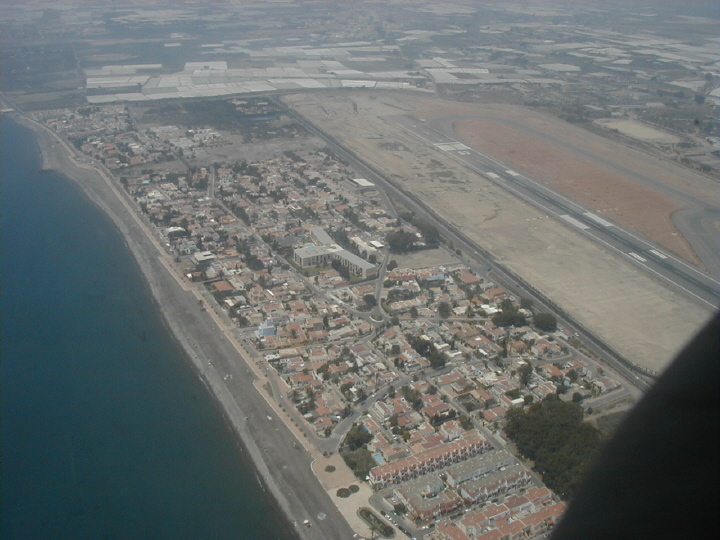 Town and the Runway at Almeria

A Week in Spain 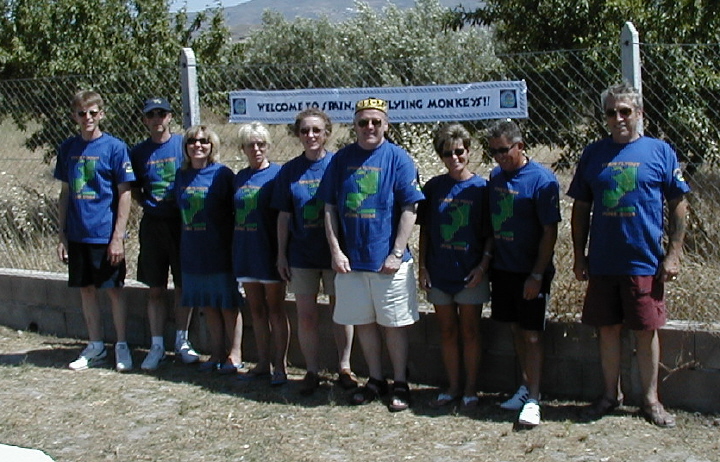 Tosh and Jenny Welcome the Monkeys to Spain...well three of us anyway...boo hoo. 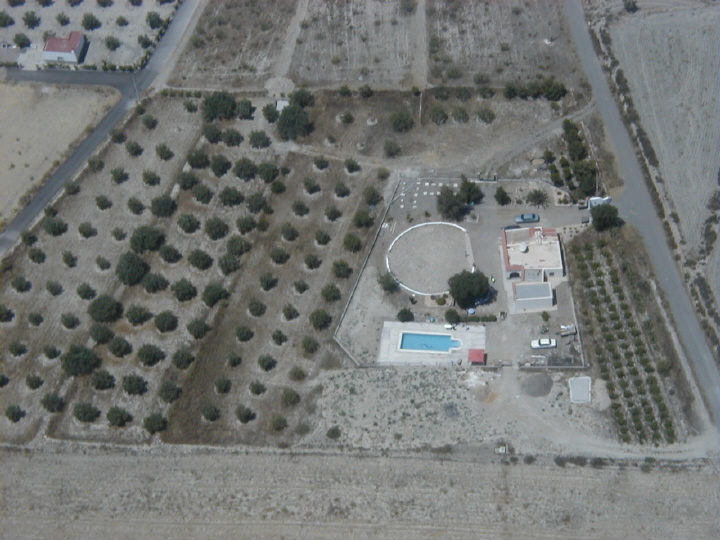 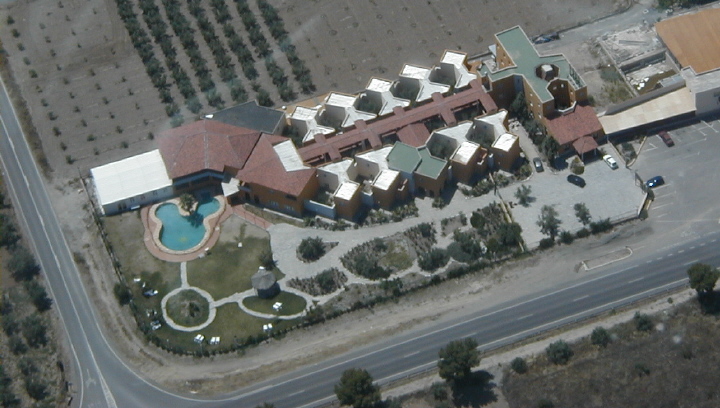 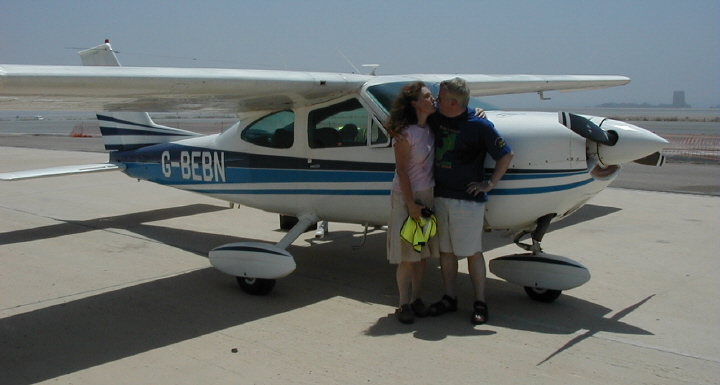 Eunice and John with G-BN 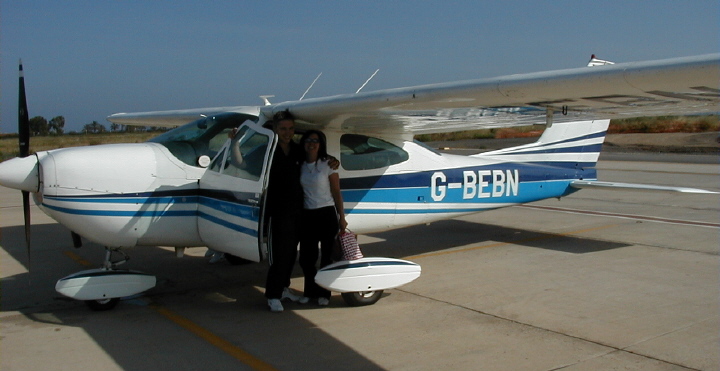 Dave and Sharon with G-BN 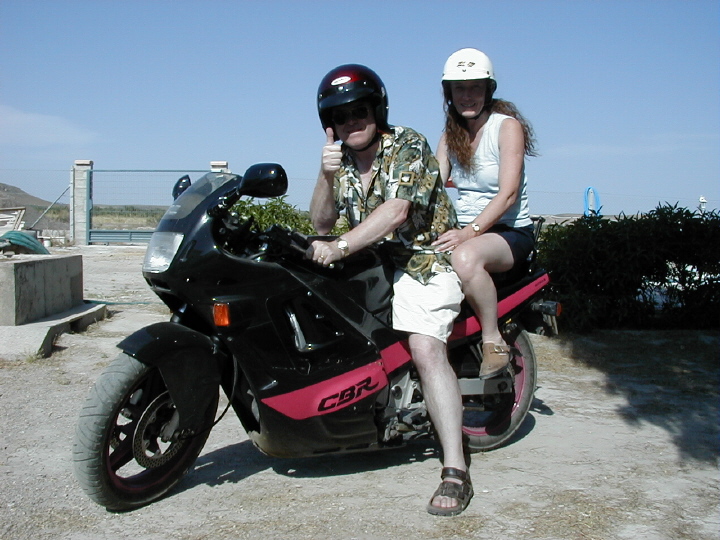 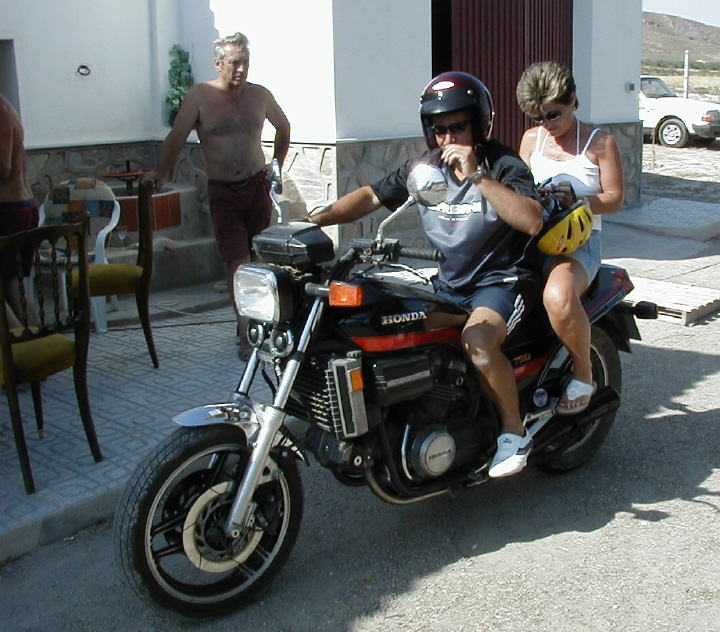 Mike and Lisa too! 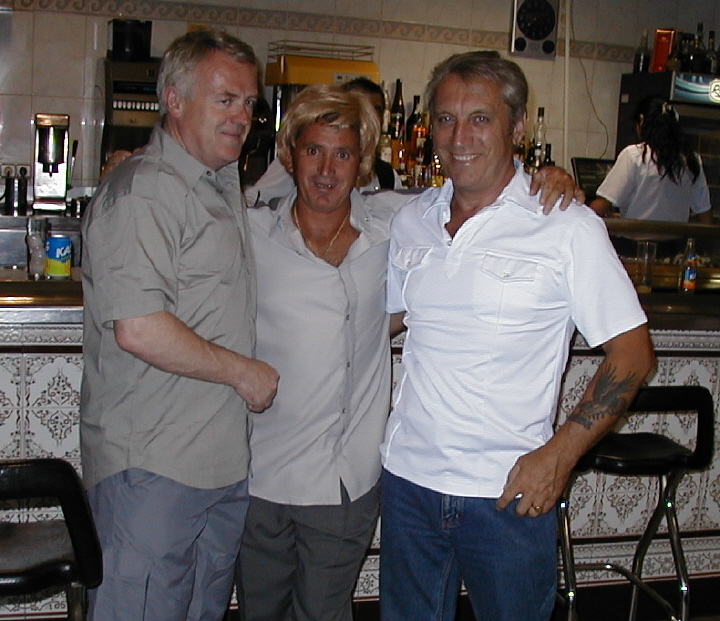 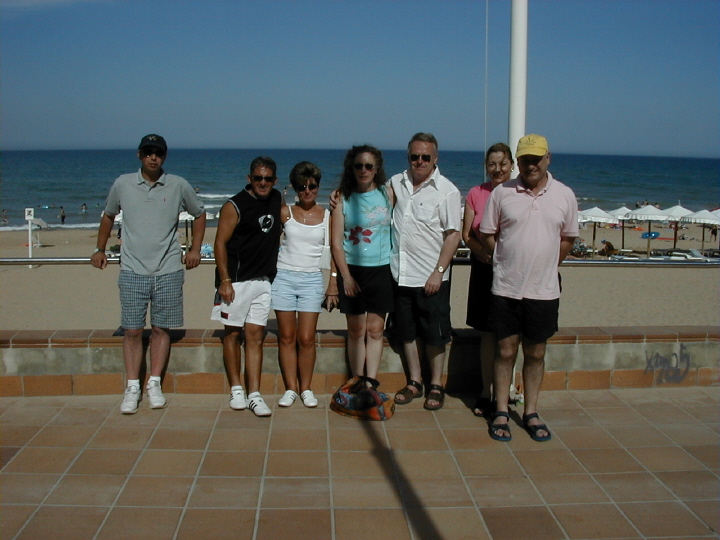 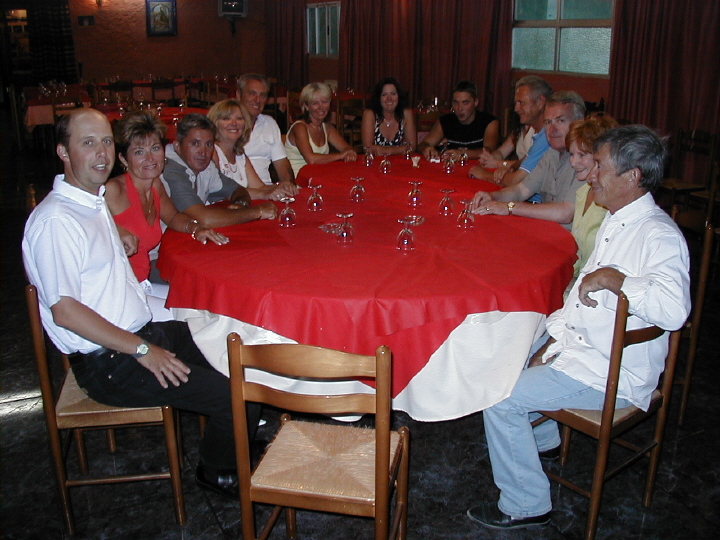 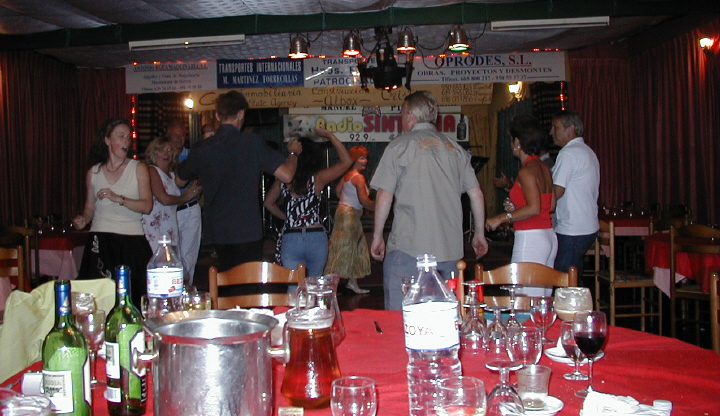