The plan had been to go to LFAT in the EC120, but with OAT less than Zero

and poor conditions in France we decided to postpone.

Later (after a few beers) we though sod it, lets at least get airborne

even if it just to buzz the pub!

We set off early and remarkably, the roads were quite clear. 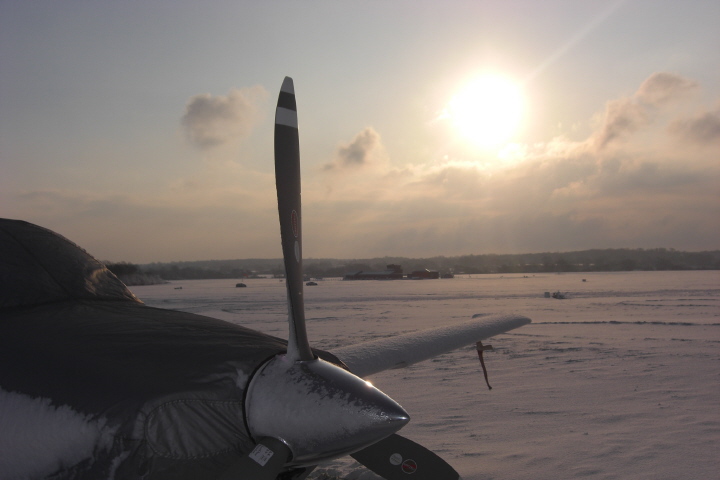 News Choppers getting ready for lift. 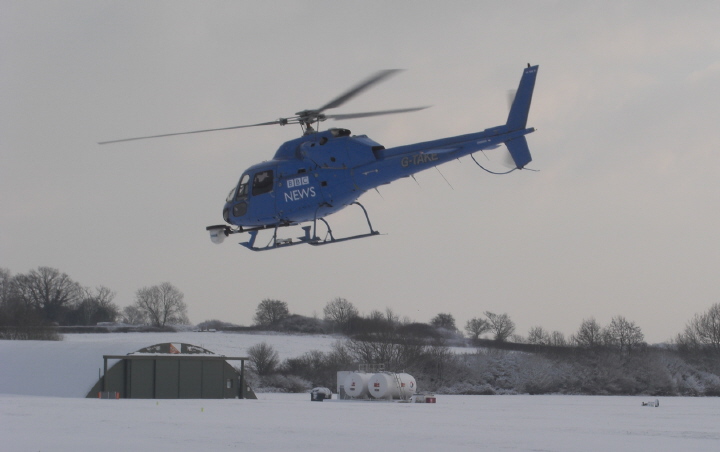 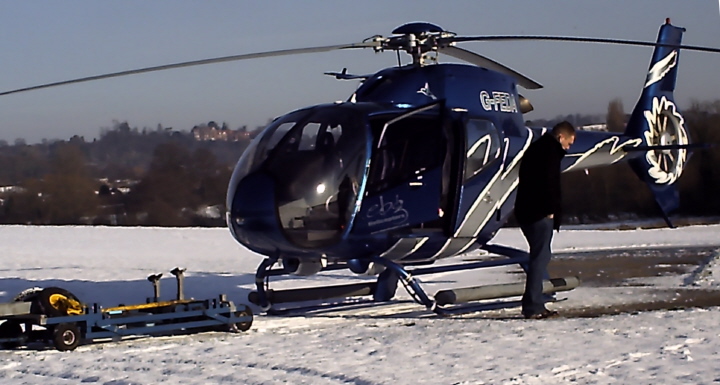 Out on the pad after a struggle out from the hangar over the ice. 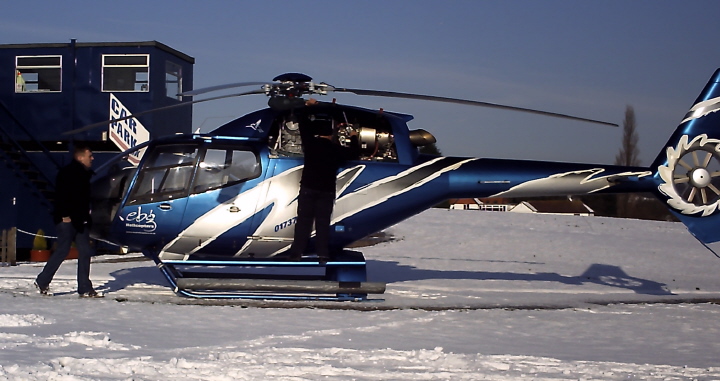 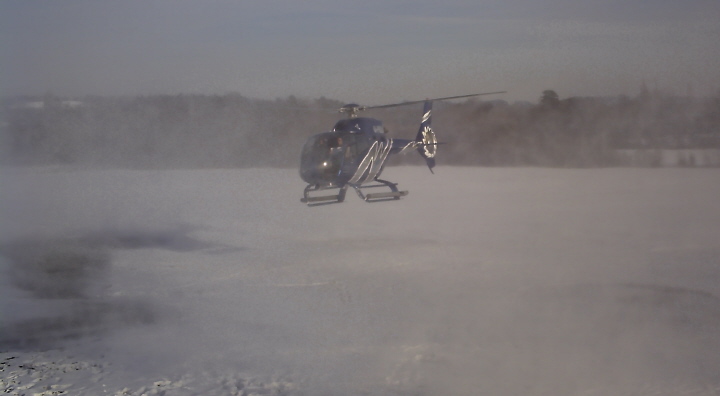 After an hours sortie to Orsett, we arrived back at Redhill for another white-out. 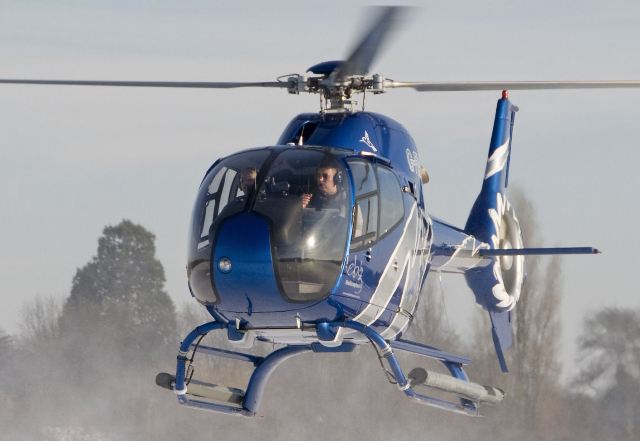 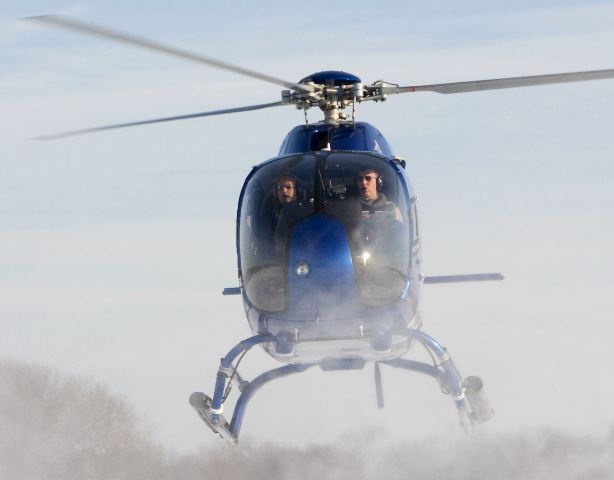 No pics during the flight, as Dave was too idol to bring a camera!