Only the 2nd weekend of racing for Rob and Paul in Race 177 G-BEBN,

but they actually won some silver!

This Air Race was held at Sywell Airfield (near Northampton) over the weekend of 1st & 2nd of July.

The weather was excellent, with light winds & good visibility - perfect for Air Racing! 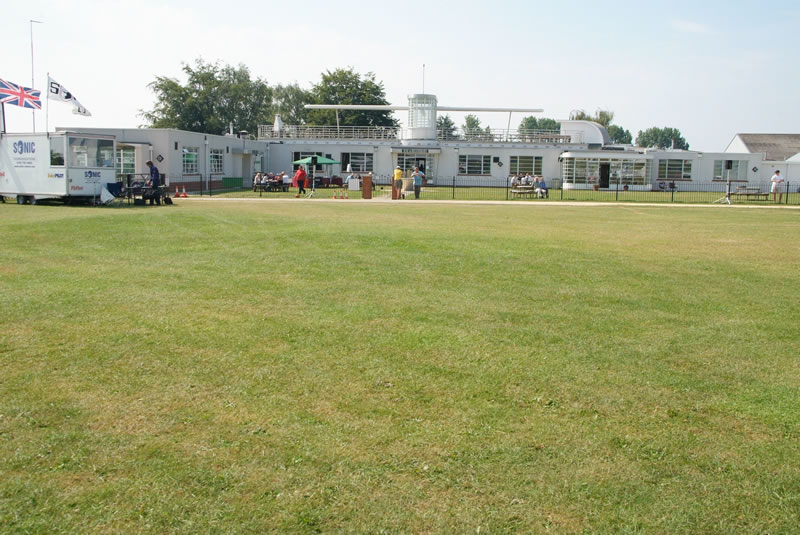 The Sonic team are part of the Royal Aero Club & set up to do the running commentary on the Air Race, 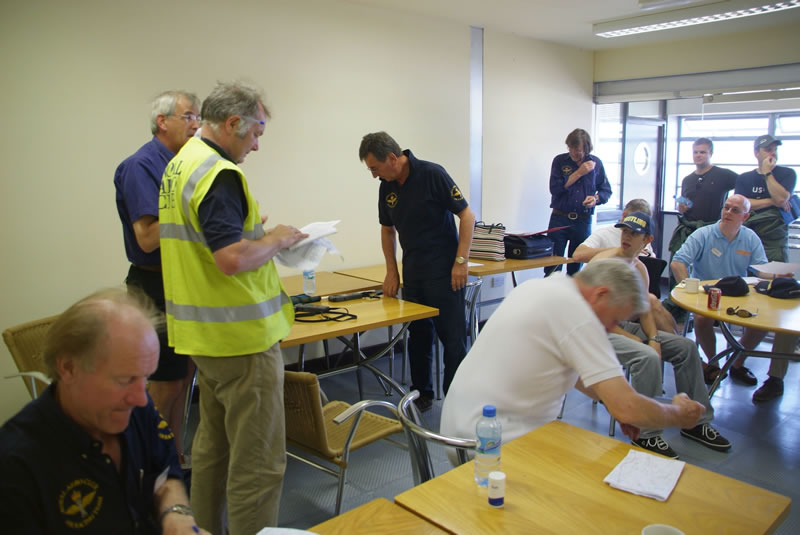 There were 26 aircraft in the race & after a briefing to all pilots + navigators,

a GPS is given to each race crew to take on the race practice. 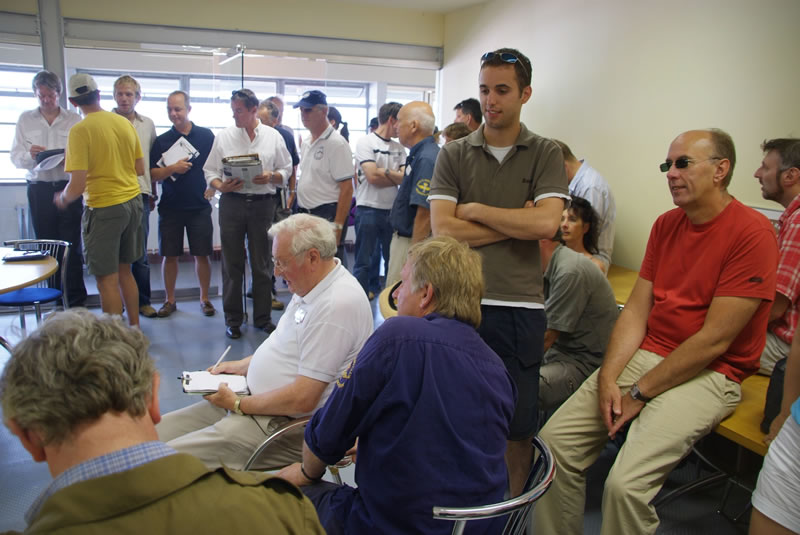 Race briefing - where the Clerk of the course explains the rules & restrictions.

For the practice, everyone fly's the race course that has been set out by the race officials & flys an 'Octagon'

so that speed data can be stored into the GPS.

This then goes to the handicappers who (using this data) then produce the starting order for the race. 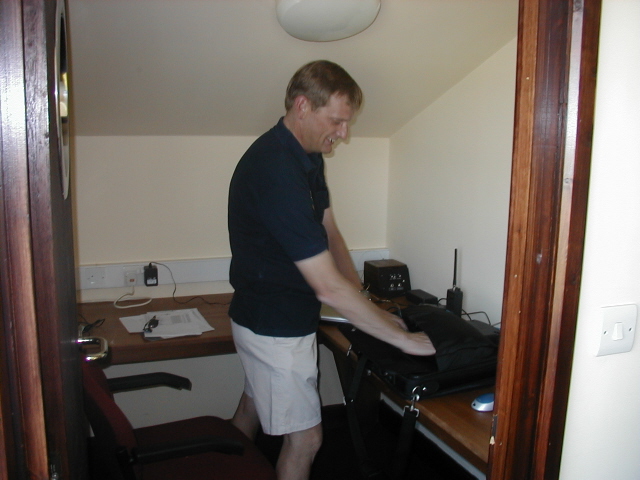 Graham was running three laptops to download the GPS data as quickly as possible.

The race pilots' have no idea of how much effort goes into this part of the weekend!

After the weekend racing, Graham & Mitch spend the next week uploading everyones data

& photos to the air race website so that pilots can view their tracks & see where they need to improve! 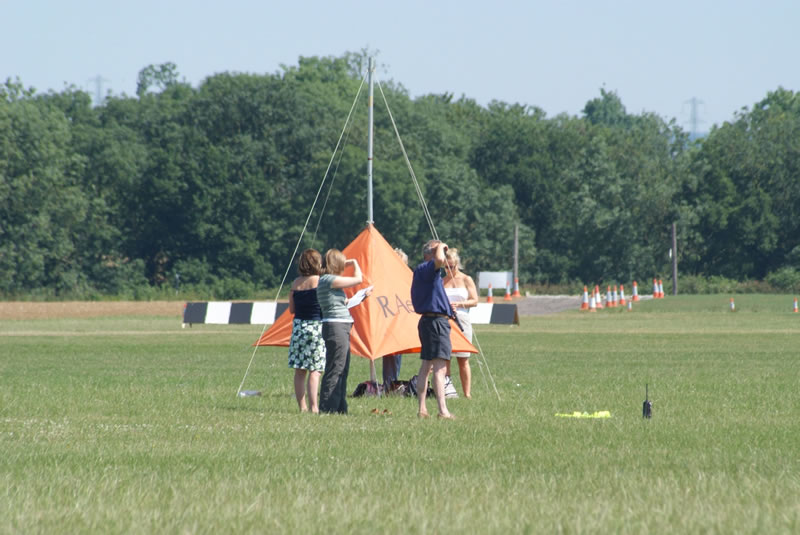 The Airfield turn.....The turning points are the orange tents.

The judges are looking to make sure that no-one cuts the turn or fly's below 500ft.

The course has Four turning points (one of which is over the airfield) and the race consists of Five laps.

Each lap is approximately 23 miles. The slower aircraft complete it in about an hour & the faster ones in about 35 minutes. 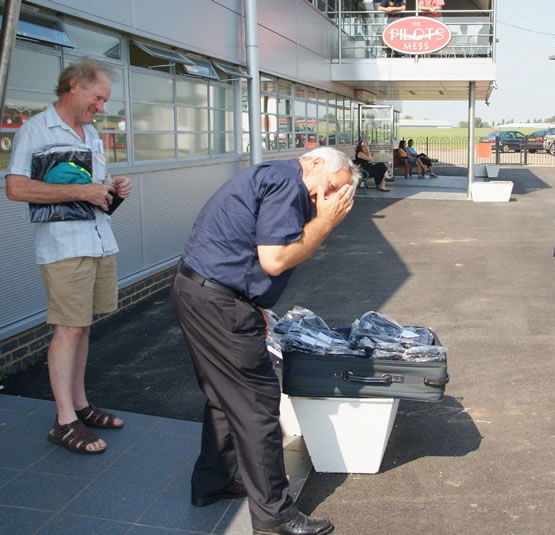 Whilst the handicappers, Dave, Mitch & Graham, are hard at work sorting out everyone's race positions,

He seems to be a little bit shy of the camera! 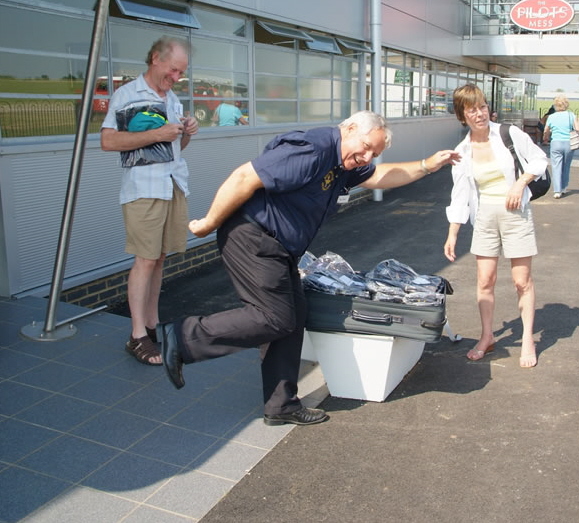 but Pete's lookout has spotted trading standards & he is off!!

Jane will have to make do with her 'Flying Monkey' merchandise instead! 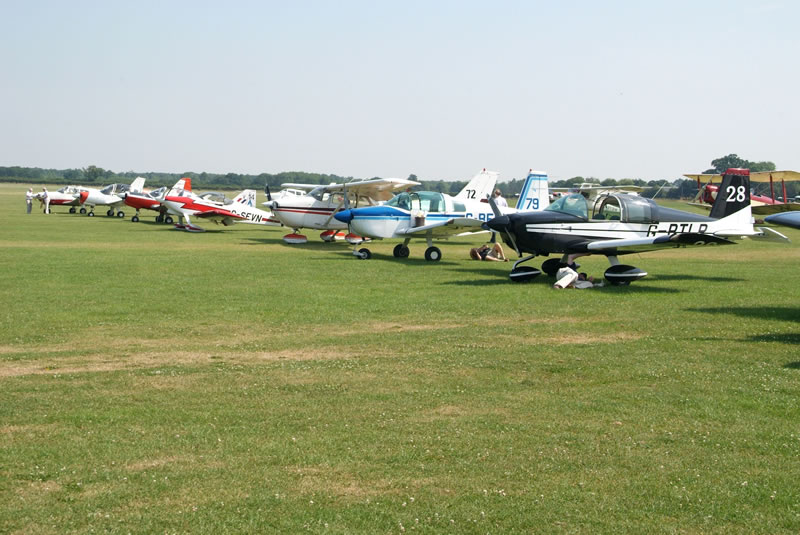 Some of the race aircraft......there were 26 race entries this weekend. 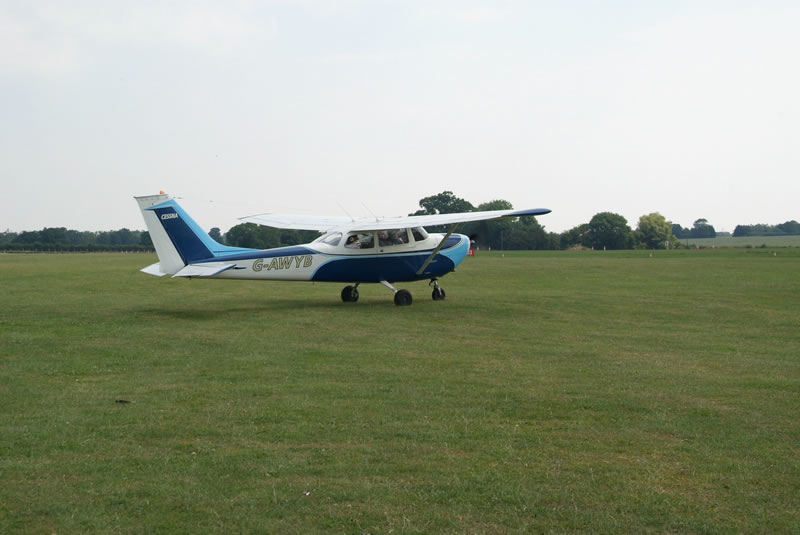 James & Rob flew in with some friends in G-AWYB to watch the race. 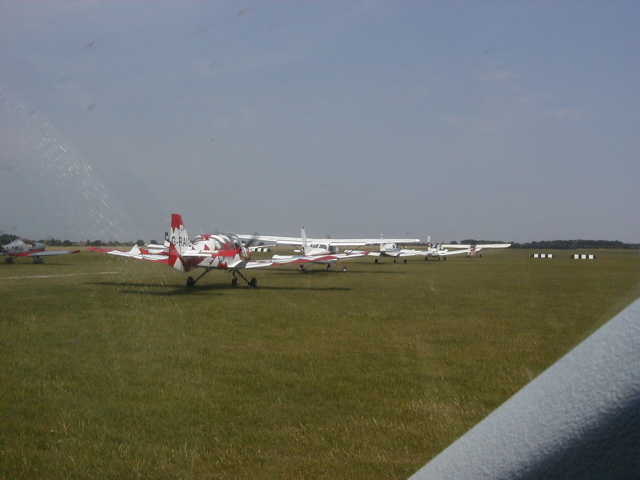 The race line up.....Slowest aircraft first then everyone at 10 second gaps.

Everyone is given a 'start times' sheet & moves into position according to the order of take off. 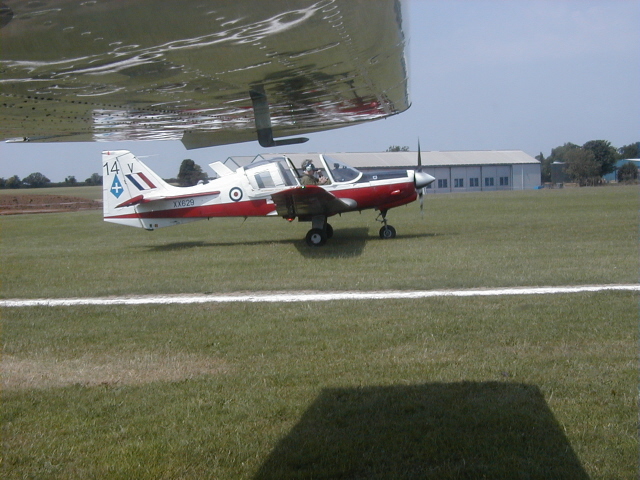 so they had to chase them around the course trying to overtake where possible! 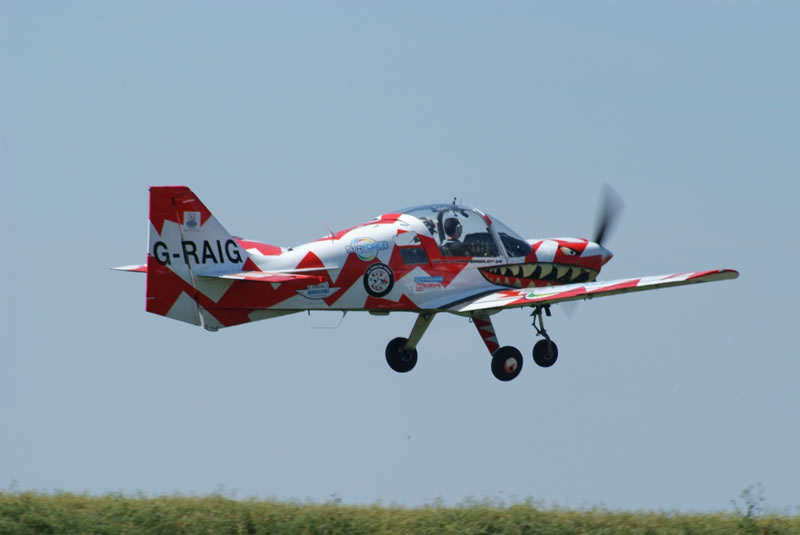 Race 35, another Bulldog. Alistair & Craig take off just in front of Race 177. 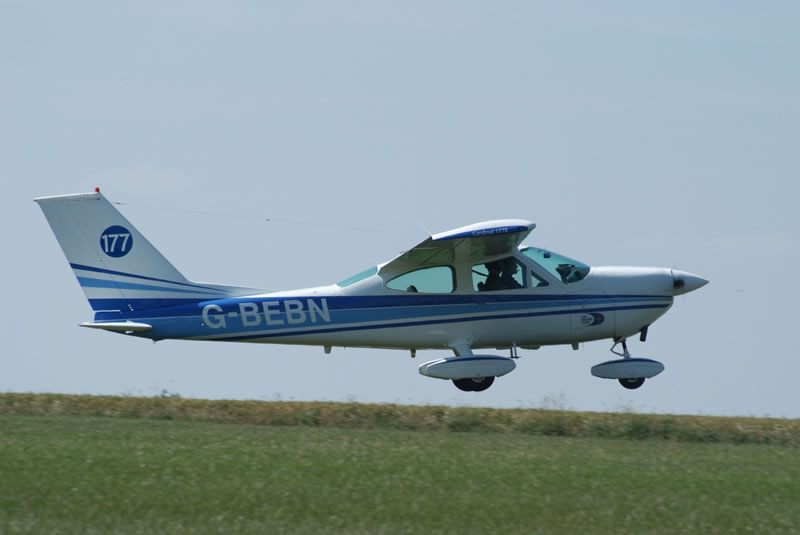 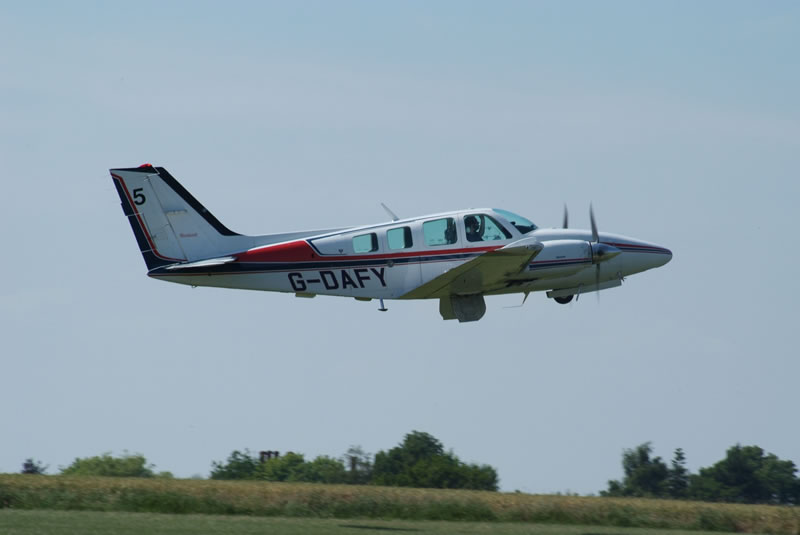 The twin engine planes are last to leave the airfield, almost 25 mins after the first plane!

They have to 'lap' everyone first then everyone gathers at the finish line! 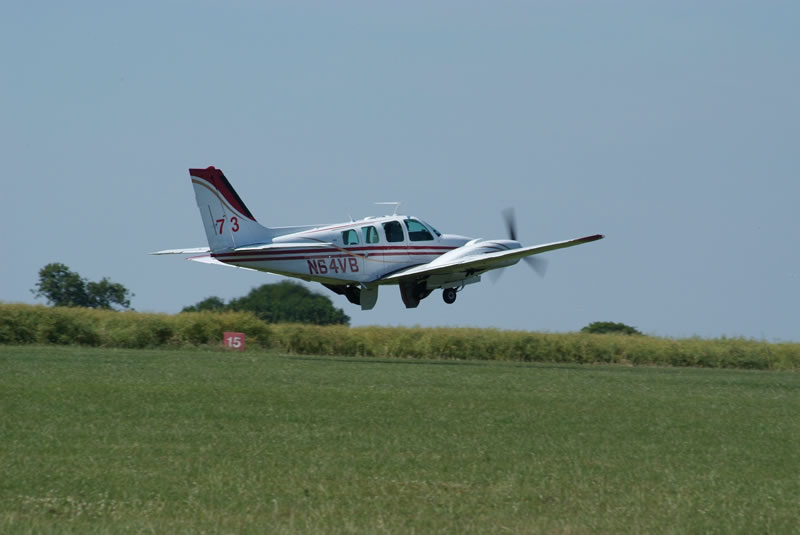 Race 73 Tony Beynon & his son Steven in their Beech Baron.

They go round the course at around 220MPH - terrorising all the slower aircraft! 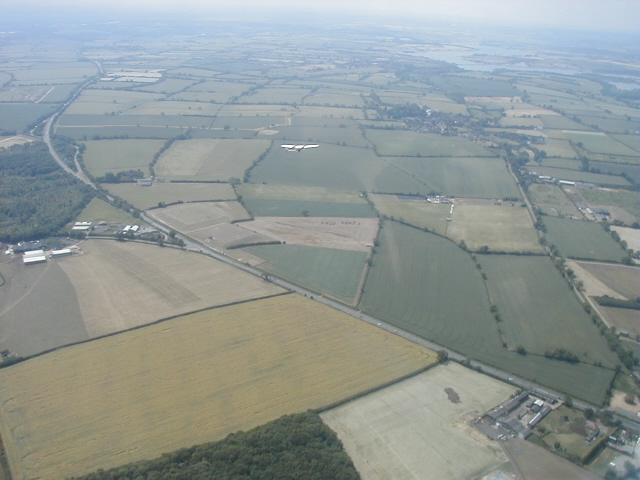 Visibility is excellent! The race went really well for Race 177! The turns went well & the other planes seemed to move out of the way!

There is a specific point from the airfield where, on the final lap, the pilots can descend to 100ft to go over the finish line.

Race 177 was first over the line, but that dosent always mean that it will be the winning position.

The handicappers have to work out all the timings & alter the aircraft positions in to 'real crossing the line times'.

So it was an nervous time waiting for the clerk of the course (Tim) to come out with the results. 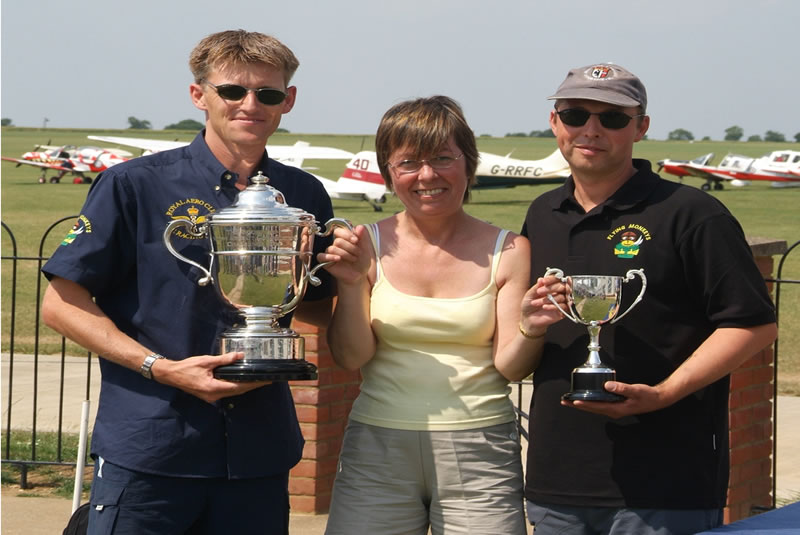 Rob, Jane (official time keeper for The Royal Aero Club) & Paul at the presentation of the S.B.A.C. winners cup. 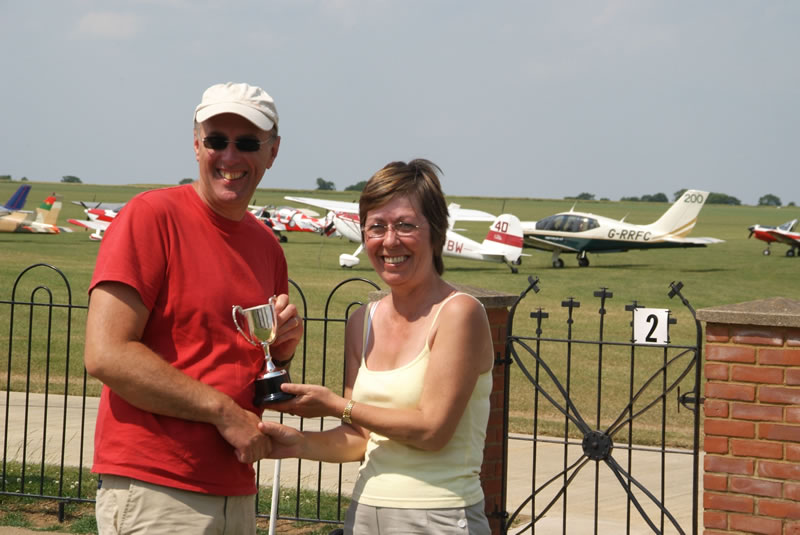 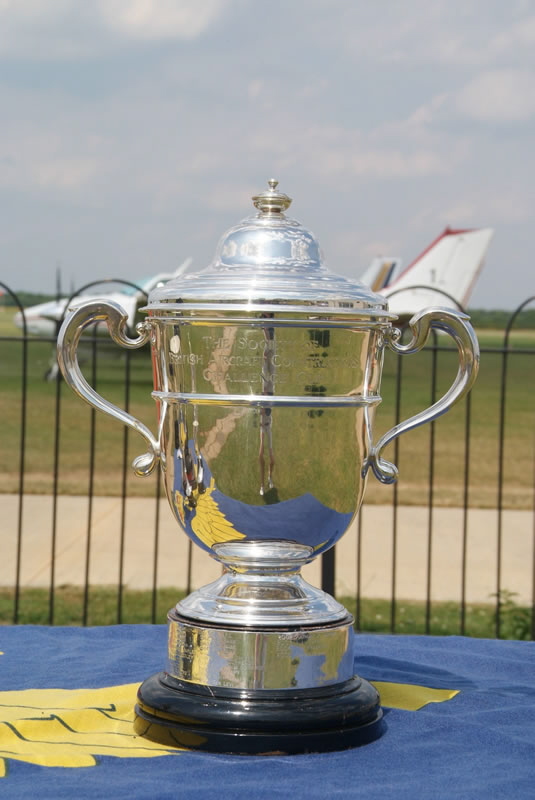 Unlike the winners cup! Plenty of room for the Moet in here!!

The Society of British Aircraft Constructors Challenge Cup dates back to 1927.

Now it has pride of place with The Flying Monkeys until next year! 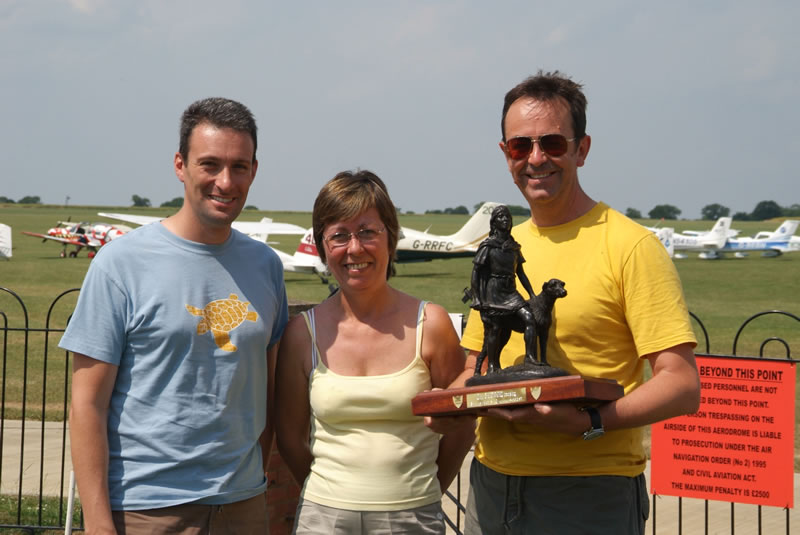 Race 35 Craig & Alistair with Jane. They won Saturdays' race & were presented with The Gaelic Hunter Trophy.

They were winners of the S.B.A.C cup last year. 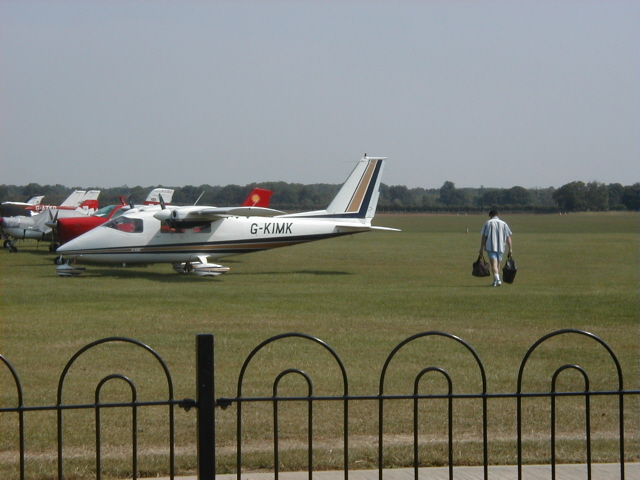 It was time to load up G-KIMK with all the laptops & handicapping kit before departing to Thurrock. 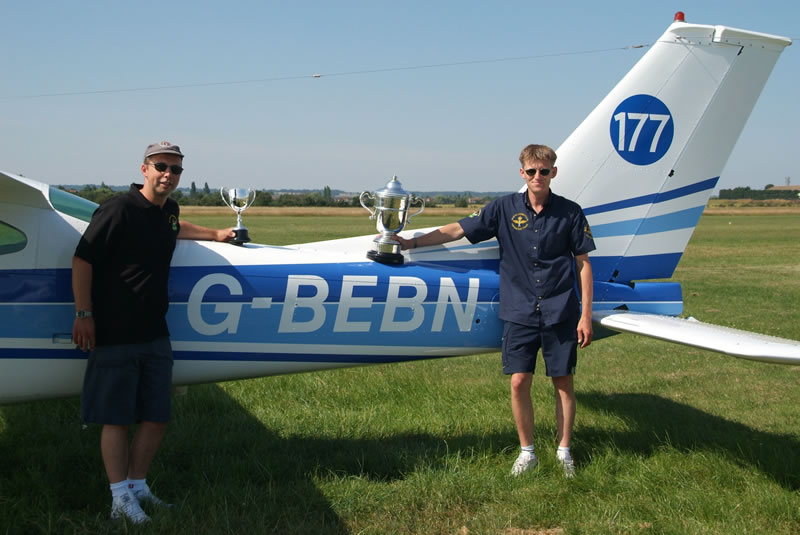 Race 177 Paul & Rob back at Thurrock. The smaller cup is presented from The Royal Aero Club as a 1st winners Cup to keep.

Then it was off to celebrate in HQ (The Dog & Partridge pub).

Upon arrival there & with the winning cup on the bar, the landlady treated The Flying Monkeys to a celebration drink!

A fantastic weekend.....again! Thanks to everyone involved at Sywell Airfield & The Royal Aero Club.