A few weeks after getting back from the December trip, we were booking the next one!

April was the timeframe, but we encountered a few issues...

The weather was unusually wet for that time of year..

Insurance to solo on the H500 was not in place..

Our expectations were not realistic..

and we arranged a further trip for the July timefarme to complete the exercise.

We did however all go solo on the same day and Dee completed his written exam. 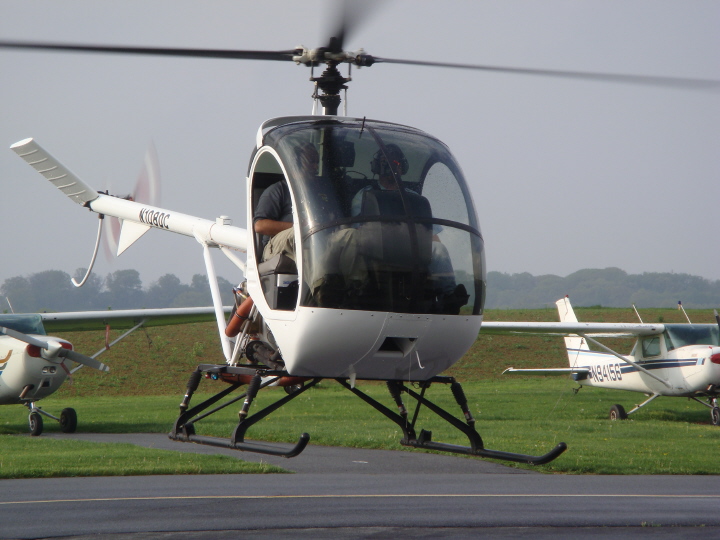 Jim takes Dee for trial flight in the Schweizer

The next day was wet, but we flew inbetween showers 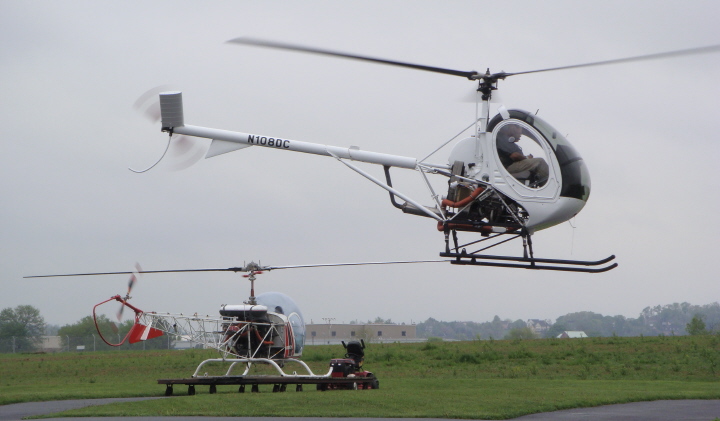 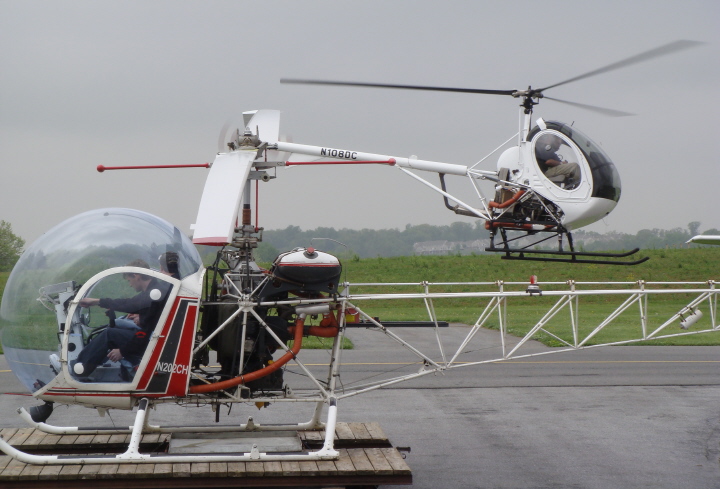 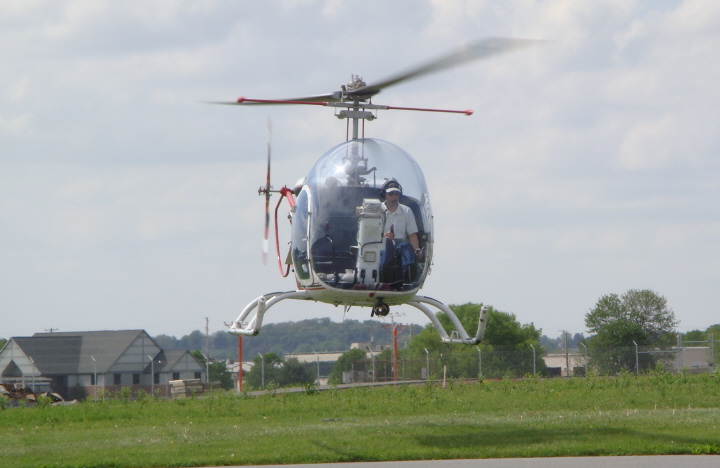 Paul in the hover - solo

The seven weeks between trips shot by and we were soon in Lititz again.

After checking in we went straight to DCH.

Terry, Jim and Hugo were ready for us and we started flying that night!!

in order to prepare us ready for our flight tests.

(Dee flew Paul to Reading for the test)

After getting re-aquainted with the choppers, we had to complete 10hrs of solo time including the cross country.

Dee had a little more time to burn, so he and Paul did the cross country in loose formation! 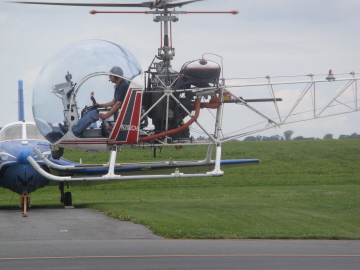 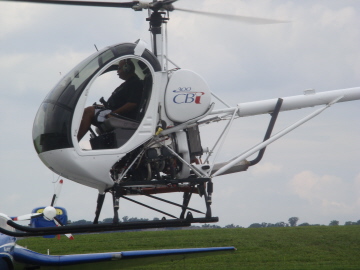 (with a detour via McGuiness for Dee to wait for Paul) 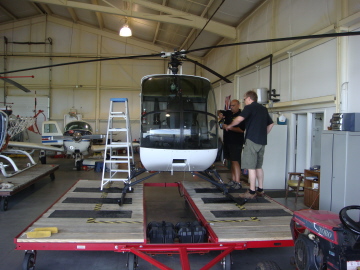 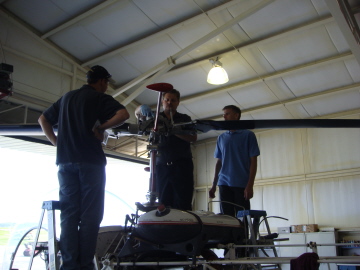 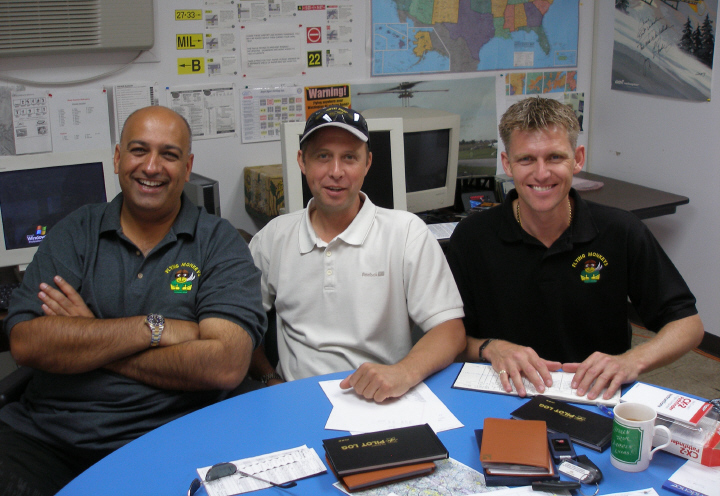 Monkeys still smiling despite the long hours and study....tired but happy. 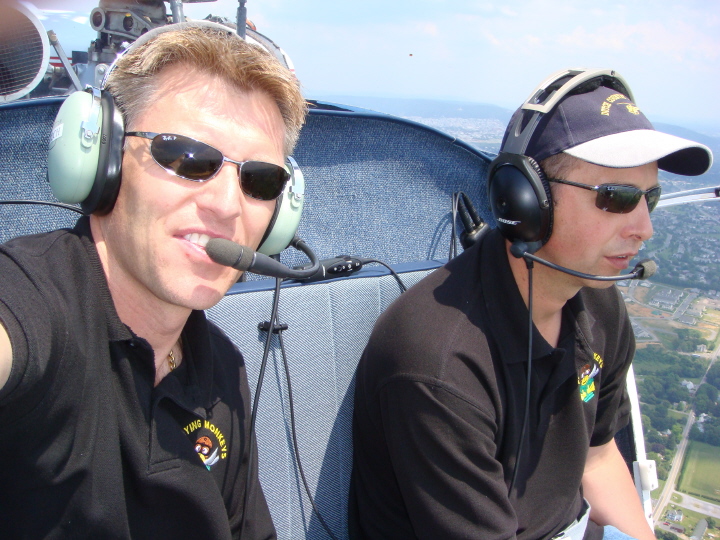 Taxiing back to the DCH ramp after Rob and Pauls checkrides. 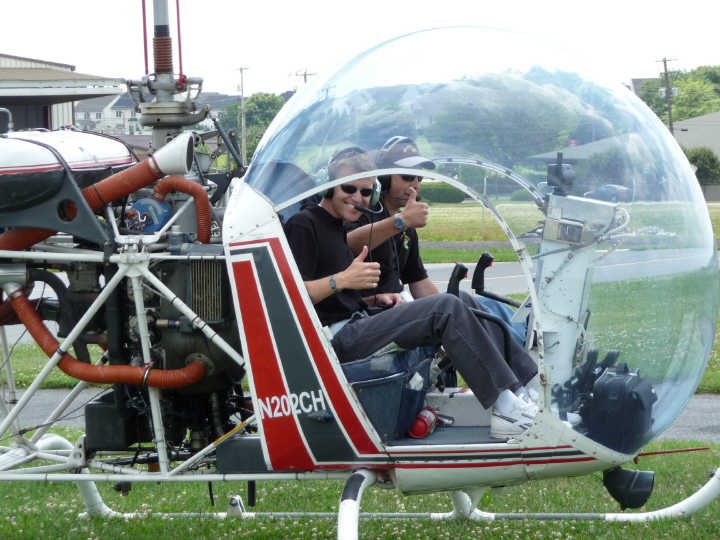 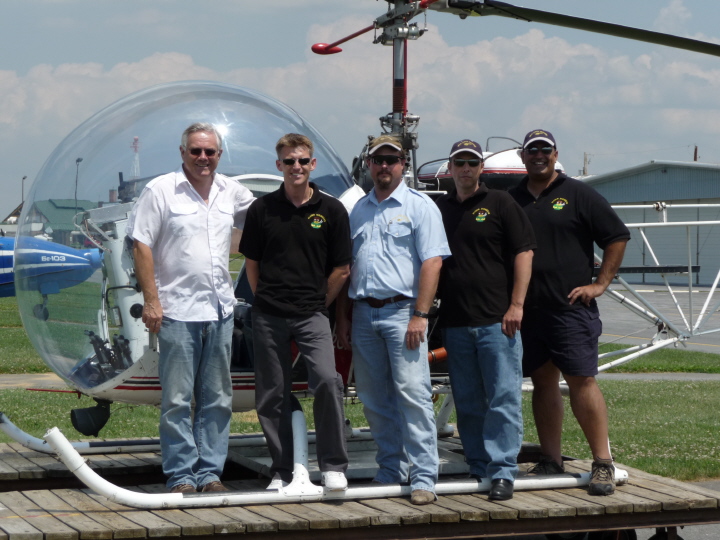 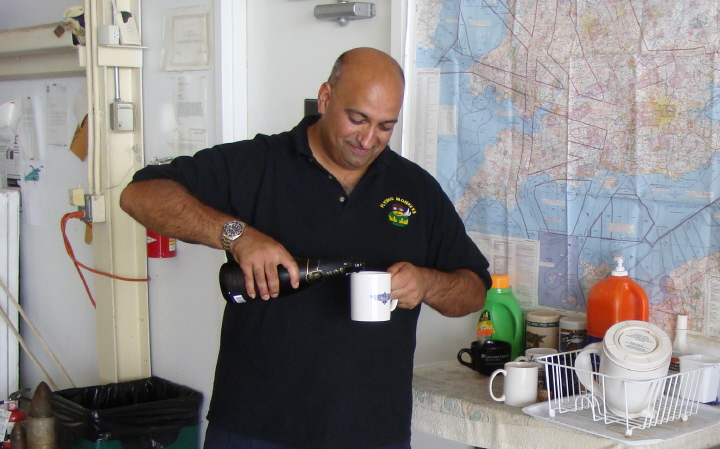 Then we started on the champagne.....no crystal though

Our sincere thanks to Terry, Jim, Hugo and Darren at DCH

for their time, patience, perseverance and drive in getting us through the course in such a short space of time.

Thanks also to Dawn and Tim at Scooters for their jovial support.

We will be back!

ADVICE for those who may want to follow this path...

1. Be realistic about time

The book says 20hrs dual and 10hrs solo - nobody we know has managed that!

Expect 40-50 hrs total time, effectively the full PPL course - you will be safer and happier!

You need 20 days of good weather (IMHO) to complete the course properly,

so you may need 2 or 3 trips to complete.

2. It costs money as well as time

Do your maths....budget for 50-55 hrs to leave some contingency

Get an FAA medical if going for a standalone FAA license

( for an additional charge of course

Prepare for your written exam and get it done either in the UK or early on your trip.