who was taking his GFT today. So we took some of the fleet along.... 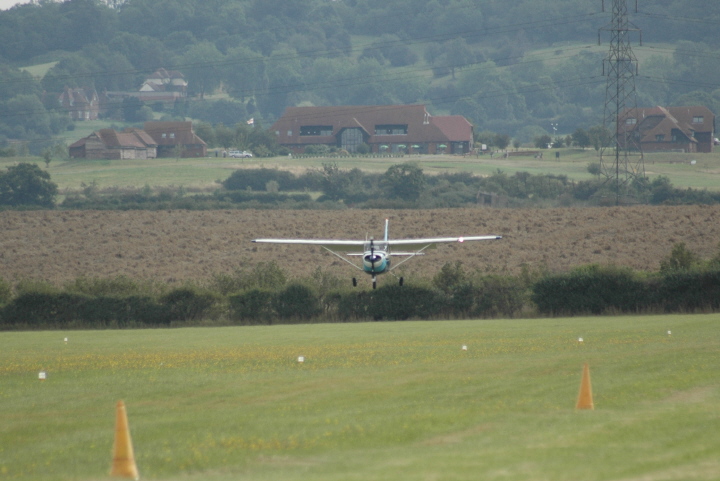 James brought G-YB in from Southend to Thurrock 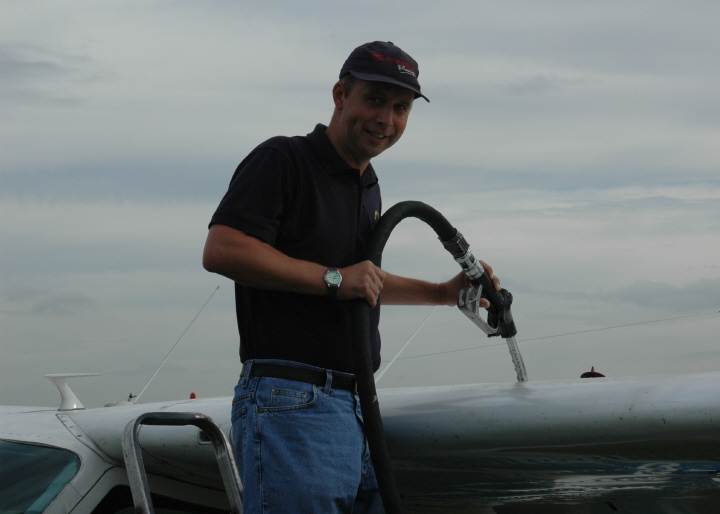 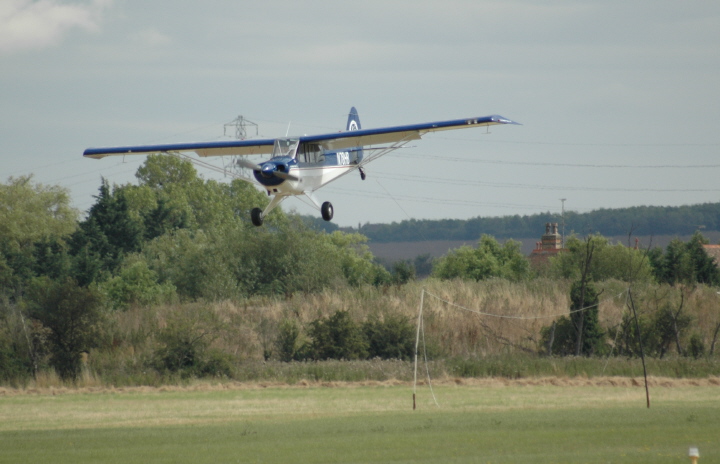 Mitch arrived and we pulled the P68 out of the Hangar 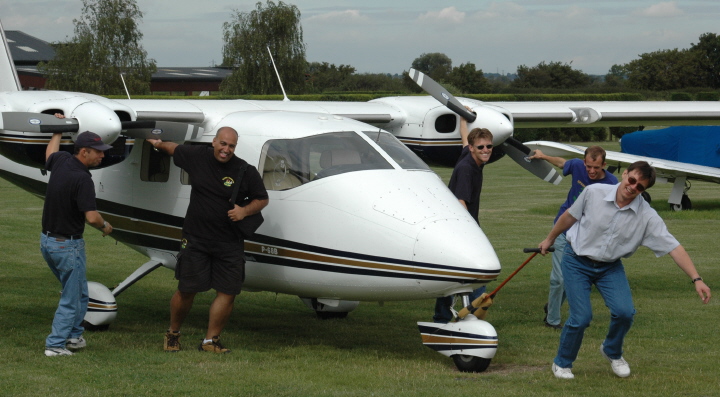 The latest method of fuel conservation...rotate!

Mark was in the circuit finishing off his GFT. 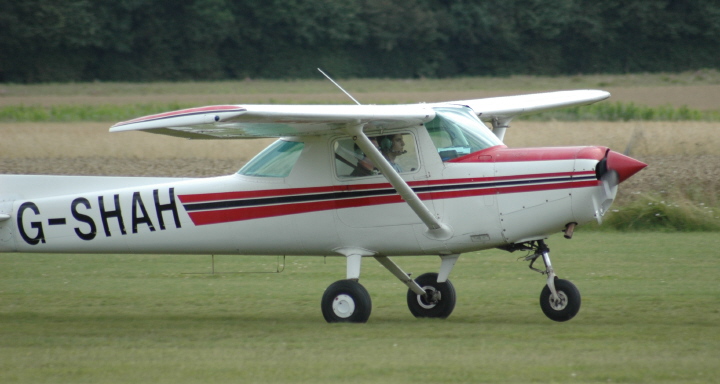 Another textbook landing..and off again. 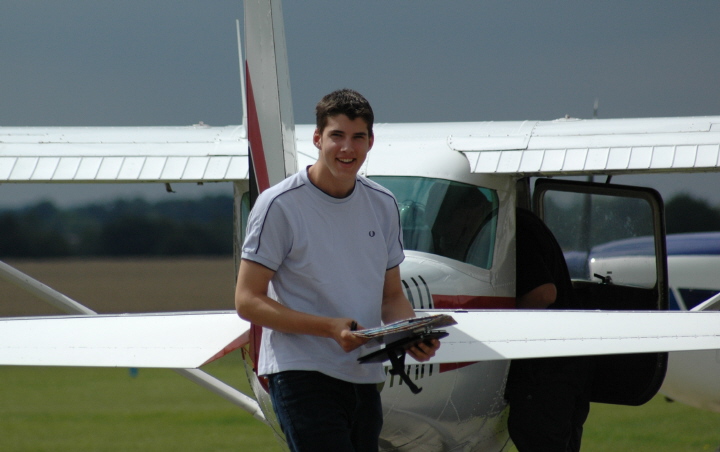 Mark strolls over to us after a succesful GFT..just NAV to complete!

So refuel and off again.

So the Monkeys were left watching the circuit traffic while Mark completed his NAV exercise.

Then a Mooney, just taking off coughed and spluttered, spat out some black smoke on climb out (not good)

and had to make a forced landing in a nearby cornfield. 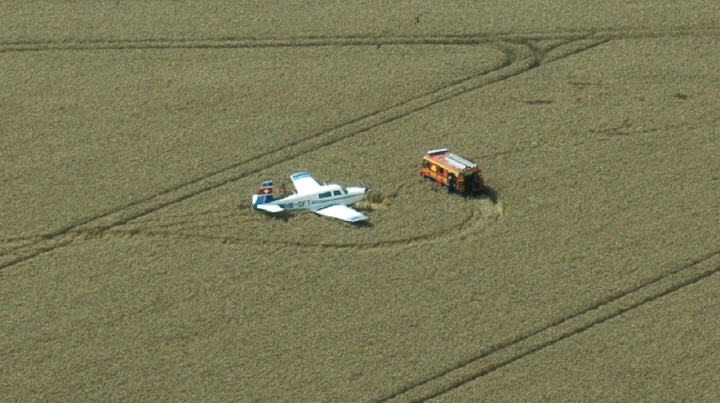 A textbook Forced Landing and both occupants escaped unharmed

and the field was re-opened. 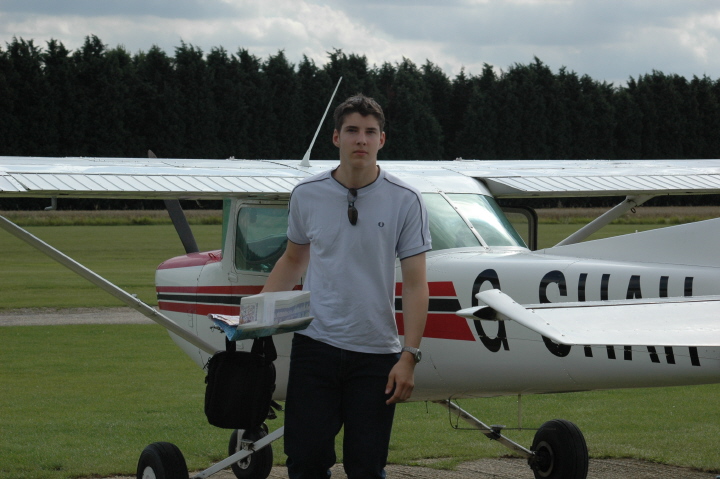 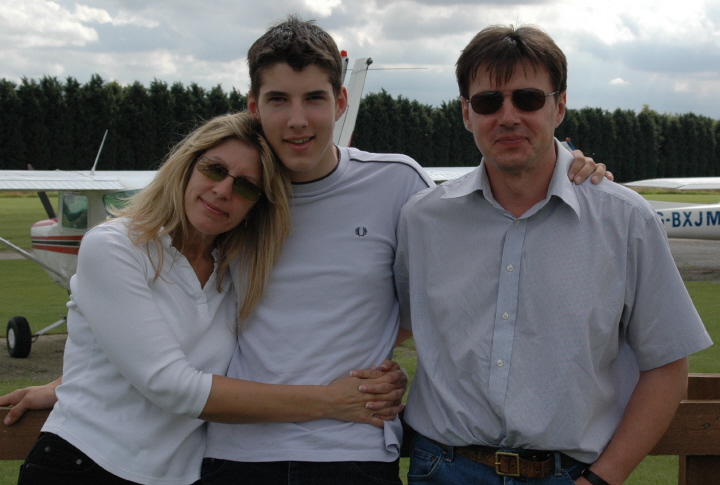 Mum and Dad with Mark

Watch this site for Ben's GFT. 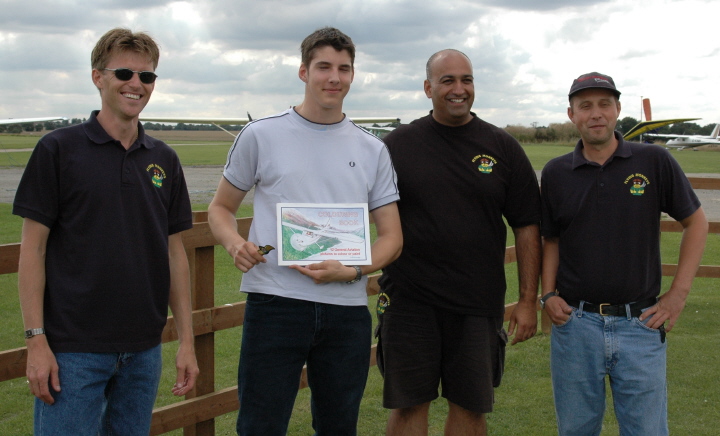 The Monkeys welcome Mark to the Squadron 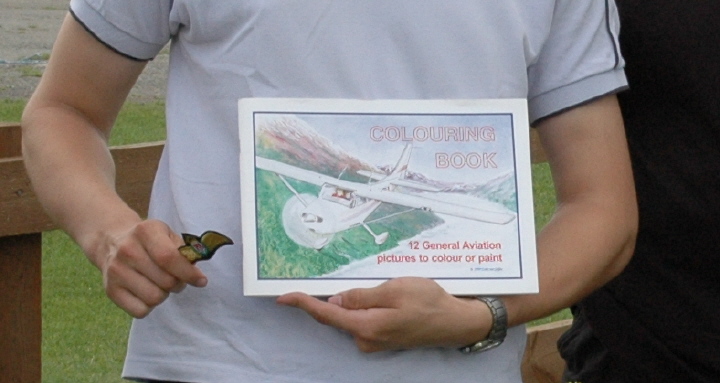 Presenting Mark with his PPL Wings and an Aviation Colouring Book

Remember Mark, if you have trouble colouring in the pictures...Paul is an artiste.