Whilst in California Rob & Paul couldn't resist the chance to visit Aircraft Spruce, the aviation Mecca for pilots!

Needless to say, thay came out of the shop loaded with new toys... 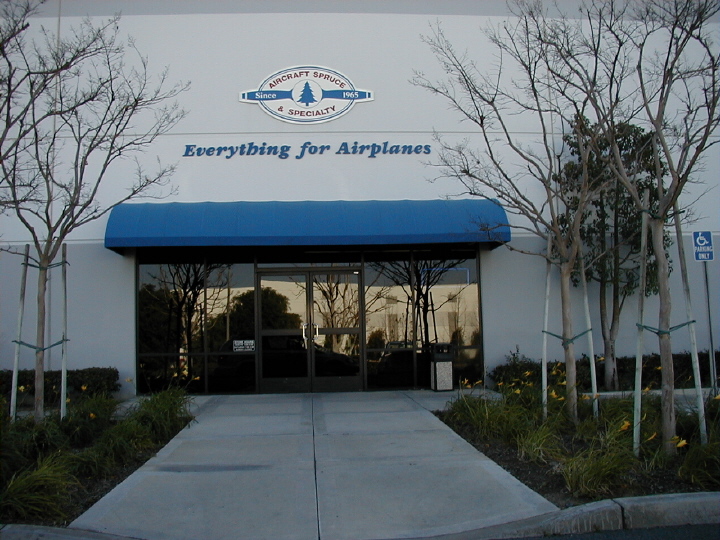 This was the chill out part of the holiday, so it was off to Yosemite National Park for Christmas in a Lodge 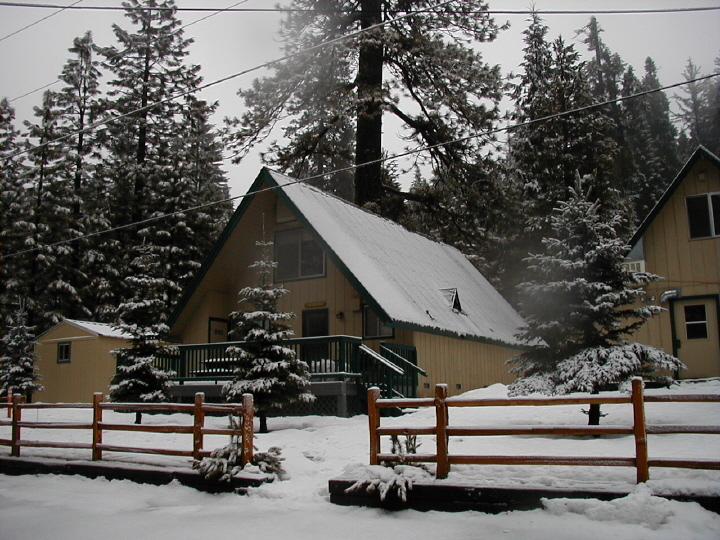 There was no flying to be done whilst in the lodge because of the weather.

So after Christmas was over it was off to Las Vegas for the second part of the holiday! 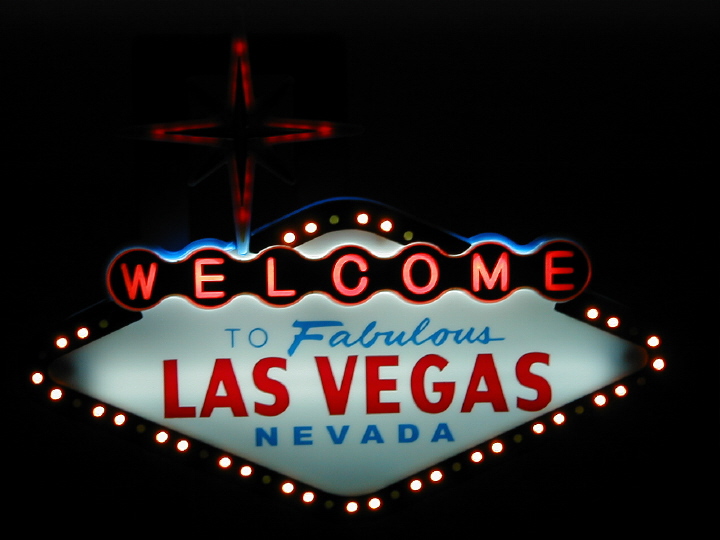 After everything had settled down because of the New Year celebrations in Las Vegas,

to find out about renting an aircraft & flying in Las Vegas! 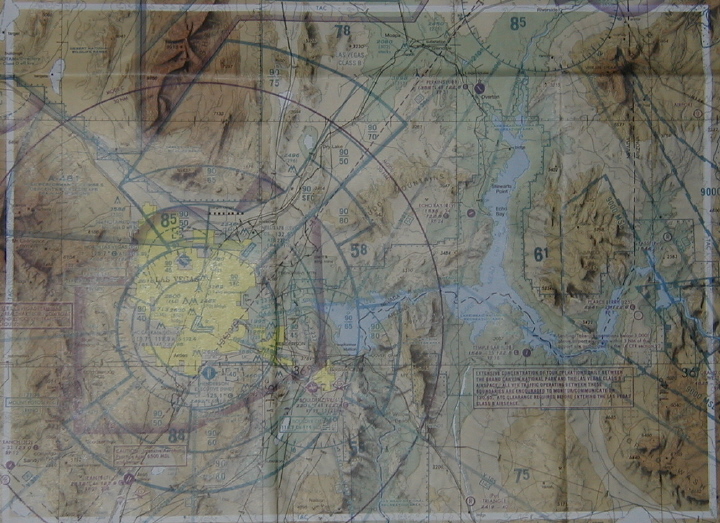 We were introduced to our 'Check out ride' instructor, Garrettson Southerland, who went through our paper work,

explained a few differences with flying in the USA & gave us some ground school.

Then it was off outside to climb into a Cessna 172.

We completed the walk round & talked Sara into comming with us on the check out flight! 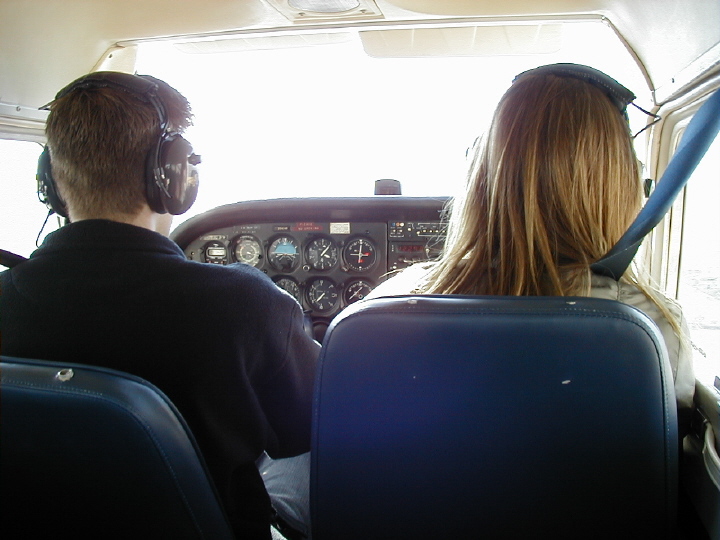 Rob & Garrettson up front, Paul & Sara in the back taking notes!

We departed from Henderson which is located just south of Las Vegas & flew to the training area where we demonstrated Slow flight, tight turns, engine failures & stalling. Then we joined the circuit for 'Jean' airfield (Southwest of Henderson) to carry out two touch & go's & then a full stop landing. There is no ATC at most of the airfields in Las Vegas; all radio calls are to 'traffic' & you just sort it out between you over the radio! Great fun when you are not used to how it works!! We had to negotiate with a helicopter that was about to lift off towing a banner! (only in America)!! 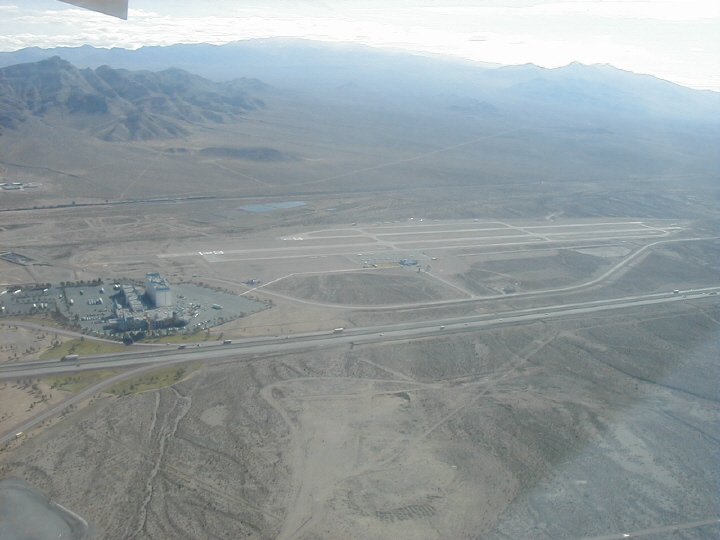 'Jean Airfield' - No landing fees, no booking in & no ATC!!! The hotel on the left would be a good place to stay!!!

After landing, Paul got in the left seat & we flew the same route back. 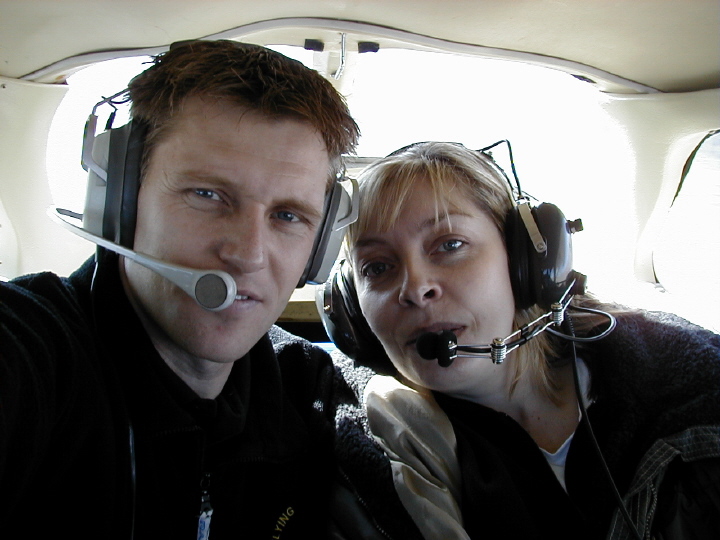 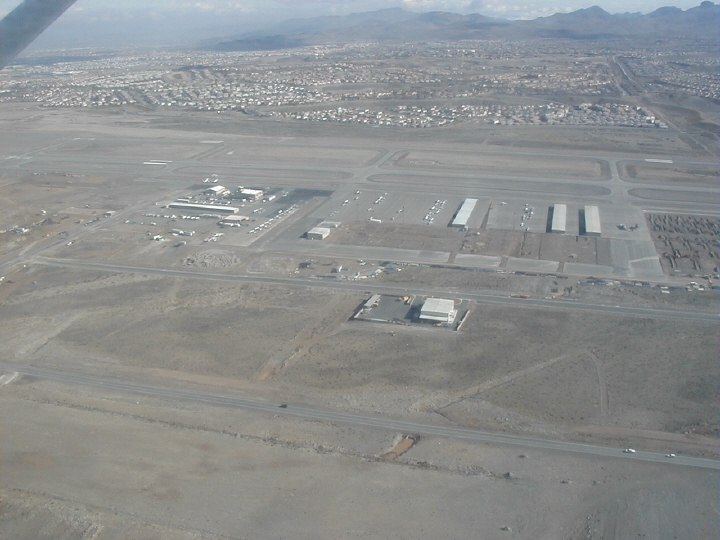 Garrettson was happy with the flying & we returned to Henderson Airfield.

No landing fees here either!

Paul on final for 17R, whilst another aircraft on 17L just touching down!

It was fun on 'base' when we were aiming for each other!!

After Two touch & go's we landed & Garrettson was happy to sign us off. 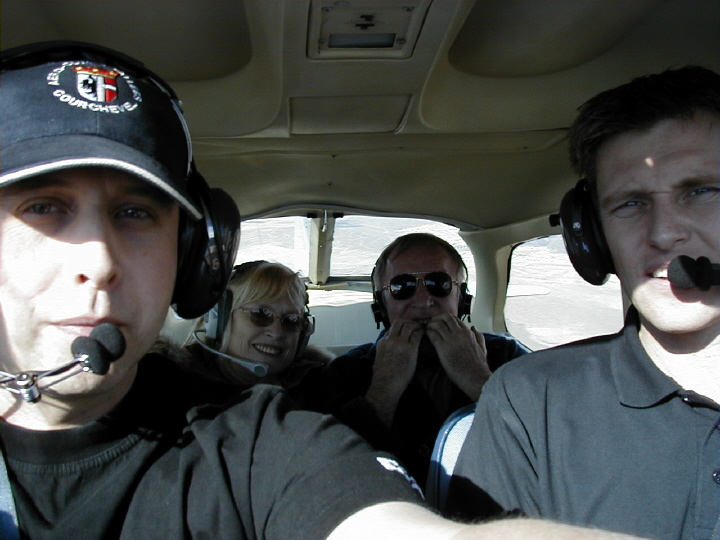 Paul, Rob, June & Vic climb into the plane & off we go to Hoover Dam to do the 'Dam tour'!

Vic soon got over the nerves!! 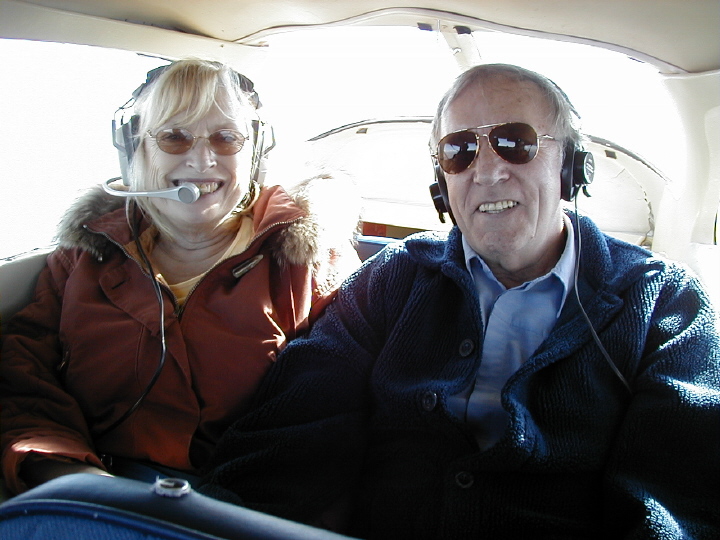 After Joining 'The Mile High Club' June & Vic relax for the Dam tour!! 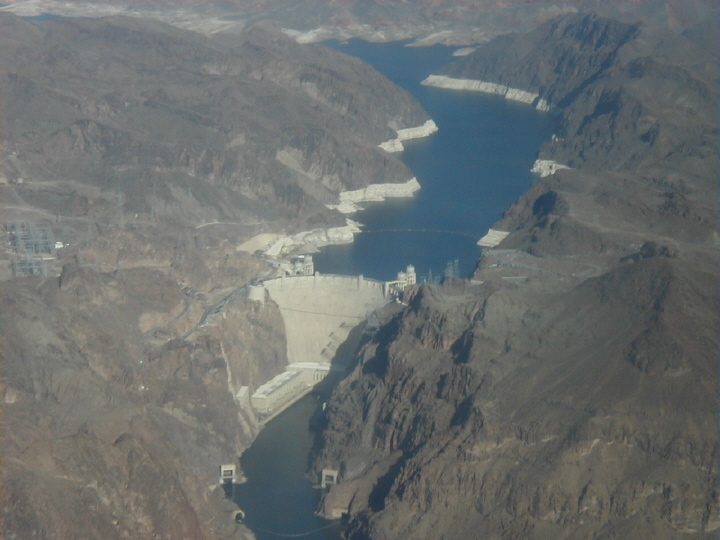 Las Vegas has a bit of a water shortage at the moment, the normal water level covers the white rim around the lake. 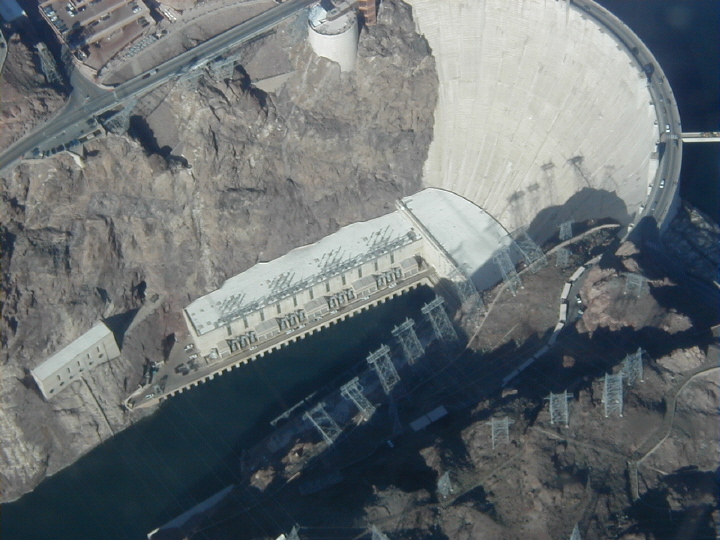 Although close to Las Vegas, the electricity generated from here is sold to another state

& Vegas buys theirs in from somewhere else cheaper!! 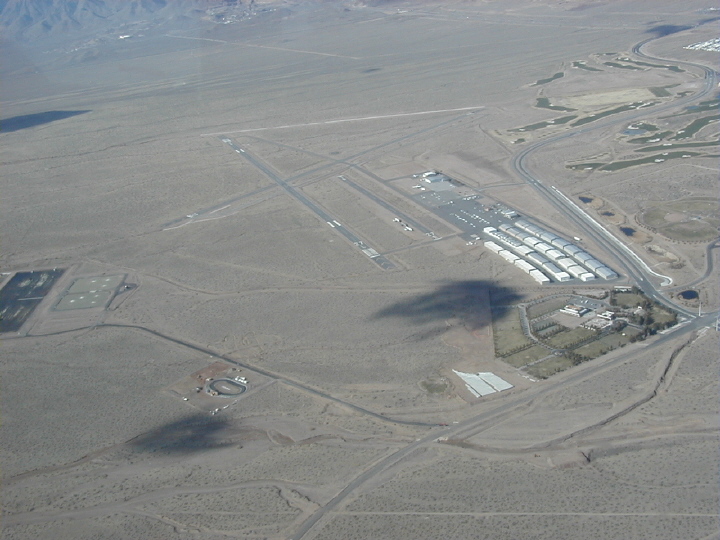 Whilst flying past this airfield we were just giving position reports to 'traffic'. Again, no ATC, free landings & no hassle! 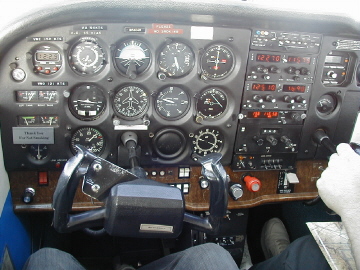 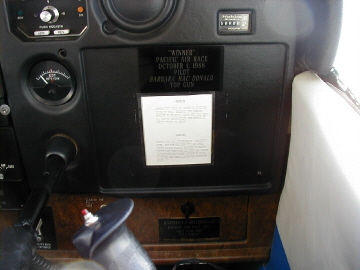 The panel of 'Cessna 148' was well laid out & everything worked! 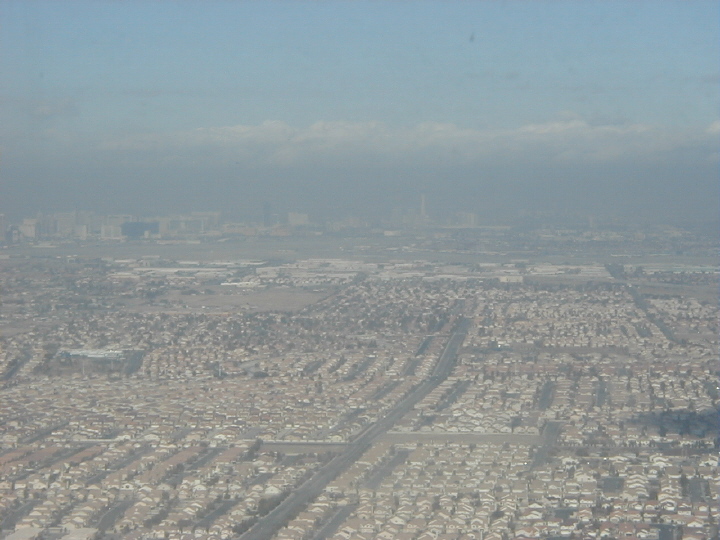 Las Vegas 'Strip' in the far background. It looks much better at night with all the lights!!

Because we were approaching Henderson from the South east, ATC gave us a 'straight in' for 35L.

We parked up the Airplane & went inside to pay the bill. We had the plane for about 3.5 hours

So flying in the USA is much cheaper, less hassle & great fun!!

Thanks to Garrettson & all the staff that helped out at Desert Southwest Airlines.