imagine our delight that the eventwas to be repeated at the same field this year...

...or in the words of Paul (our linguist) 'Jacobs Crackers' will suffice.

This year we took 3 aircraft and a total of 12 people.

The C177, The Lance and ofcourse The Partenavia.

Although flying under different rules, we planned to use the same stops for Customs and Re-fuelling.

Note: You need an Air BP card (ideally) at EDFE, unless you are paying cash.

AND: You get slapped for approx 20 to gaze briefly at your passports.

2nd Stop was Linz - Pretty much the same deal.

Note: You need an Aero Shell card for fuel here or pay cash.

You can pay by credit card if you argue, but handling slap you for 20 'admin'.

Climbing out from Linz, N945 could not get higher than F090 (due to downdrafts)

and so in IMC was vectored clear of the mountains.

Arriving at Jakab, we were met by Paul Tonelli and 'Geezer' (excuse spelling),

who plied us with alcohol before sending us to the new hotel 200M away.

Not far to walk, but Geezer provided us with two cars to run back and forth in!

What a Diamond Geezer!

Much mirth, drinking, eating and bowling ensued as we partied in to the night

(to the regret of some who spent the next day recovering).

There was a Ghoulash contest, a CFO meeting which we missed as there was confusion over lunch

plus Mitch and his crew arrived in the Partenavia on Saturday PM.

In the afternoon we were bus'd offsite to a National Park,

where we saw a rural horse show with Hungarian Cowboys.

(We ofcourse bought a CD)

Back at the field, we engaged in more merryment and bowling.

Sunday we departed at 0845Z after taking on some fuel

The return stops were the same and the wind/weather kind until we entered the mirk of the UK.

De-briefing was (as always) at HQ.

Another fantastic (if short) excursion...only 14hrs of flying over 3 days. 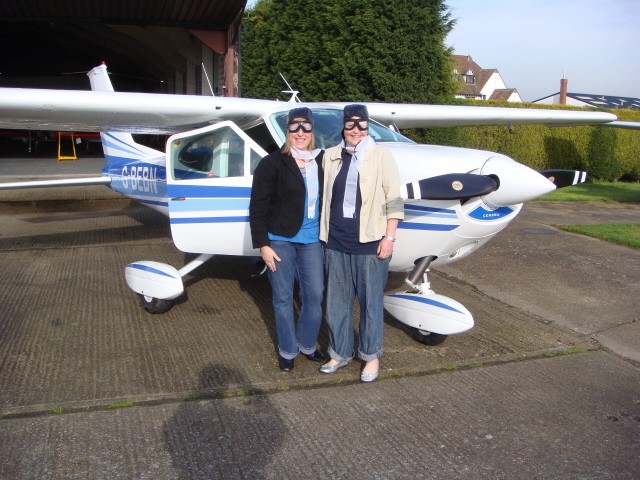 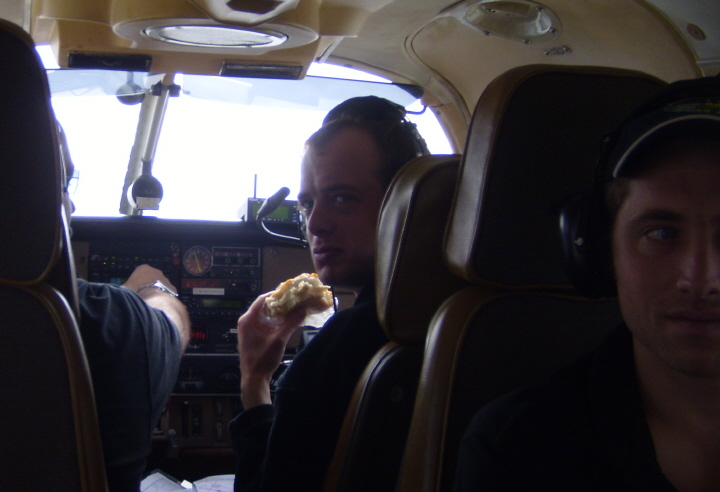 Airborne (N945) and crossing the Channel James having breakfast.......Dave is awake! 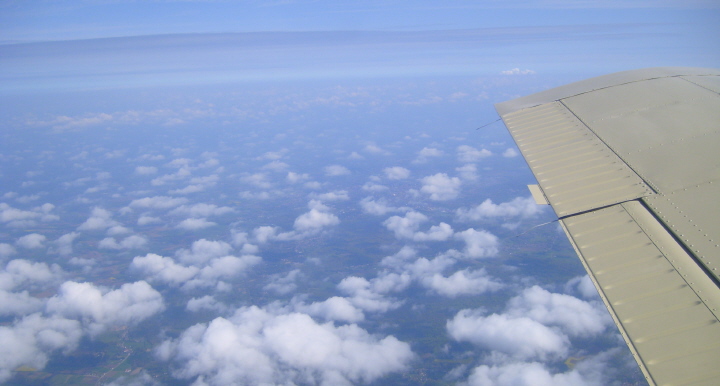 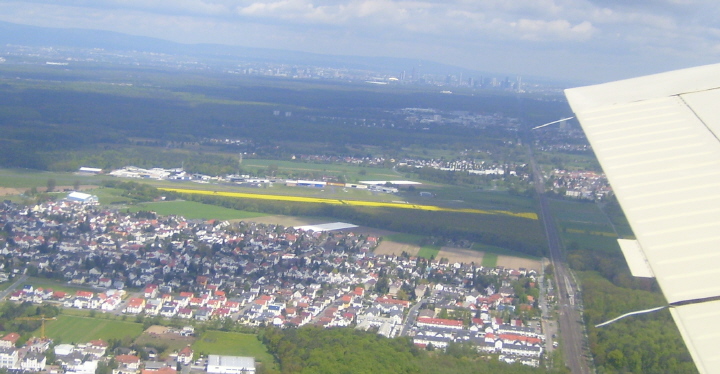 Downwind for 27 at EDFE Egelsbach 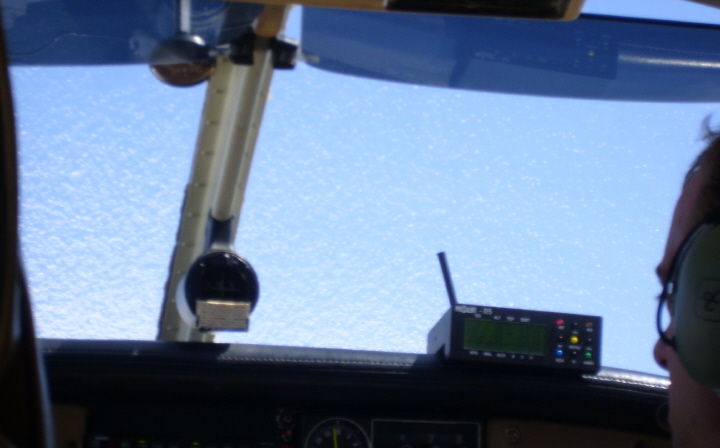 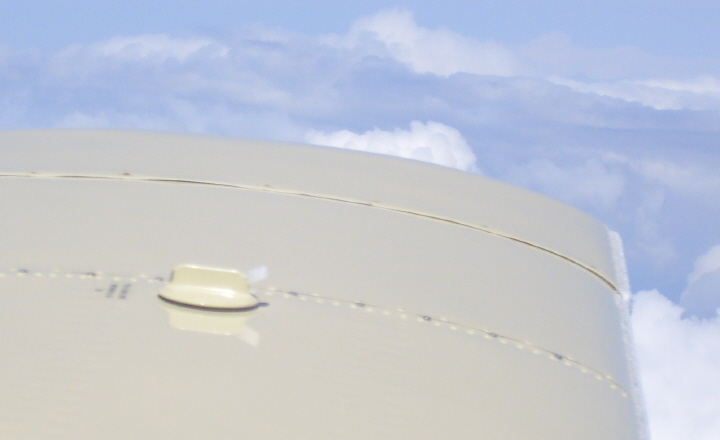 'Horn' on Fuel Cap..and some light ice on leading edge. 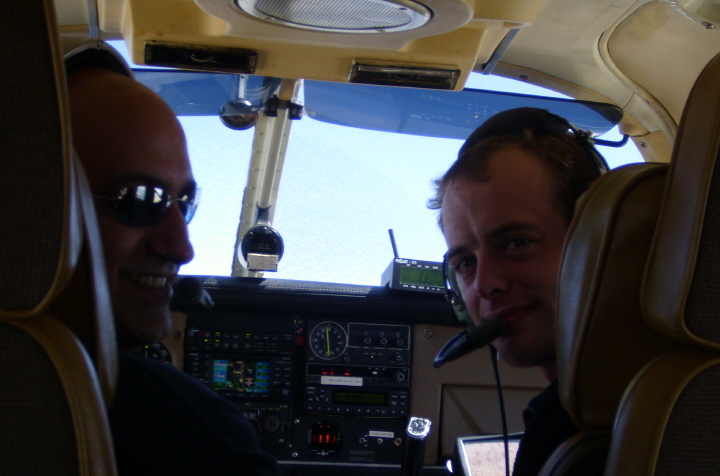 Proof Dee & James were still awake in the cockpit. 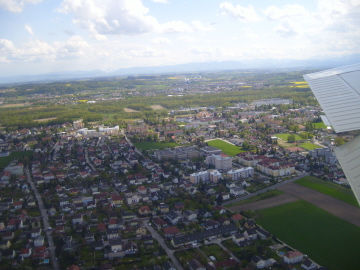 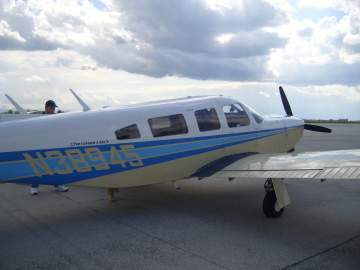 We completed a procedural ILS 27 at LOWL...and stopped for Fuel and a pee.

Climbing out from Linz, we could only make FL090 due to heavy downdrafts around mountain area.

So we routed around the mountains 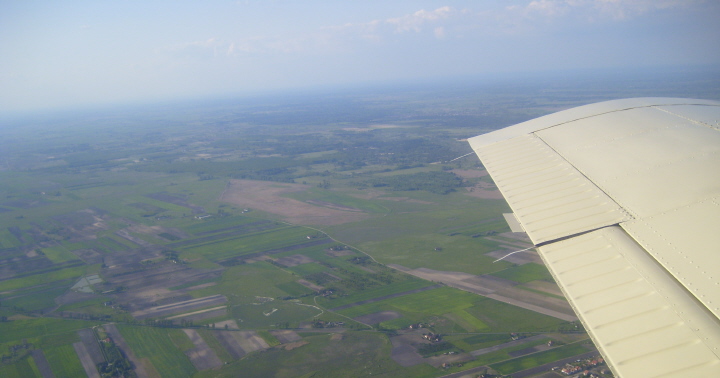 On the descent in to Jakab

Sunset after a long days flying 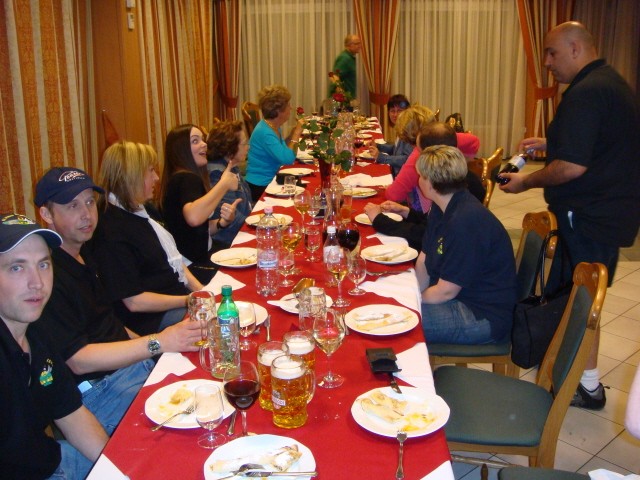 A hearty dinner was laid on by our host.... 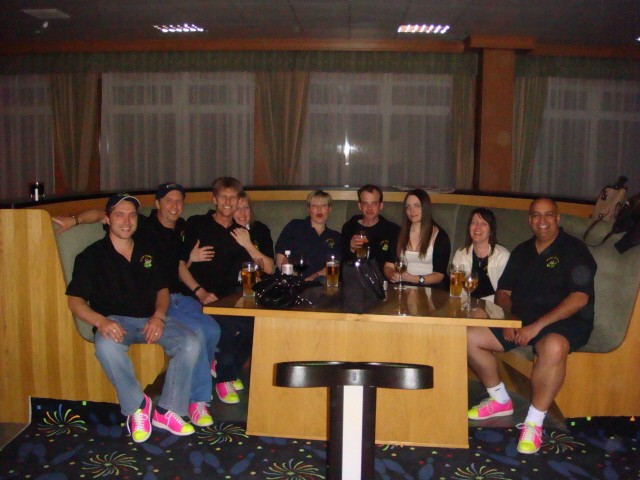 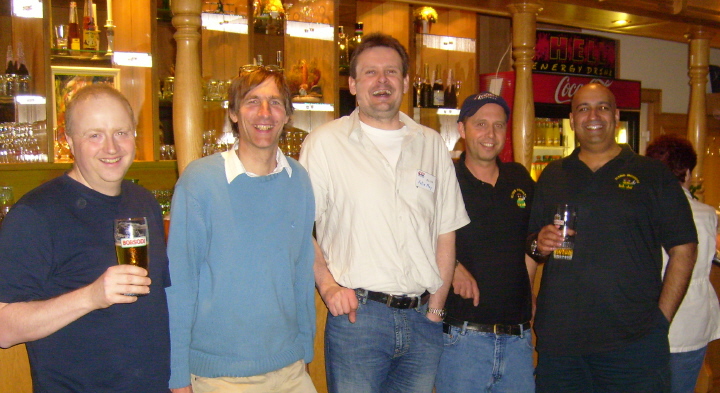 We partied in to the early hours 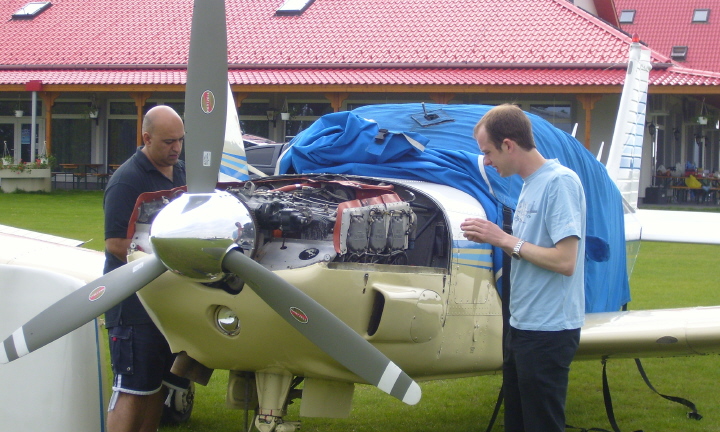 Hungover...Dee and James checking over N945 on Saturday morning. 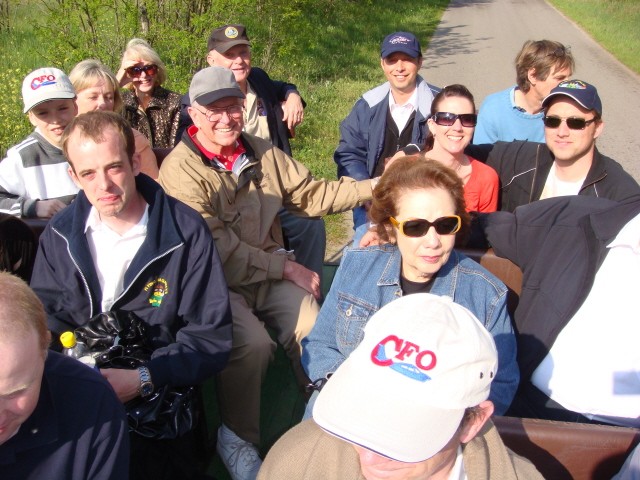 We went to the Hungarian 'High Chapparel' (Paul translated) with the CFO folk,

where we went for a long horse-drawn carriage ride and a Hungarian Cowboy show before dinner. 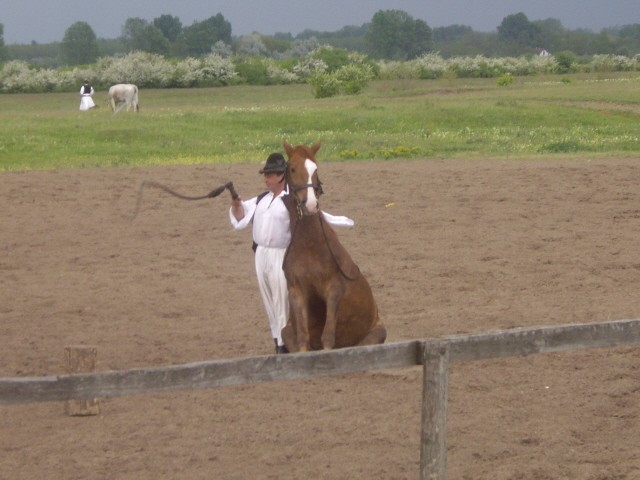 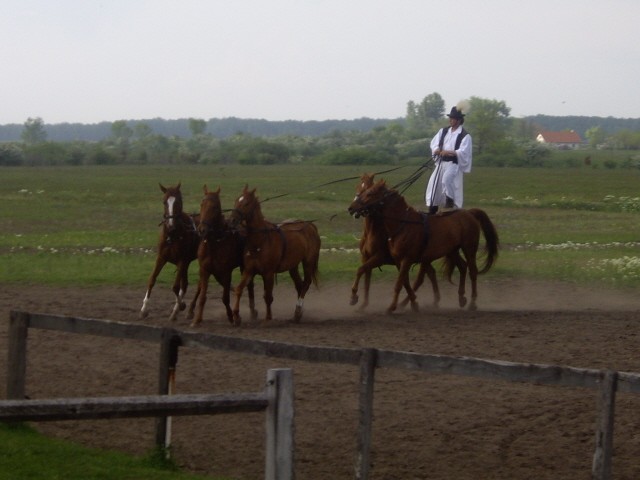 Then Dinner and a Gypsy band....we bought a CD naturally.

We seemed to have issues with camera batteries, so not many more pics. 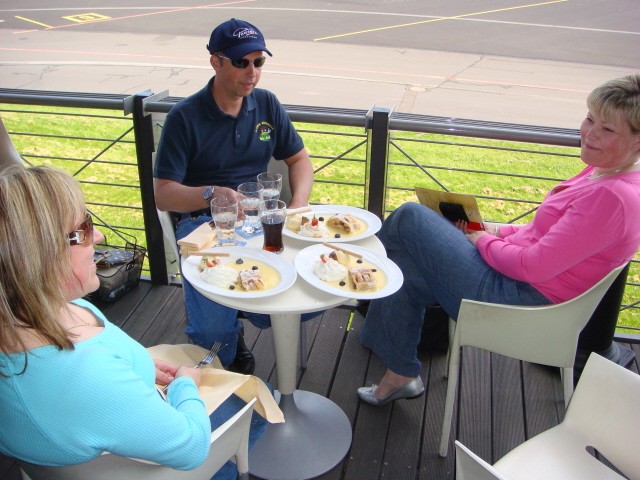 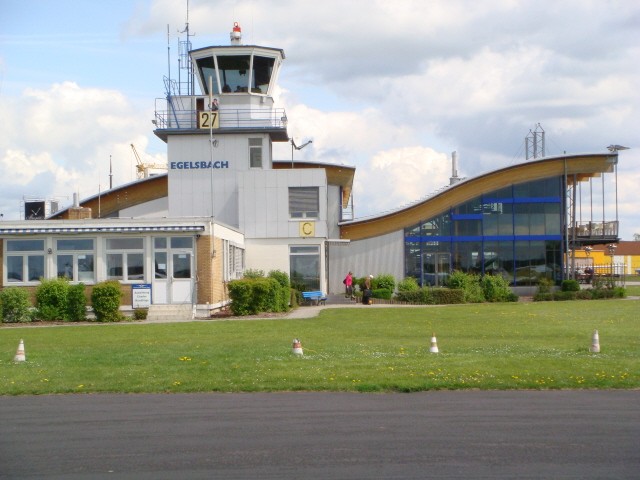 Departing after Refuel at Egelsbach

Serious Flying should be FUN!!!

Paul Tonelli for arranging the event

Geezer and his staff for their kindness and great hospitality

The CFO folk that made it from all over the world....making it a truly great event

The Monkeys for having fun

Heathrow Flight Clearance, for their assistance, helpfulness in filing, adjsuting and refiling our flight plans

EDFE 'C', for not taking the landing fee when James first went in

and refusing to allow us to pay over the Phone,

which forced us to turn around halfway down the taxiway!

EDFE 'C' for charging a fee to look at Passports.

It's not hard to be pro-GA, it encourages revisits.....