Isle of Man and the Manx Festival of Aviation.

After a crappy weeks weather, Saturday turned out nice! 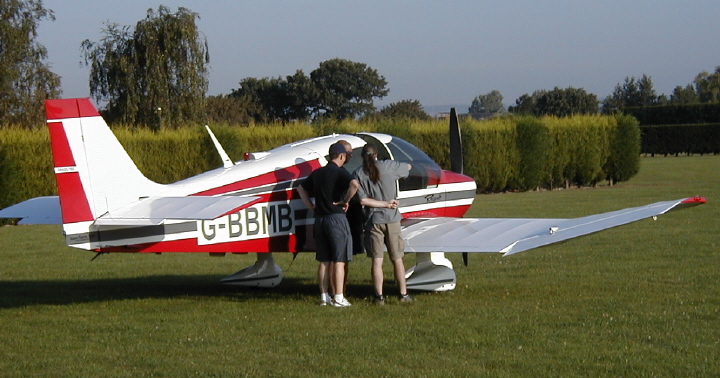 Broken (and Low) Cloud after Luton 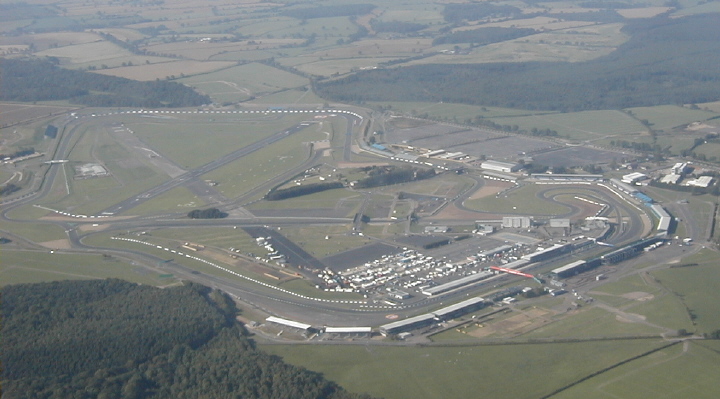 Isle of Man - Ramsey to the right 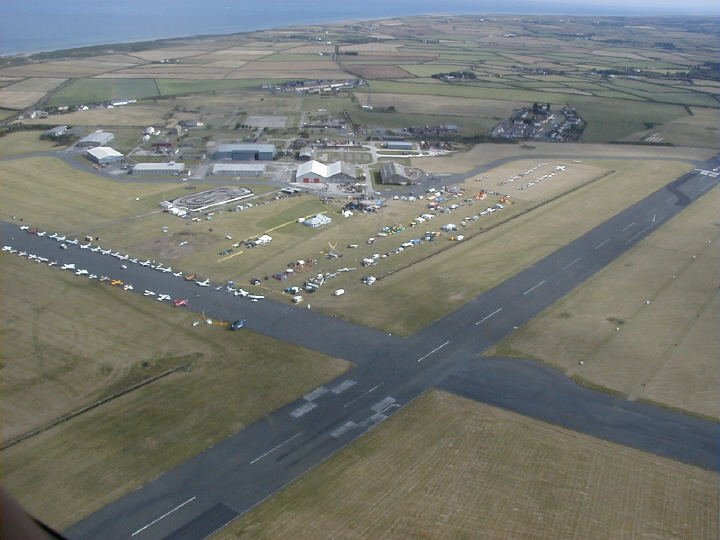 Special Branch were waiting in the Blue Bus 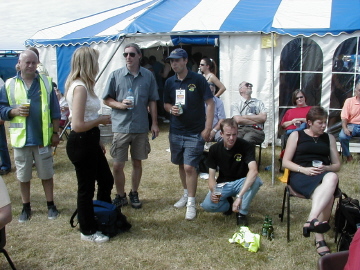 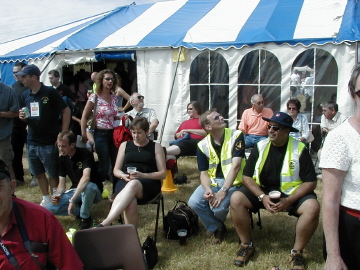 After a quick walk round the stalls we settled in at the beer tent to watch the show....for a change...

Here is where I would have put Air Show Pictures...but I didn't take any...Harrier, Hawk, Sea Vixen, etc..... 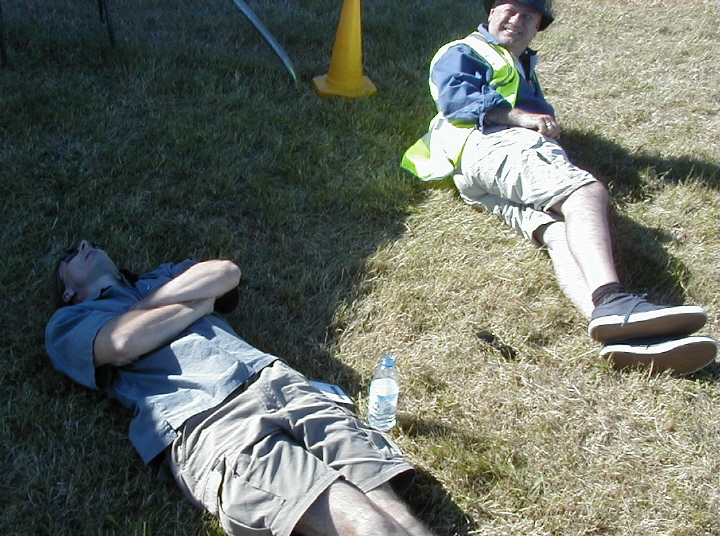 Early beers proved too much for Pete (lightweight)....Ian made sure nobody drew on Pete's face...

We took the coach back to the Grand Island Hotel and soon were consuming more beer,

before a brisk walk in to town to find a restaurant. We settled for Tapas in the Ariba Restaurant.

Next morning, breakfast was early (8am) and the coach left for the field at 0830hrs. 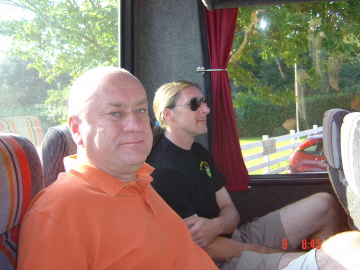 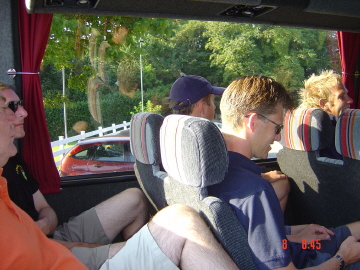 The wind had picked up and was blowing a gale, with the forecast deteriorating as the day wore on.

We decided to depart ASAP (before the air-race) and head for home.

But we had to wait for fuel and when we called up to request taxi...we were told we could not leave as the race had started

A quick phone call to Mitch and a word with Ken and we were on our way to the hold for 07.

Paul, Rob and James with G-BN

Dee, Ian and Pete with G-MB

Thanks to Mitch and Ken.

The crossing over the sea to WAL was slow with 30kt headwinds and poor visibility.

Once we made mainland it was bumpy all the way home.