Dee had always fancied having a go at flying helicopters.

After all, his generation had experienced the A-Team, Airwolf, Blue Thunder, Magnum, etc.

So he made some enquiries....Southend, Headcorn, Redhill...

when you considered the cost of Jet conversion.

Dee, Pete and Darren set off early on Saturday. 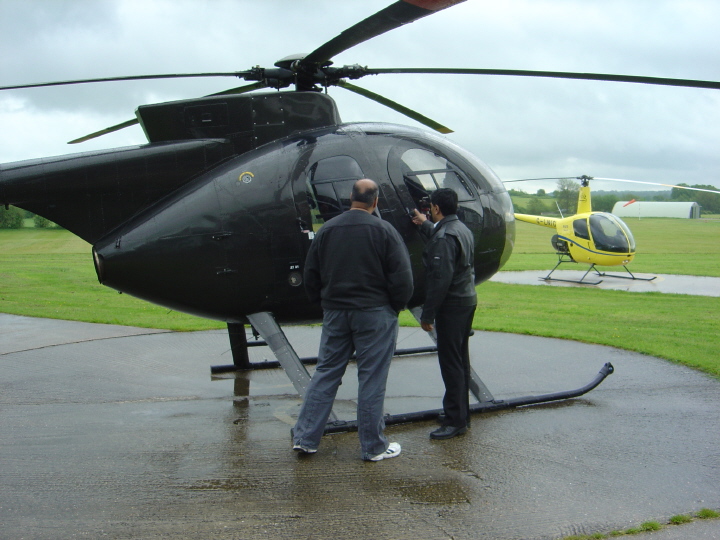 Dee and Ken conduct the walk round 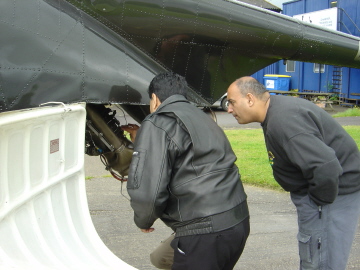 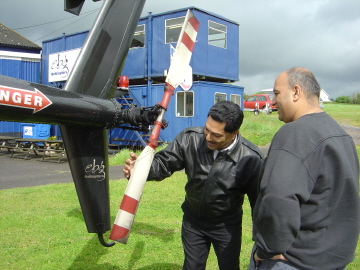 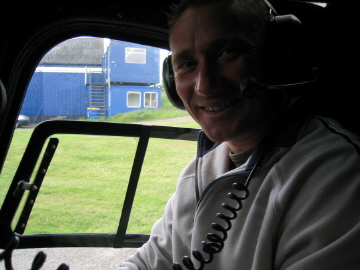 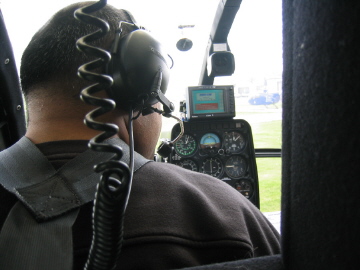 Darren in back as Dee goes through Start-Up sequence. 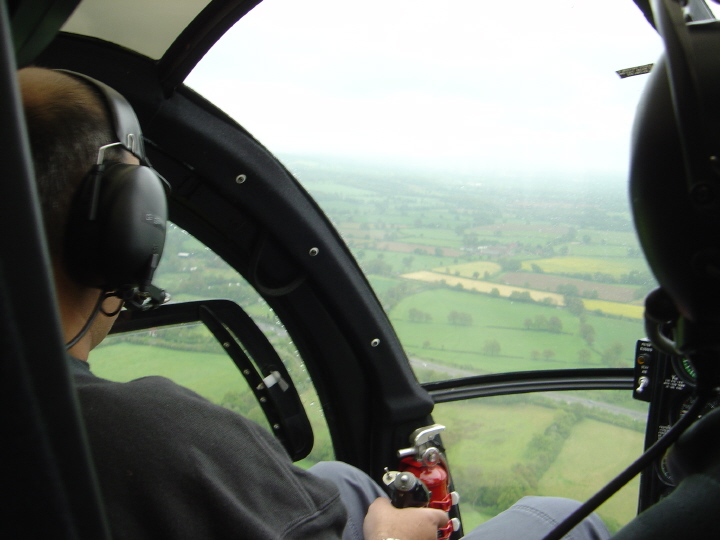 Dee at the controls....be gentle! 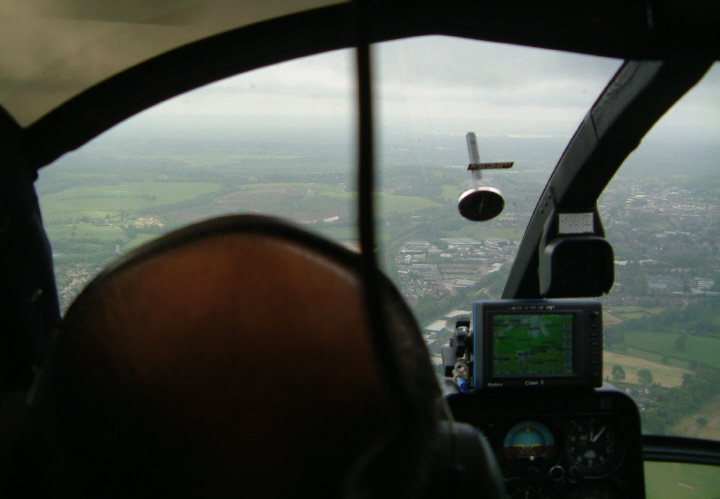 Getting the hang of this now.... 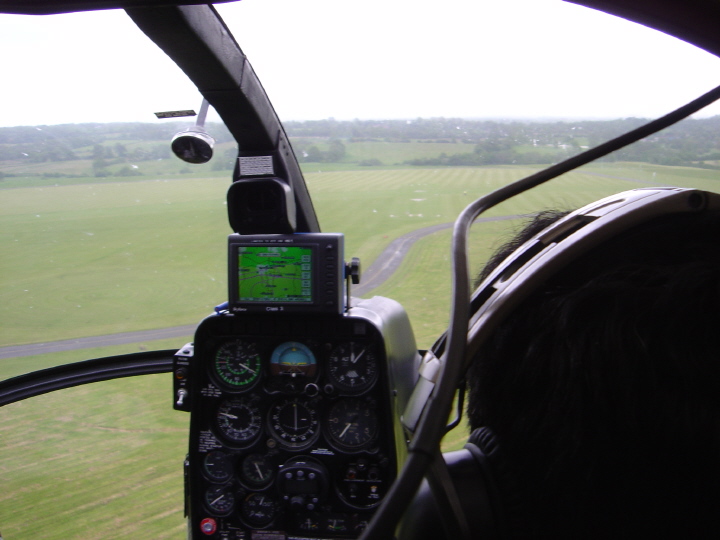 Coming in to Land on Heli Strip at Redhill 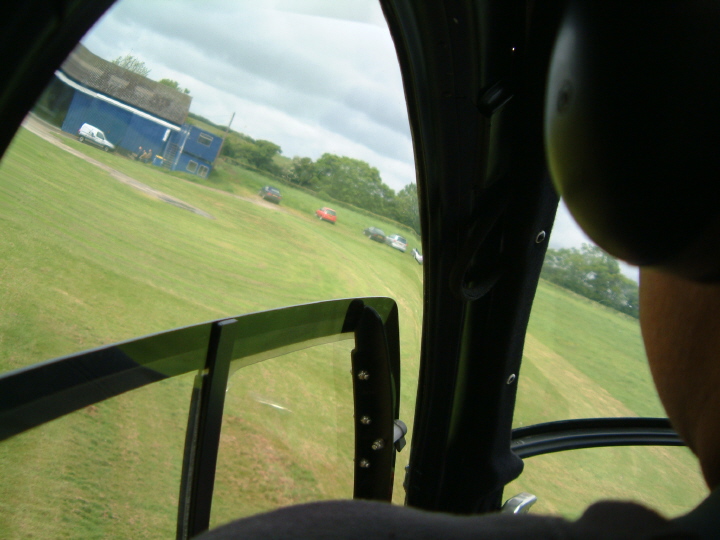 'Taxiing' back to EBG 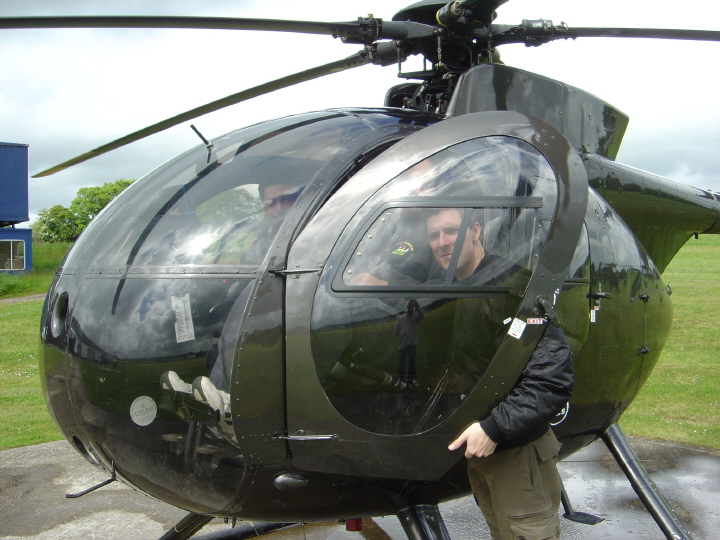 Out you get then...my turn! says Pete 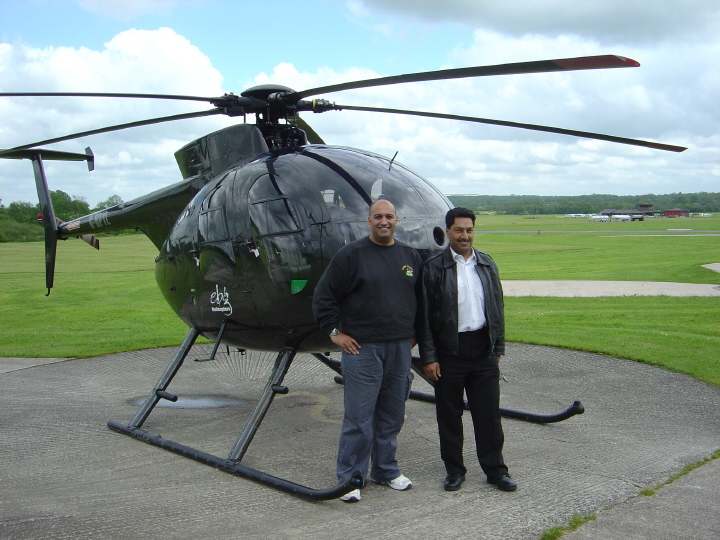 Dee and Ken with G-YL at the end of the 2nd Sortie.