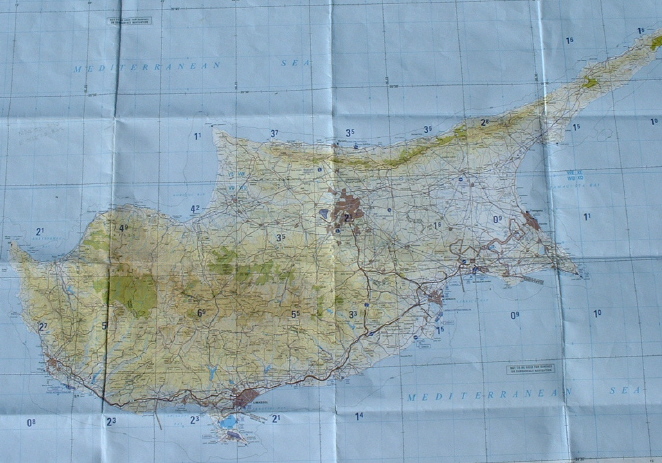 John had flown here before so he gave us a chart 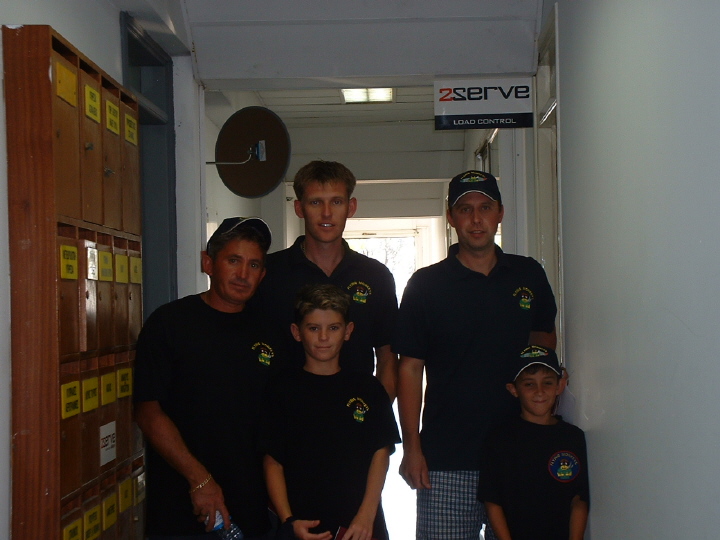 Rob, Paul, Mike, Stavreece & Levi waiting for the flight plan to be approved by the old Paphos tower,

then the new Paphos tower then the CAA & finally the police!!

We met Mark at Griffon who was to be our pilot for the check out ride.

After a briefing in the office we filed a flight plan & went out to the aircraft. 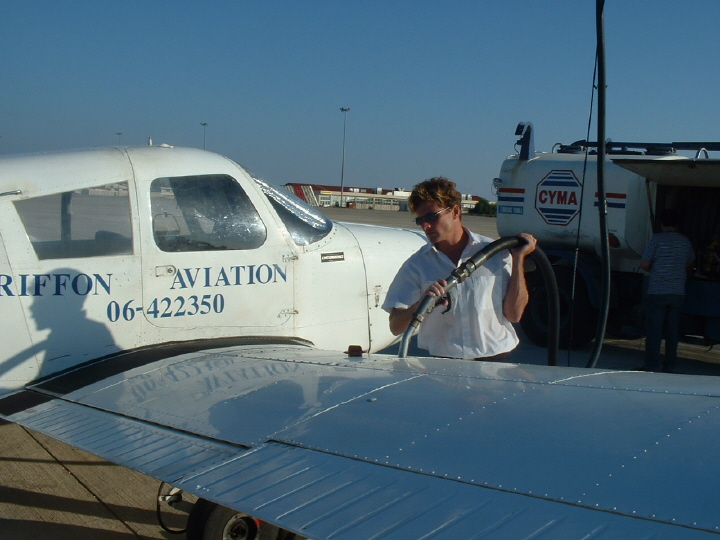 Mark re-fuels 5-BCFZ whilst Rob & Paul do the walk round.

Alex has just completed the Annual & Test Flight, so all should be well!!! 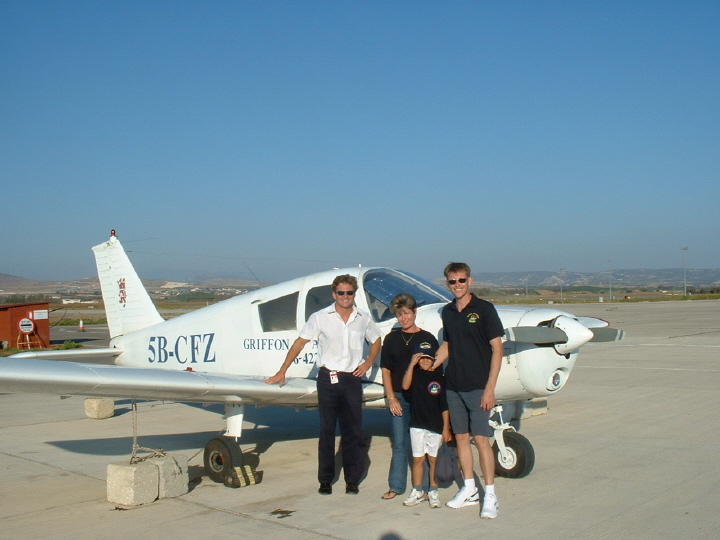 We checked the weather but couldnt find any cloud base or rain.........(just like flying in England!) 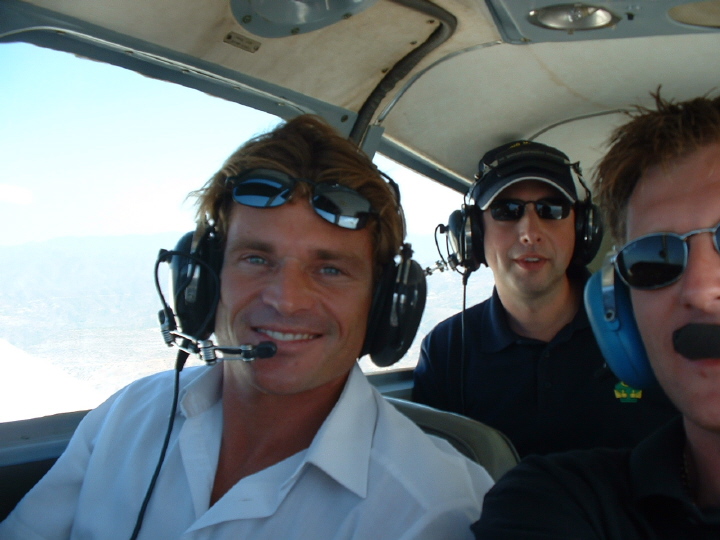 The check out ride was for an hour & included stalling, slow flight, steep turns, a couple of circuits & PFL. 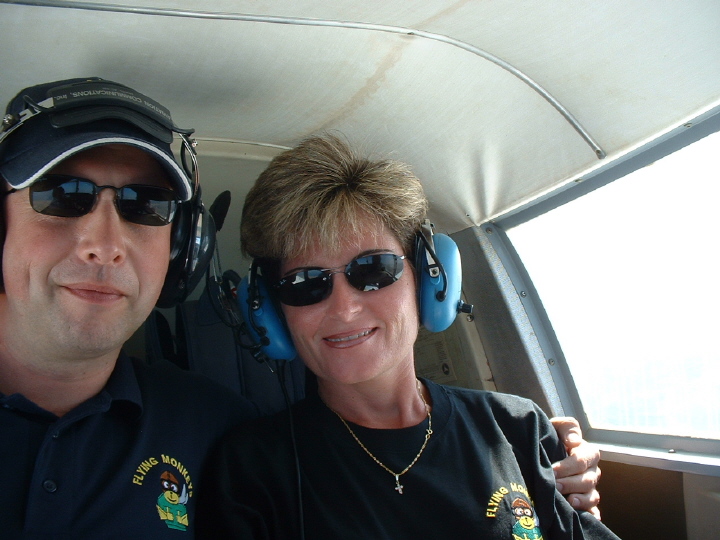 Paul & Lisa in the back. You also have to fly straight & Level....lisa was happy with this bit! 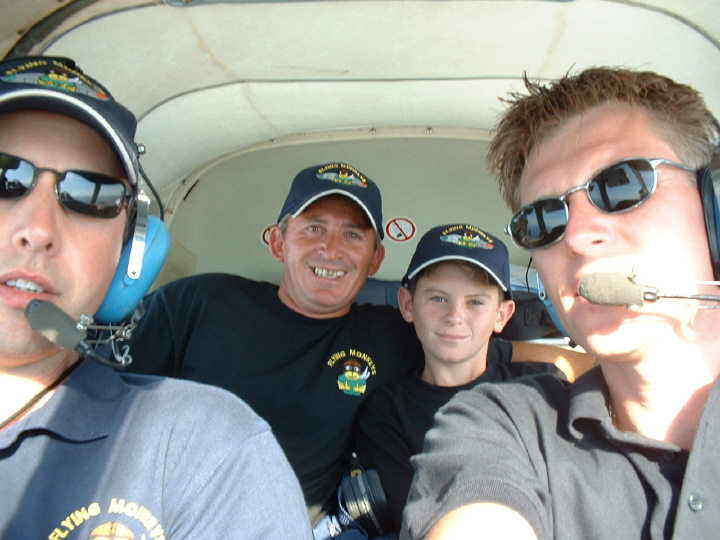 After a signature from Mark another flight plan was filed & we changed crew.

We entered the training area, reported overhead 'Polemi' at 3000ft

and were cleared for direct to 'Polis' where Lisa & Mike live. 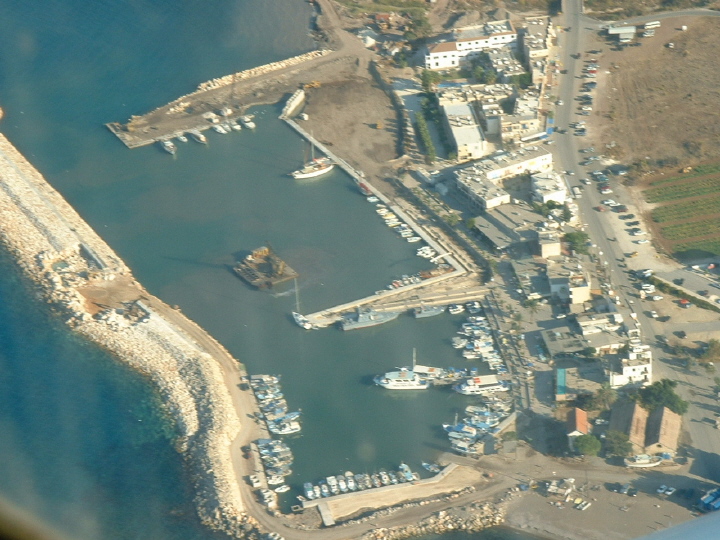 We flew over Latchi Harbour then on to Lisa & Mike's house

We was cleared to not below 1500ft because of the Akamas training area,

so couldnt really get close enough for a good photo!

Lisa was pleased because she had left her washing out on the line & didnt want that in the photo!! 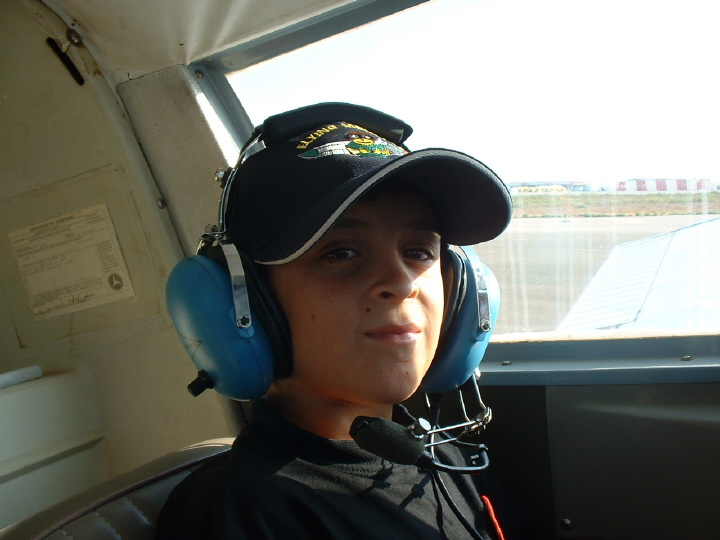 We filed another flight plan & crew change again. This time Levi joined us.

Lisa had a stiff drink & was ready to fly again! 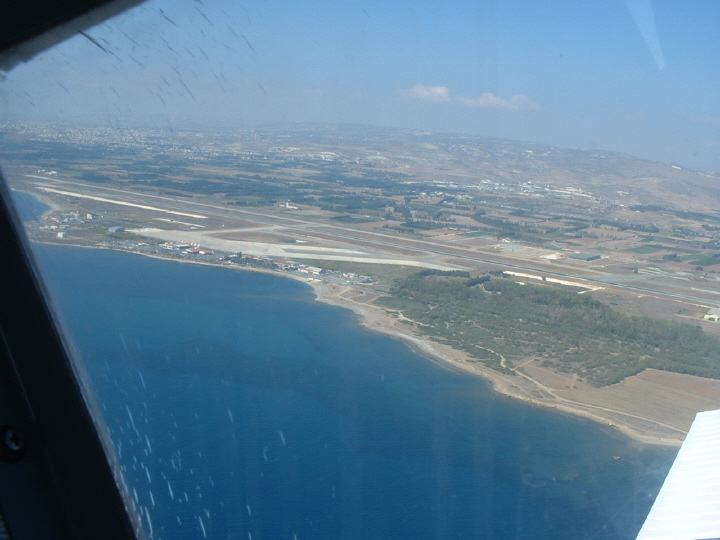 Another trip around the bay then back into Paphos International. Left downwind for 29, circuit height of 1000ft. 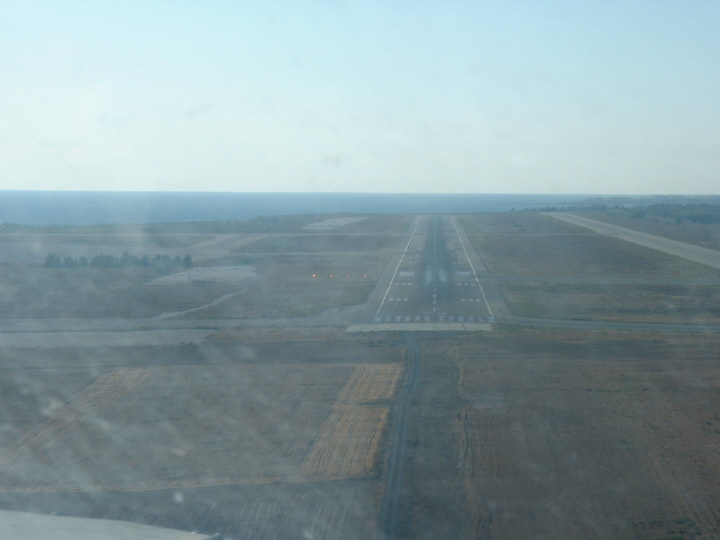 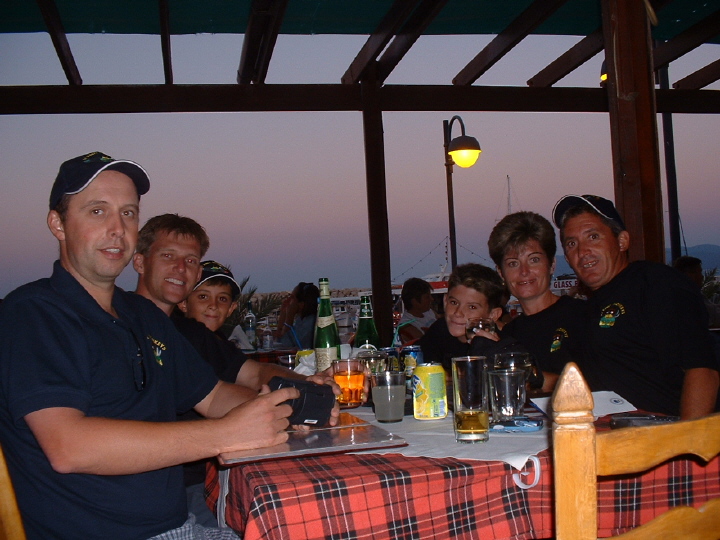 After our busy day flying we went to Latchi Harbour & re-named this restaurant 'Cyprus HQ' !!

Flying in Cyprus is a must! Thanks to Mark & all the staff at Griffon Aviation.