A much awaited and publicised event for several months now.

We booked in advance to ensure that we had no problem getting in,

and sent us a refund!

Still off we went...to Earls Court. 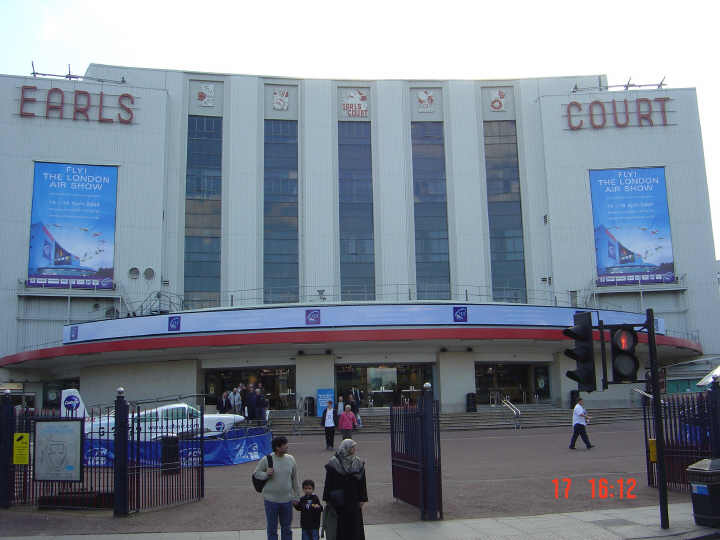 We walked straight in to be met by the Delta Jet stand.

Strangely we could see the perimeter/extent of the show from the entrance.

The first circuit took nearly 25mins as we stopped to chat to a few familiar faces including:

Steve from Willowair; Norman and Chris from Pilot Warehouse; 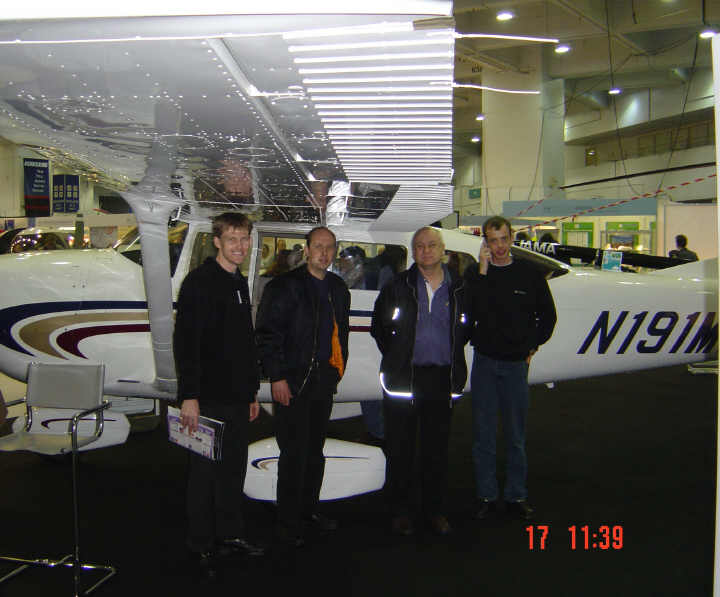 The boys liked the Cessna 206. ...James called his dad with the price....jokin 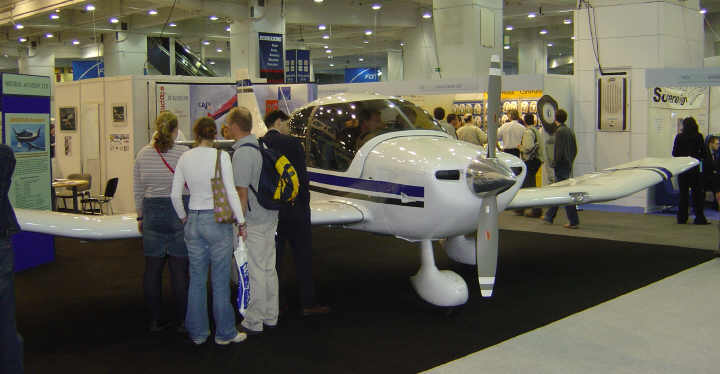 All sides of aviation were represented incl: Ballooning, Microlights,

And ofcourse plenty of Flight Training outfits and Flying Clubs. 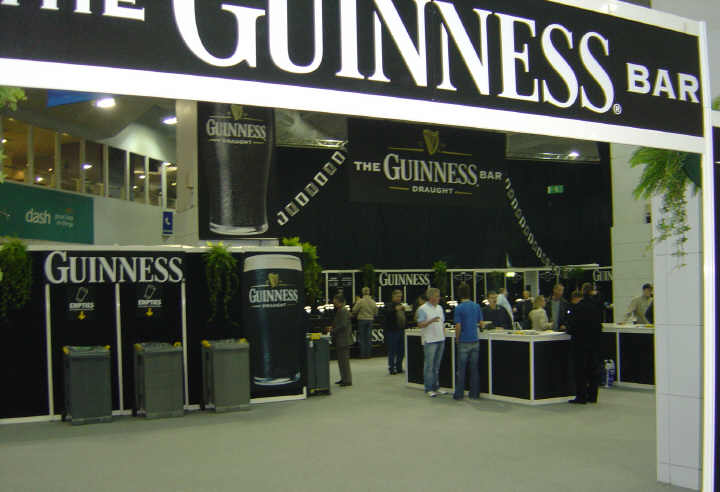 The Guiness stand was particularly busy...we had to wait nearly 3 seconds to be served! 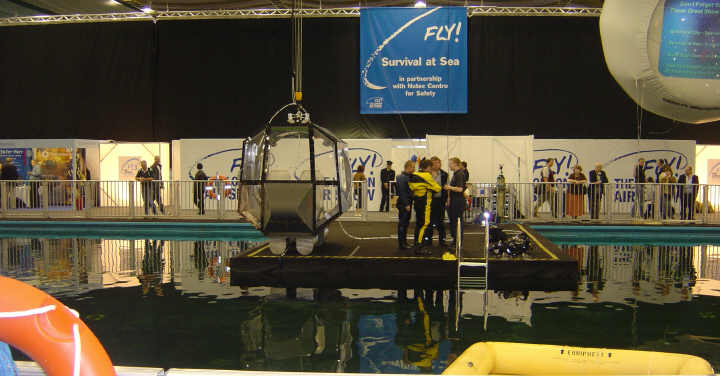 Darren in immersion suit ready to light his flare 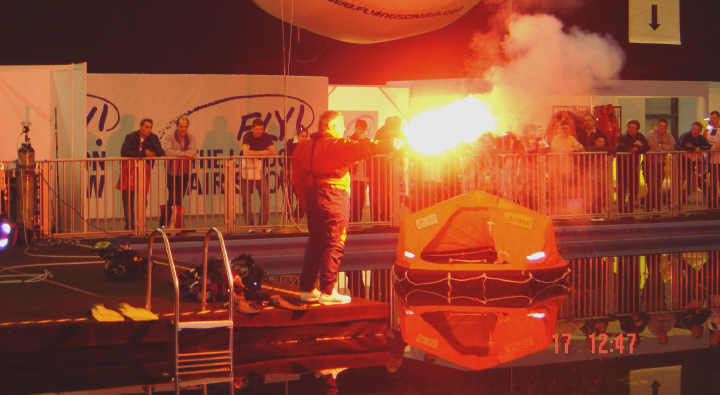 Important....don't light inside the raft!

Darren then goes swimming...water was 8 deg.C 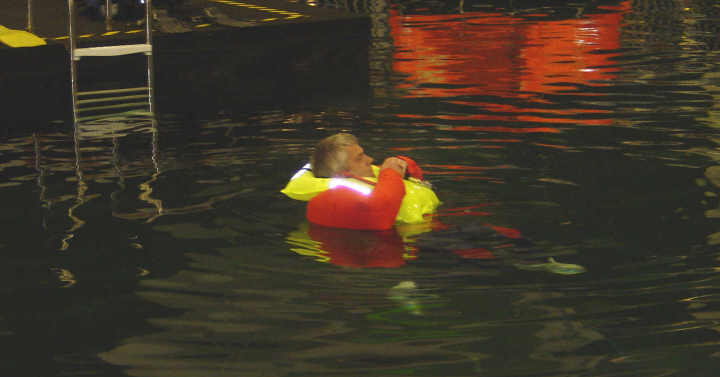 Glen then throws him a raft 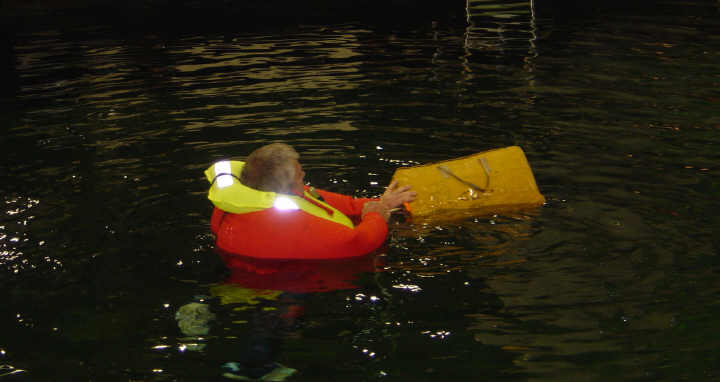 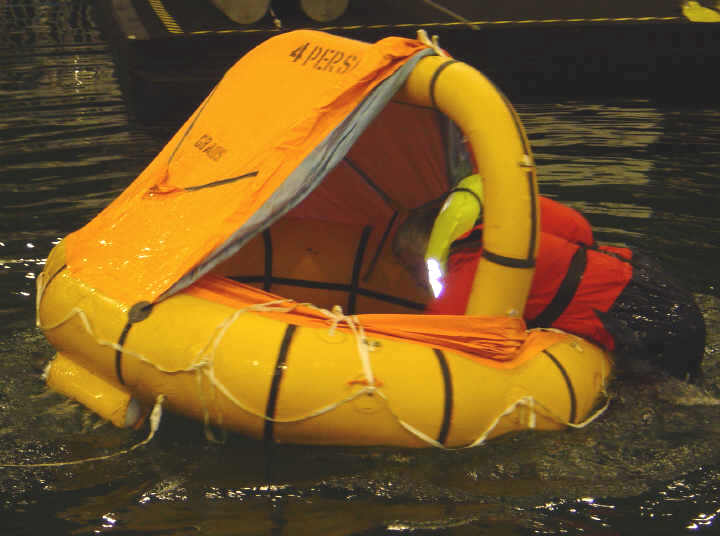 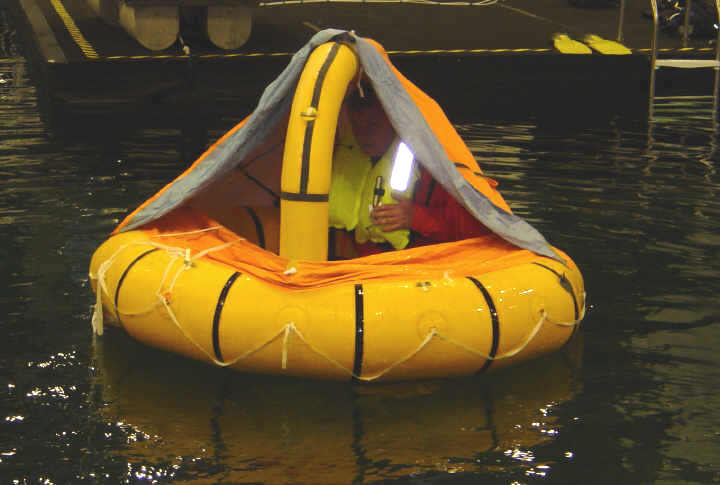 Why so many photos?....its important thats why.

but are designed for light aircraft use and are 'better than swimming'.

of the FIR boundary, you will be charged for your recovery unless you have a raft.

Having viewed the show twice, talked to countless people

we went to Covent Garden for Dinner. 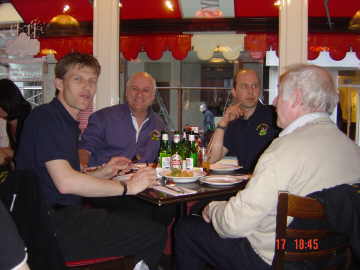 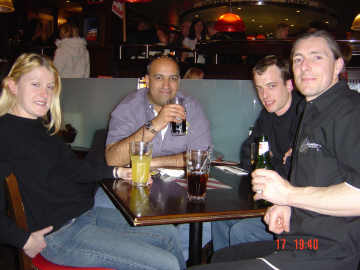 TGI Fridays - where we spent the money we saved! 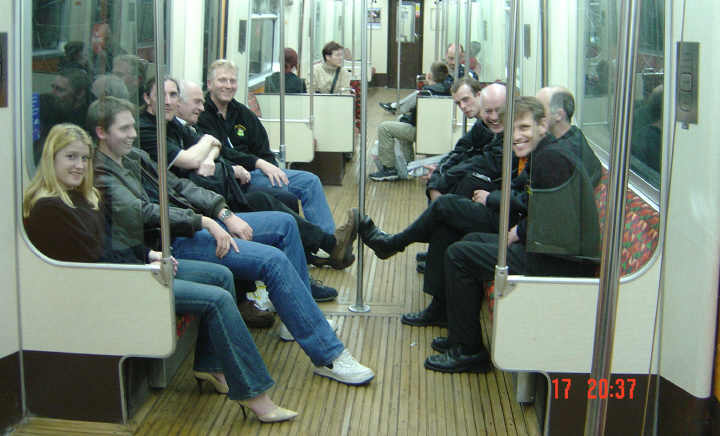 The tube back to Tower Hill.

Apart from a nice day out and saving some money (yes I know we spent money),

The show was dissapointing.

In terms of Venue, better to have it at an airfield.

At least we could then fly in!

I read an article in Today's Pilot (April) which contained an interview with the show organiser.

and steer people away from their boats and car clubs.

Only, GA isn't cheap in the UK.

(The Capri and RS owners club can breathe easy)

Club aircraft rental is expensive and often restrictive, but has to cover fuel, insurance, maintenance.

If you want to open GA to the wider community you have to make it easily affordable.

Most of us don't do the sums, else we wouldn't fly!