Remember Dinard and Channel Islands are SVFR - you will get a squalk code.

Pete didn't book the Robin, so Dee had to uncover G-SE

Our house from the air...yeah right! 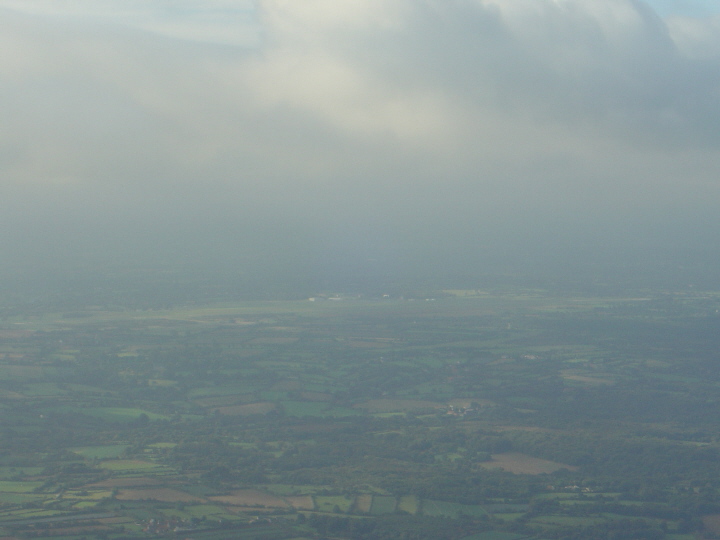 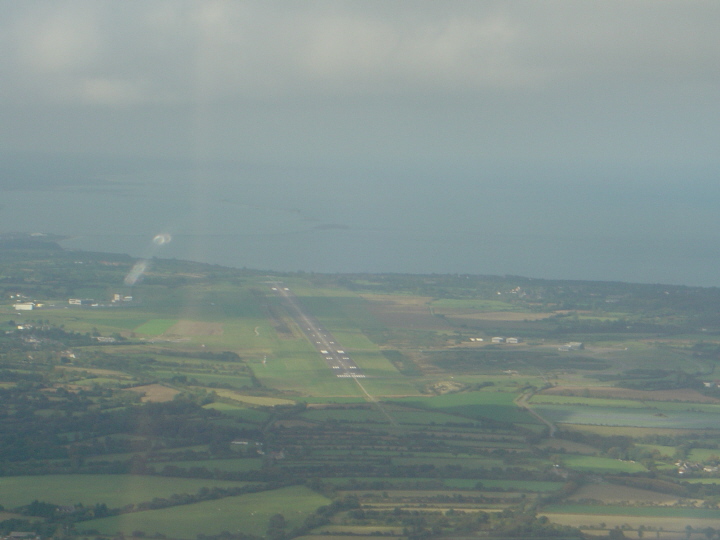 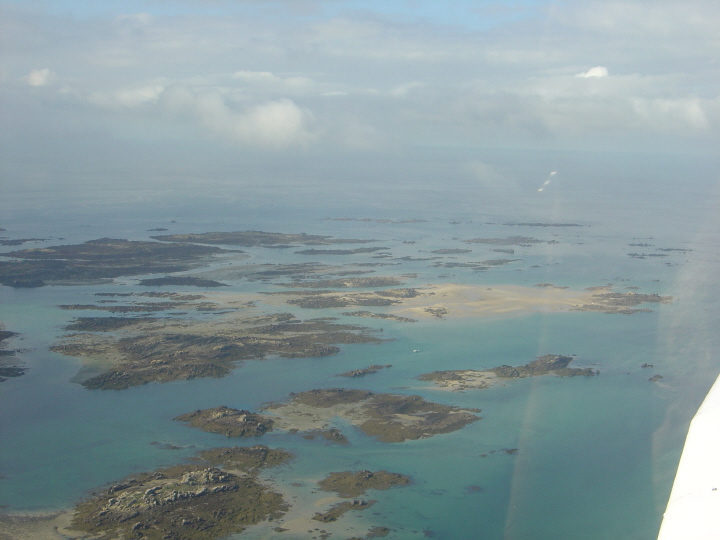 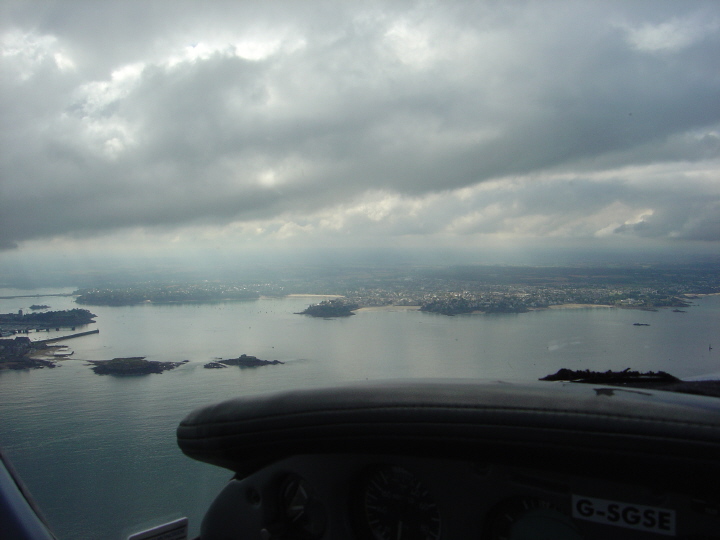 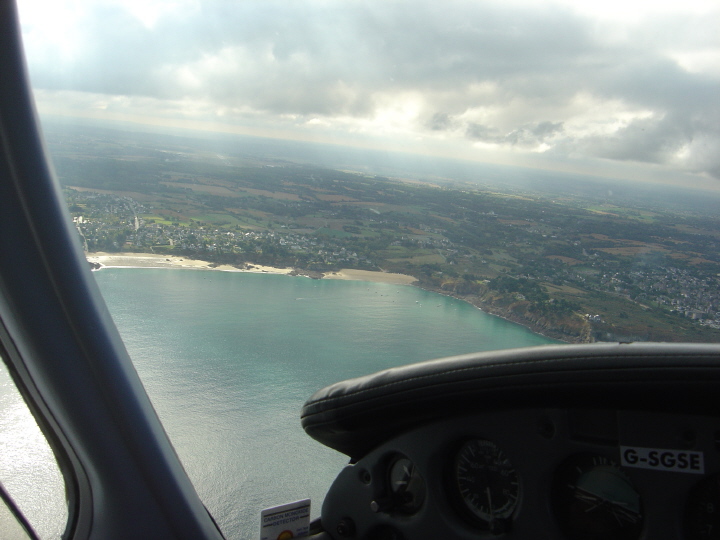 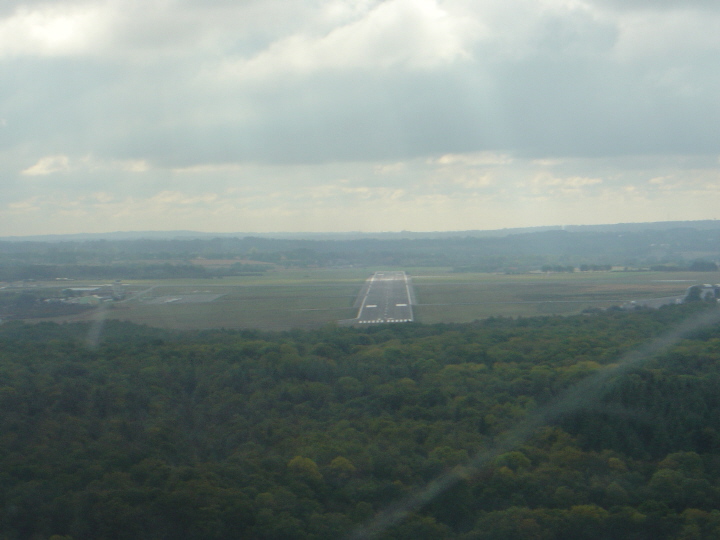 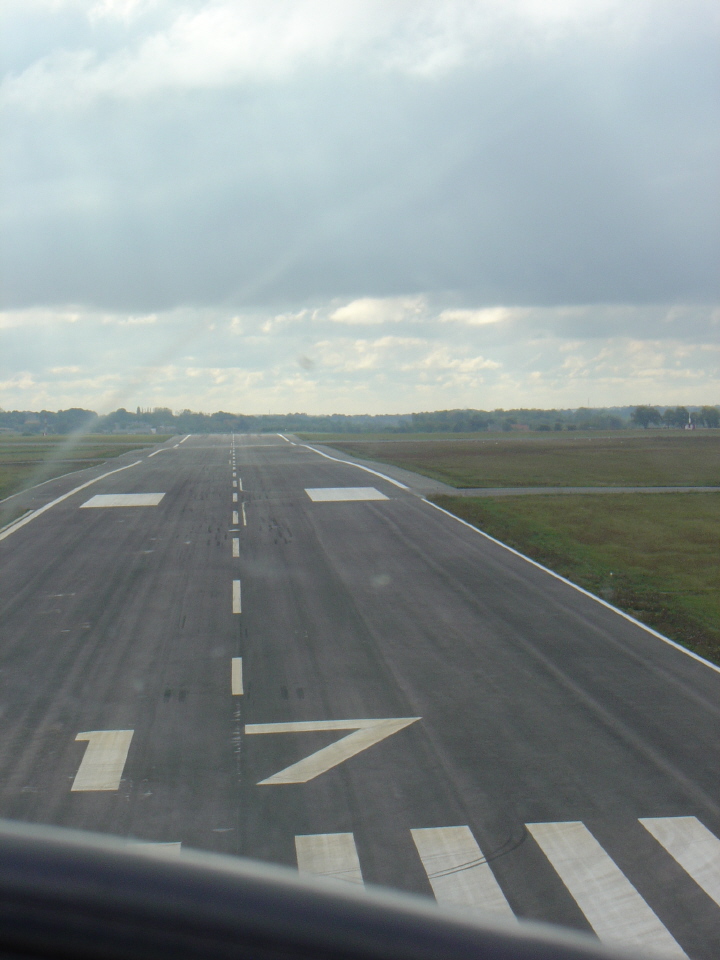 Note: You should always carry your Pilots Licence in addition to your passport

and make sure that you carry & wear a Hi-Vis Vest!

Parked up at Dinard 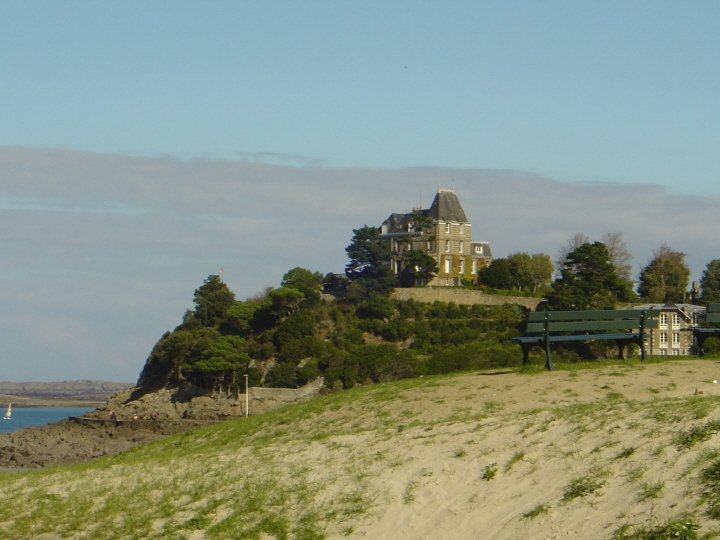 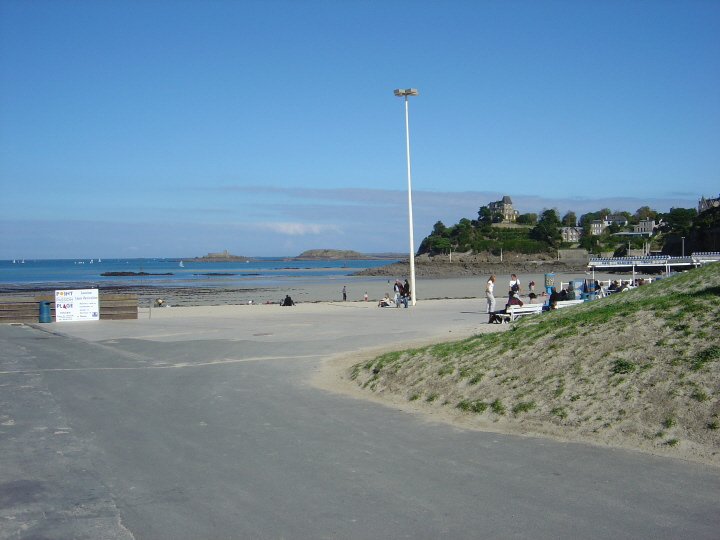 On departure, we were all taxied down the massive runway in line

and then cleared for take-off in turn. 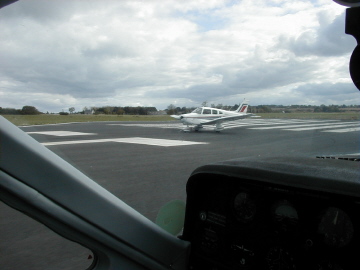 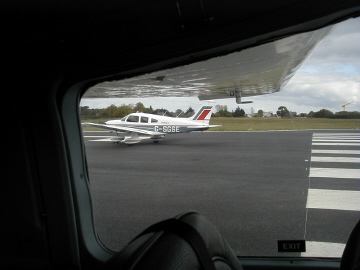 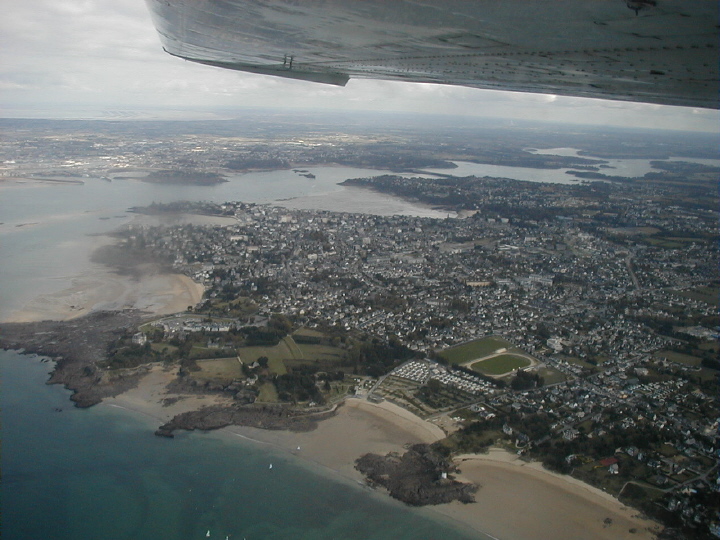 Fuel in France is no cheaper than UK, so we opted to go back via Alderney.

Our routing was SVFR and would take us overhead Jersey.

However, Jersey routed us West around the island at various levels (2-3000ft). 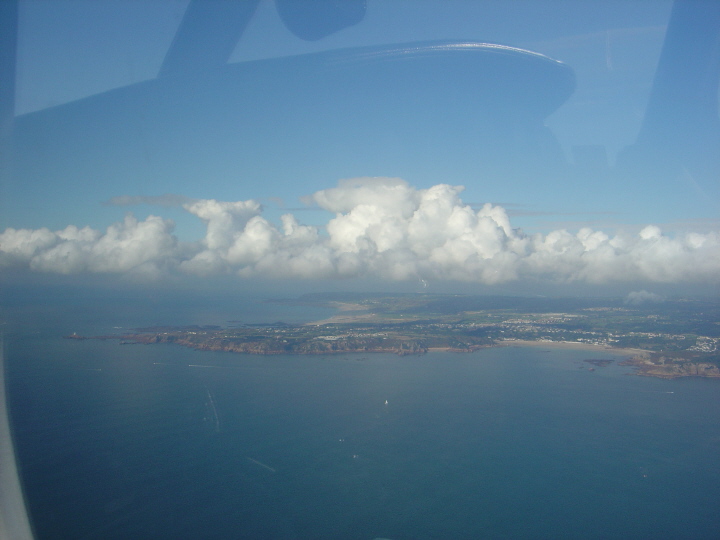 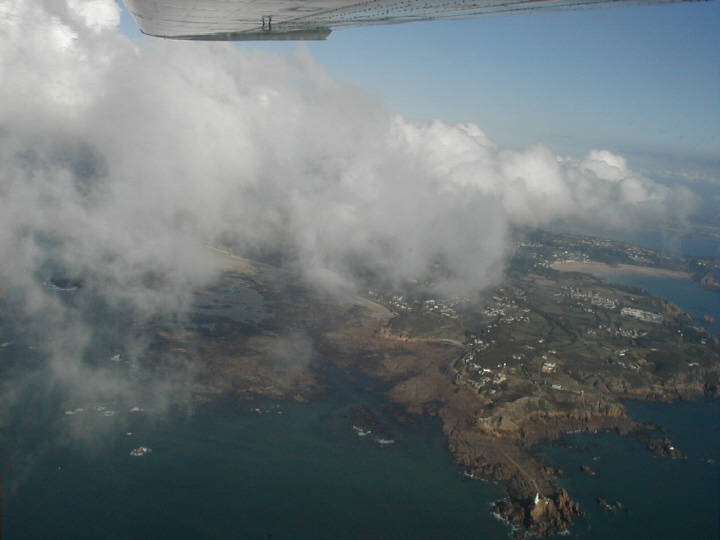 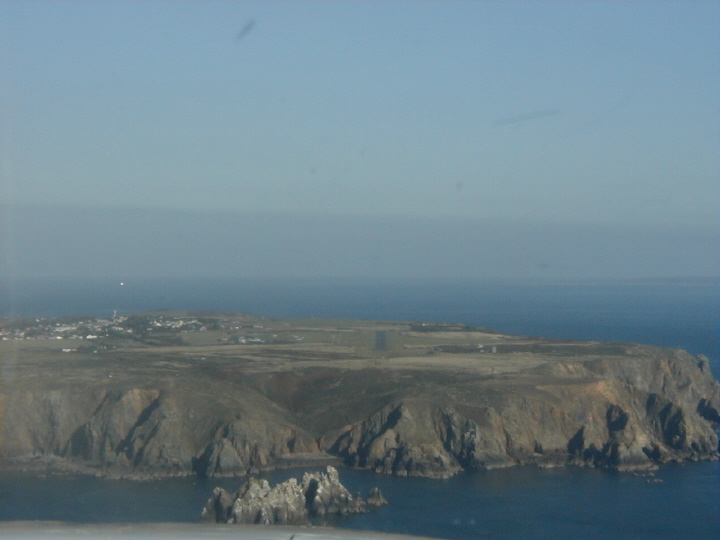 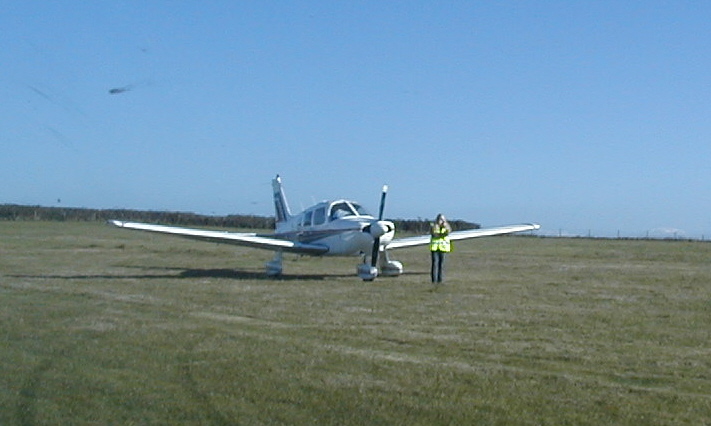 John bought some beer at the smallest 'duty free' we'd ever seen. 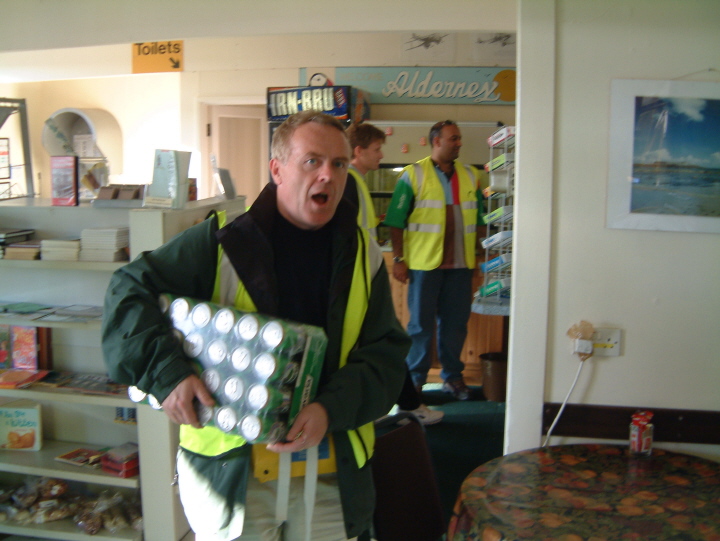 After departing Alderney towards CP, G-NS took a detour to look at a submarine! 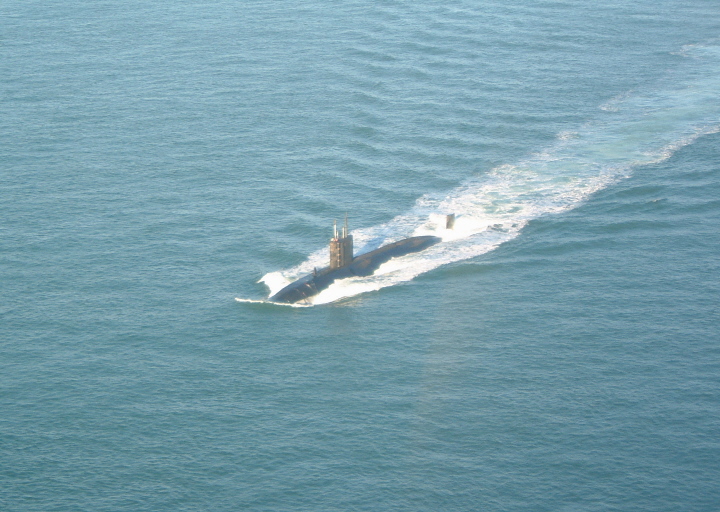 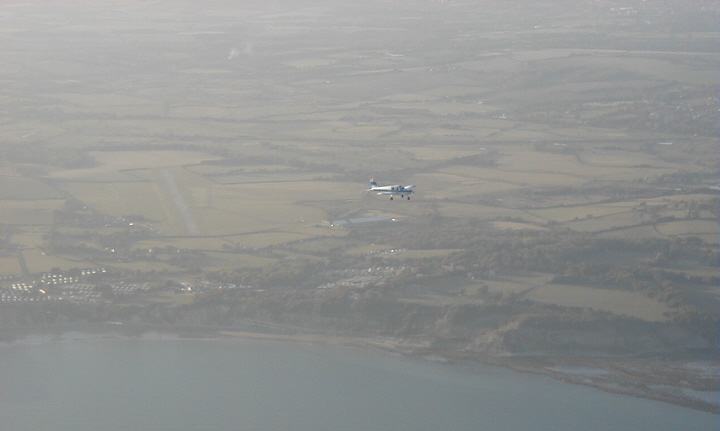 G-NS Landing Back at Thurrock 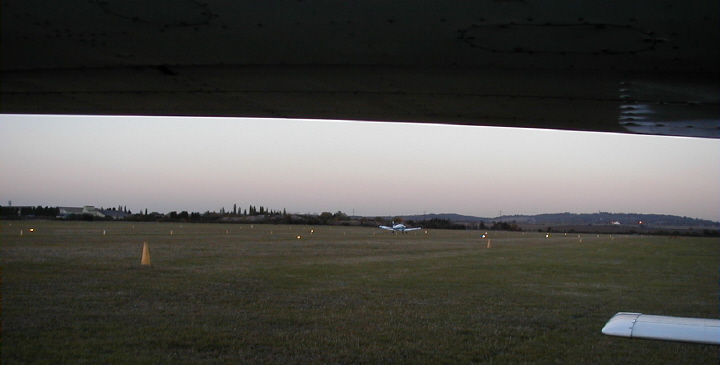