Why Cranfield?...To visit Mark, a new member of the group.

So to Cranfield the Flying Monkeys went - minus Rhys

(who couldn't drag his arse out of bed). 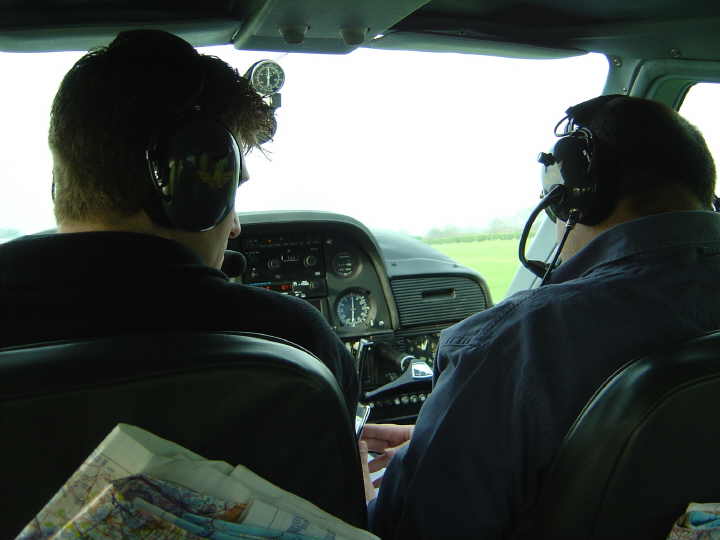 Vis was poor in Haze 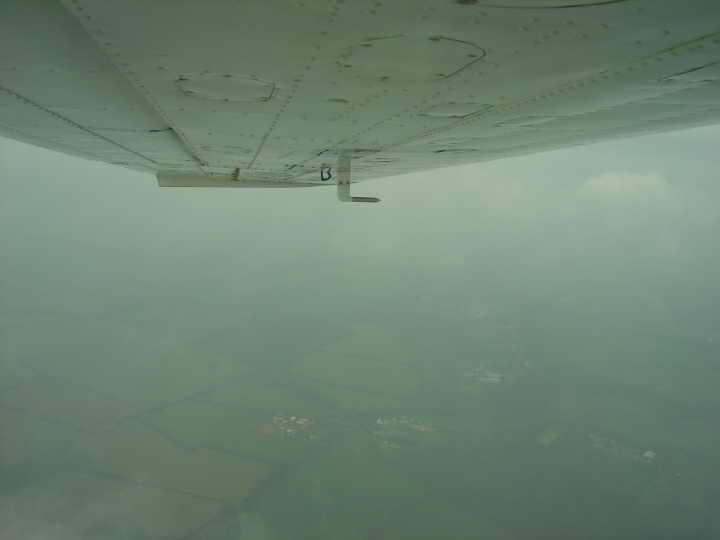 G-MB in Tow  - Rear and Starboard

Established on Finals at Cranfield 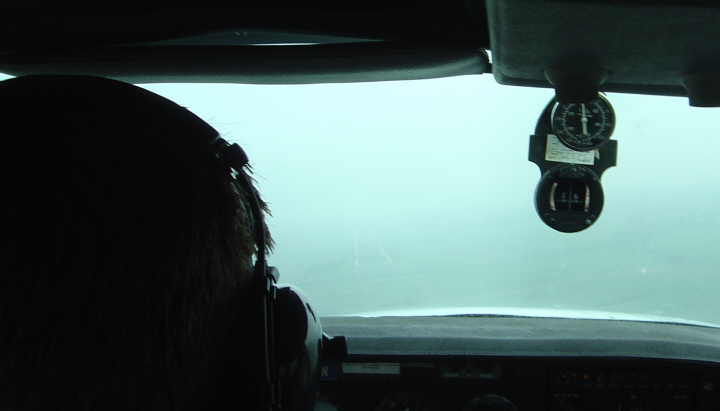 So its more expensive than Norwich, Southend, Ostend,

...and you only get two hours parking thrown in!

The Tower (where you get mugged!) 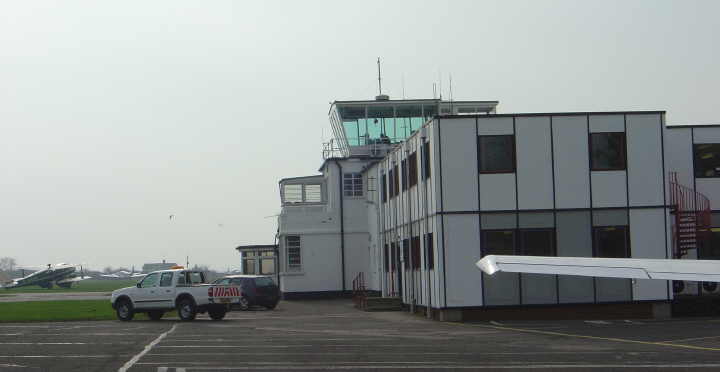 We met up with Mark at Patriot Aviation and assisted in

wheeling the Jetranger out of the Hangar 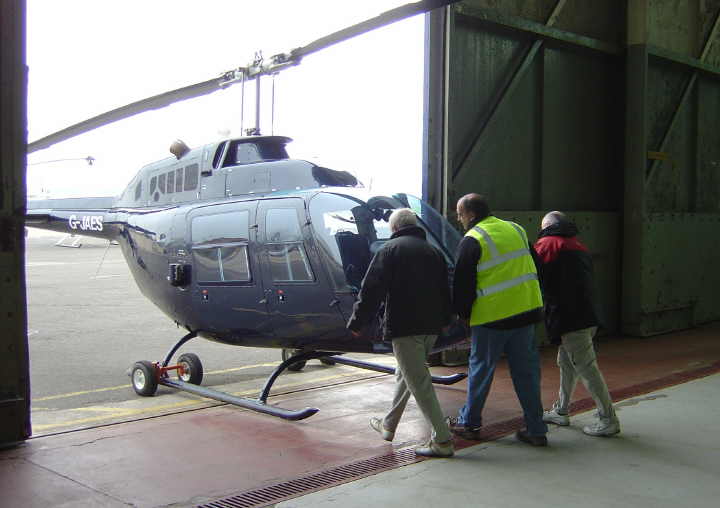 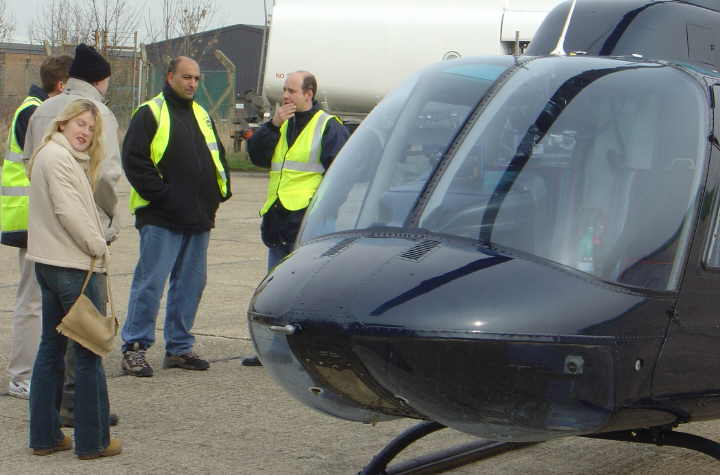 It was a little too windy for Mark to take us by himself, so while we were waiting

for Jim (Mark's Instructor) we took a look round the Patriot Aviation Hangar. 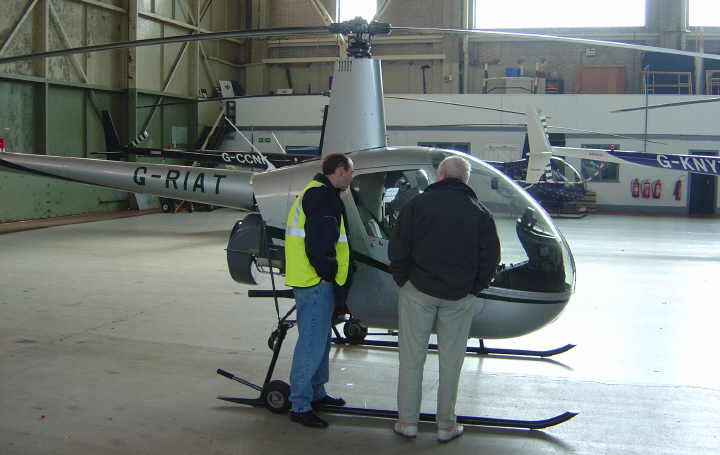 Paul gets his Platinum card out 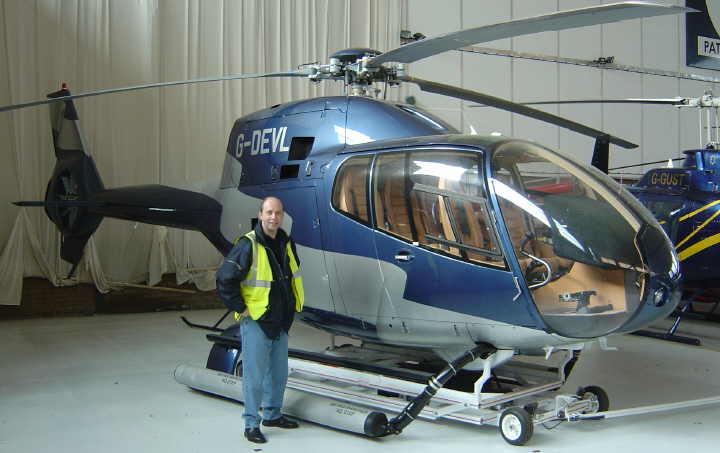 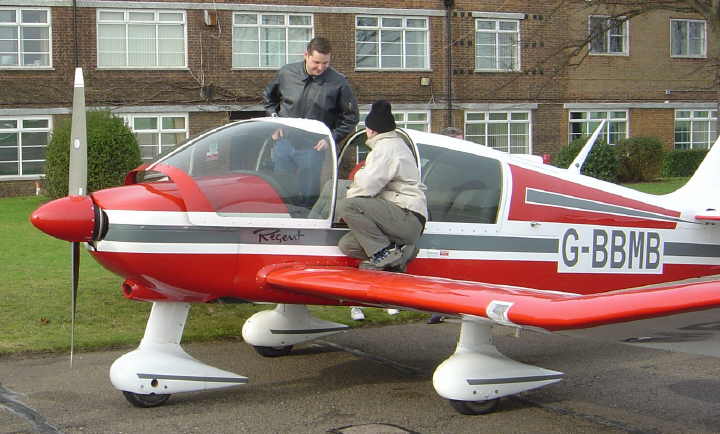 Jim was now available, so Mark commenced his Pre-Flight, while we watched. 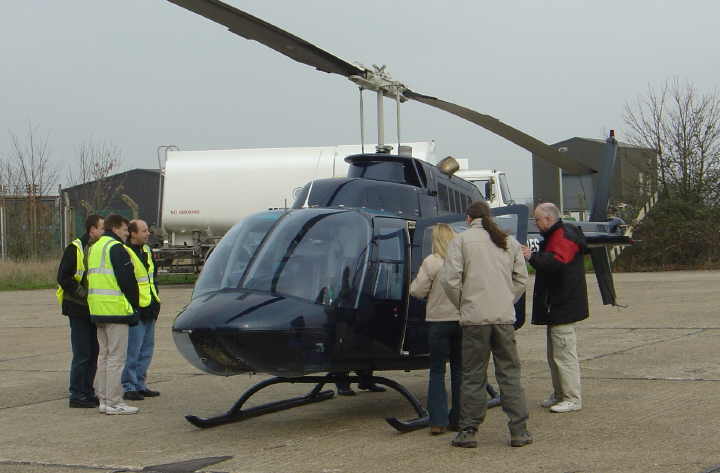 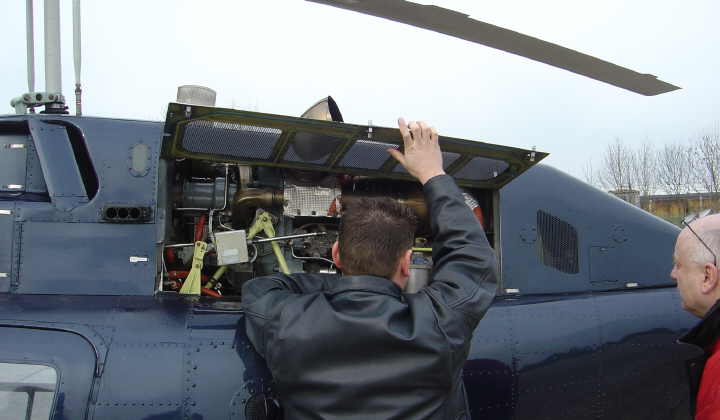 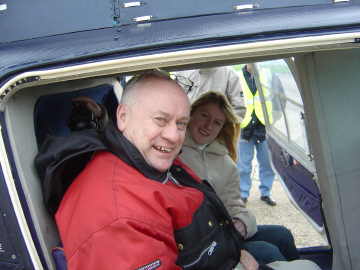 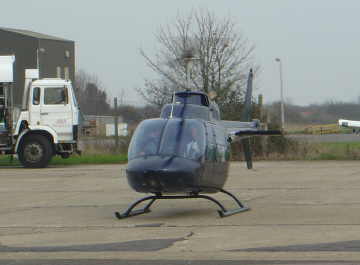 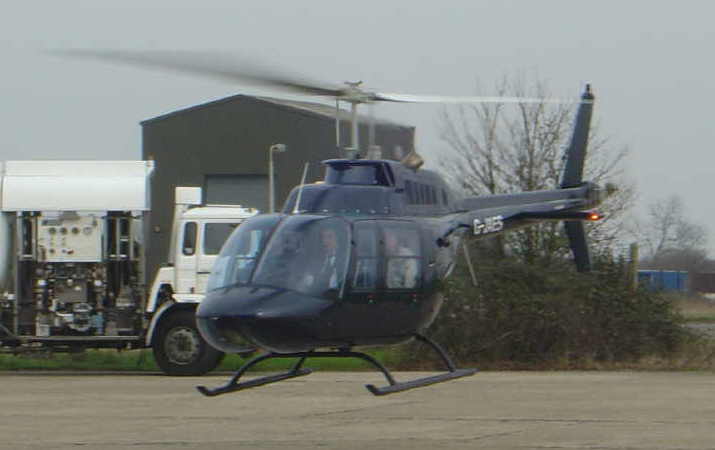 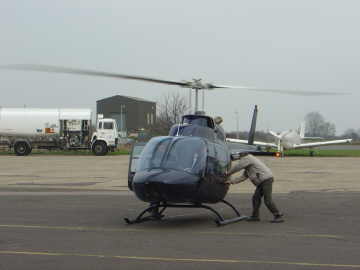 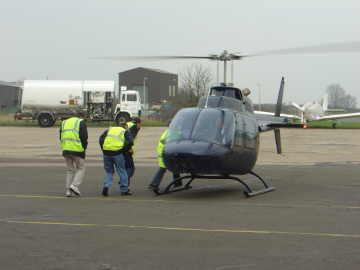 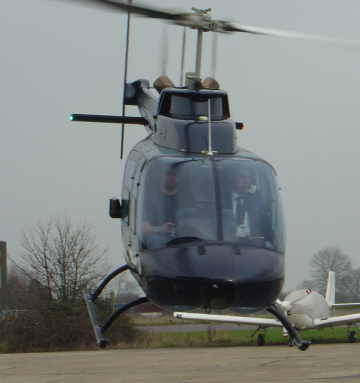 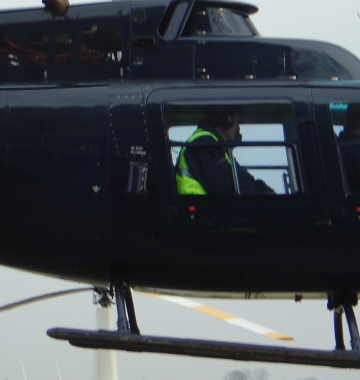 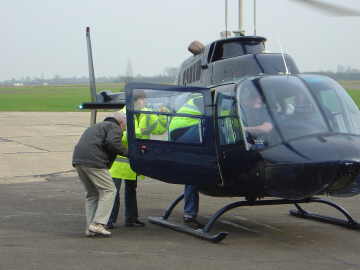 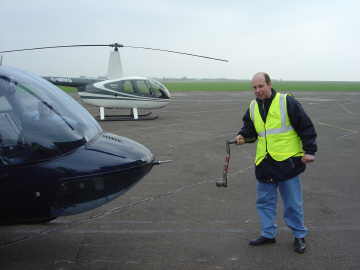 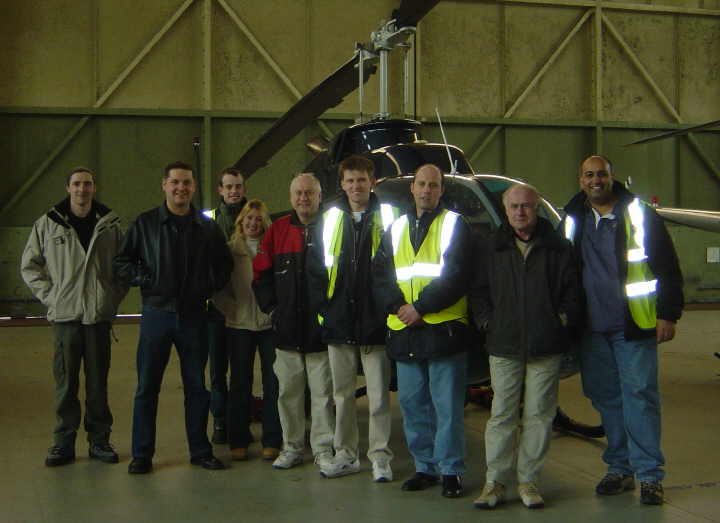 Many Thanks to Mark, Jim and the folks at Patriot Aviation for their hospitality.