This was the weekend of the Shobdon Air Races, but Mitch, Graham, Rob and Paul 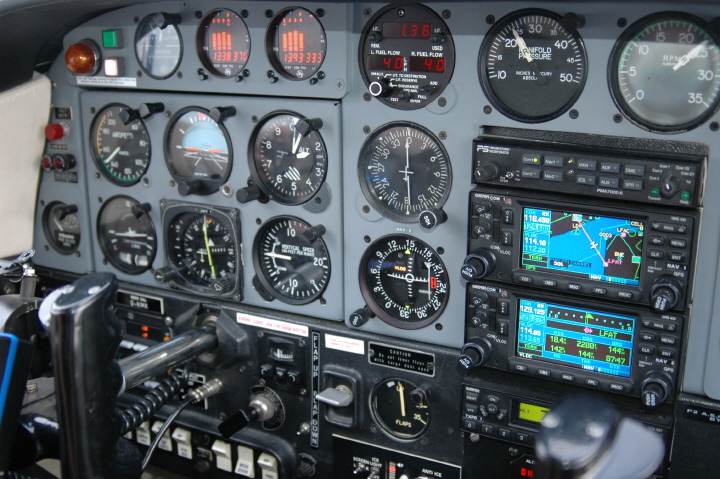 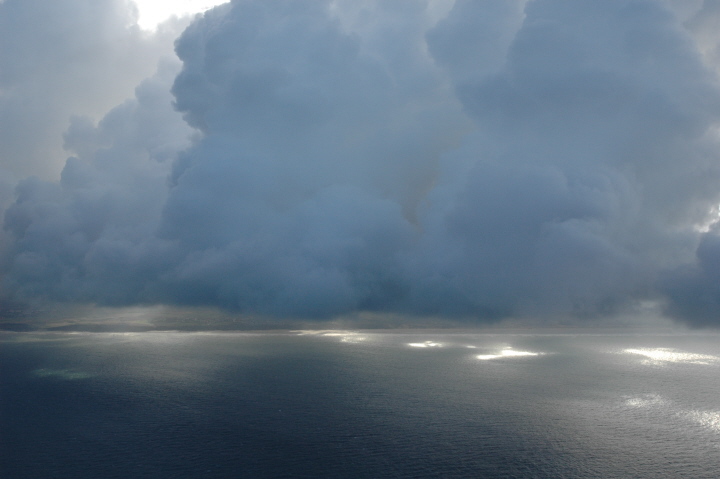 Low cloud over Channel but we had filed to go IFR so we went above it all!

Finals for 14 at LFAT....to clear customs in france & load up with fuel before continuing on journey 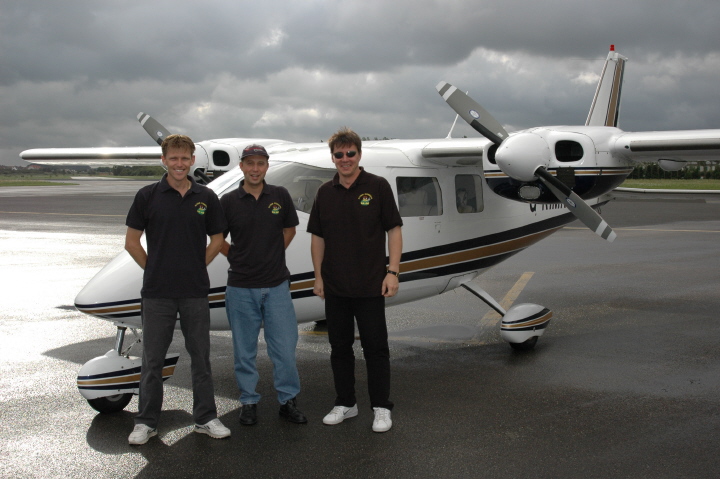 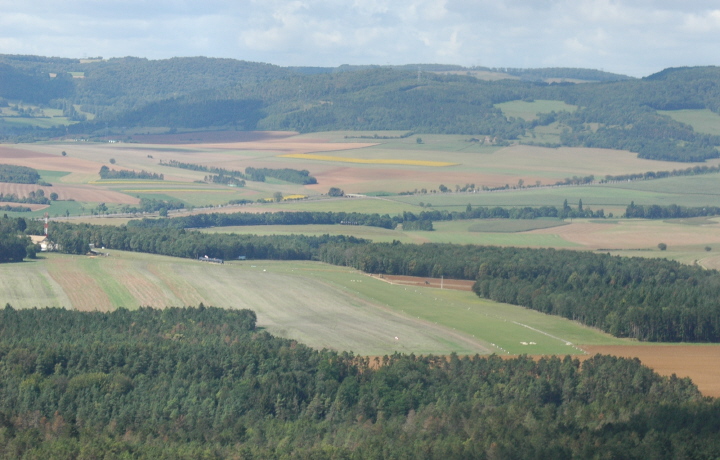 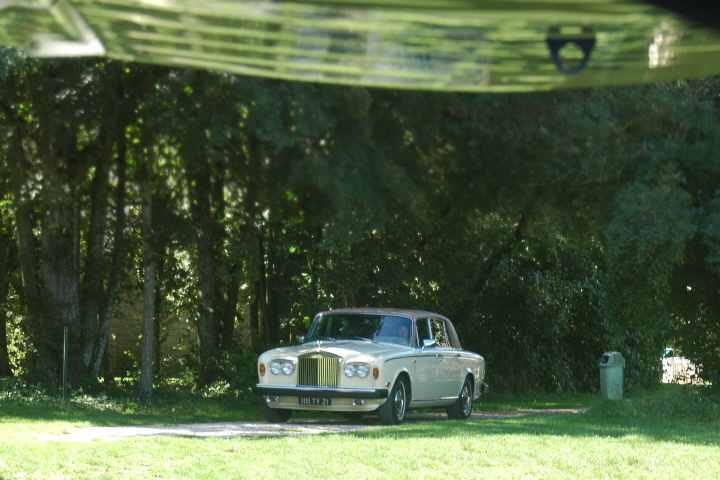 Where you are met with a Rolls...This is the 'follow me' car that meets you as you land! 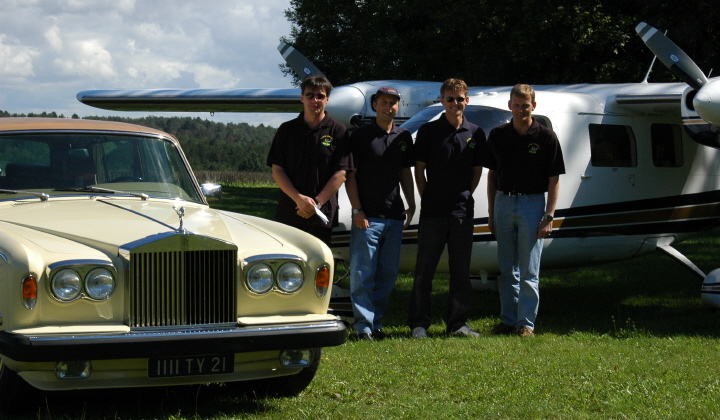 This flights monkeys with G-MK....and the Rolls 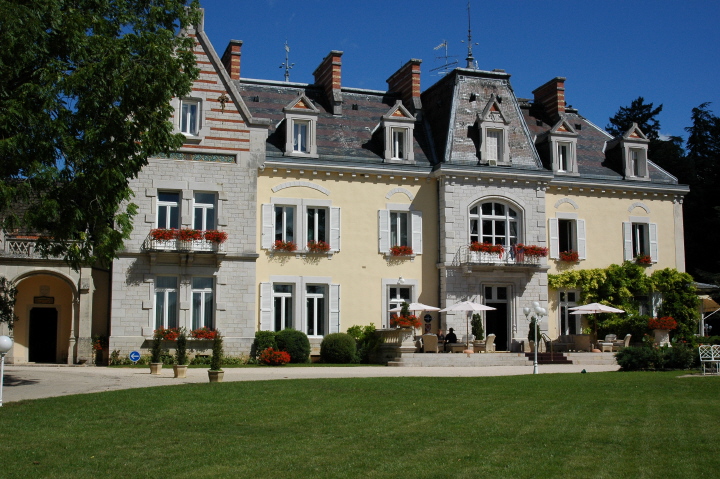 The Chateau! It is set in a 10 acre forest & has sauna, Gym, swimming pool, tennis court, golf course

There are golf buggys, smart cars & push bikes to use during your stay to explore the grounds! 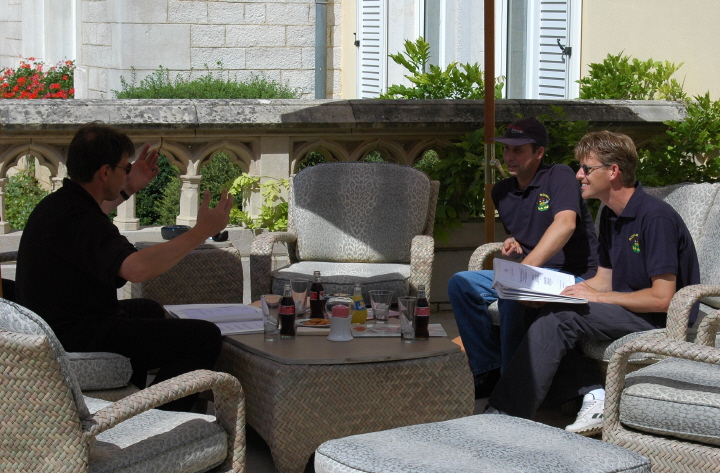 I once grew a marrow this big!...says Mitch!

We had a quick drink on the terrace then went in to the restaurant for a 3 course meal! 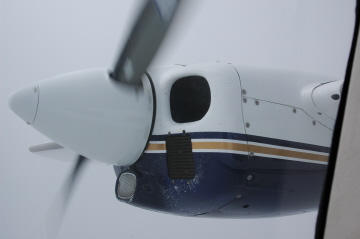 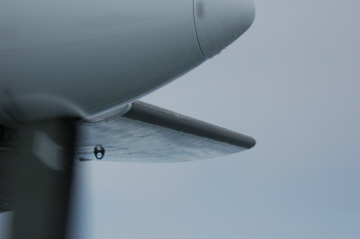 Even with all the 'Anti-Ice' equipment on we had to descend after a while to let the Ice melt! 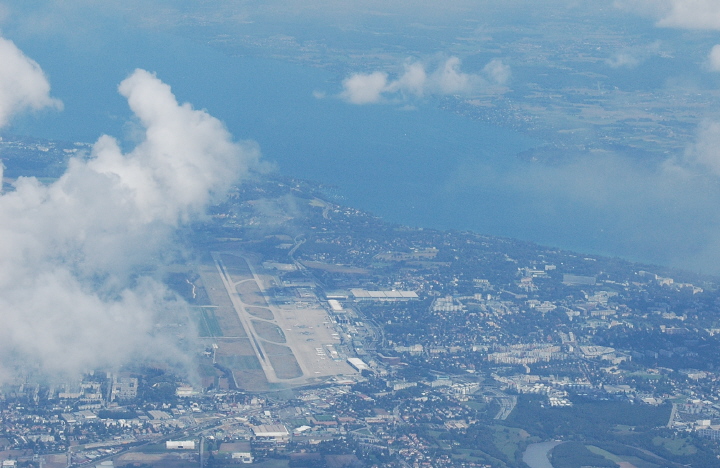 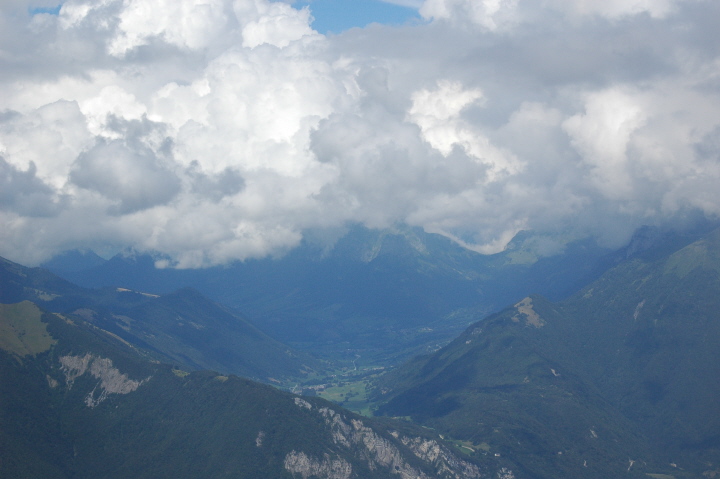 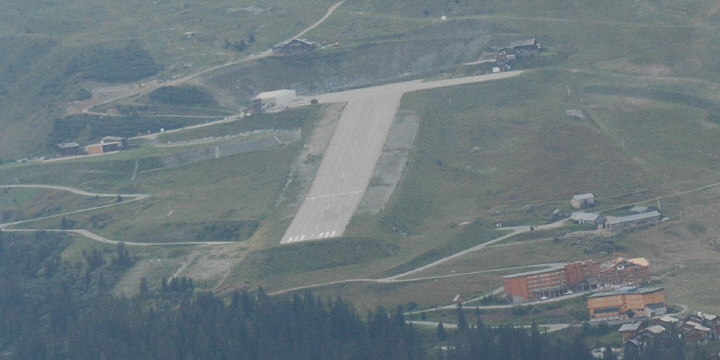 Base Leg at Courchevel.

There is 350ft between landing point & the top of the runway........Get ready with full power! 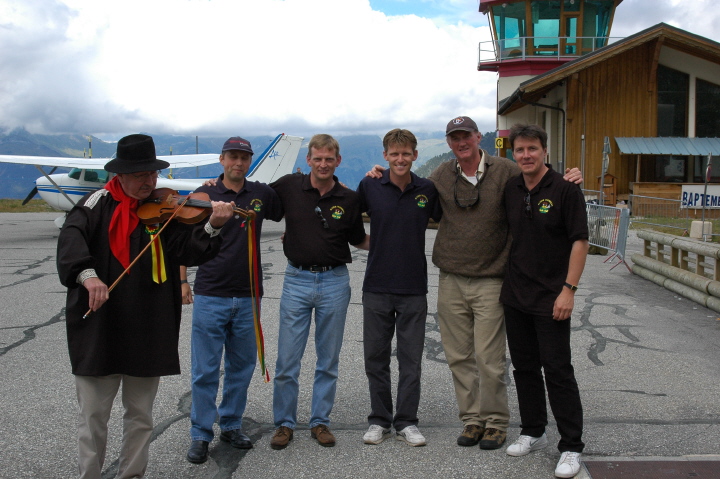 We were greated by our own personal Violin player & Robert - the owner of  The Three Valley's flying club. 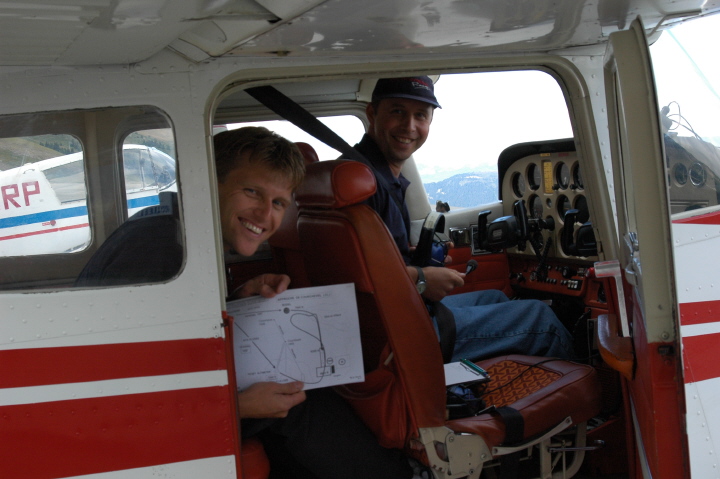 With no time to waste, after some ground school & Breifing,

Rob and Paul jump in to the Cessna 172 ready to start their Courchevel rating with Robert. 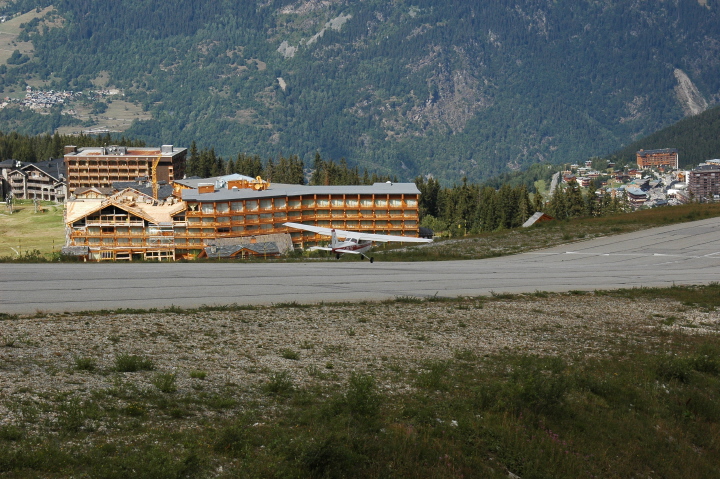 Although airbourne by this time, you are actually showing a descent!

'Dont loose the flaps till a positive rate of climb is shown' - advises Robert!

Paul on Final for first Landing.

You actually aim for the bit of grass below the runway.........then Flare!! 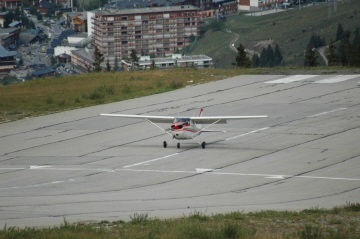 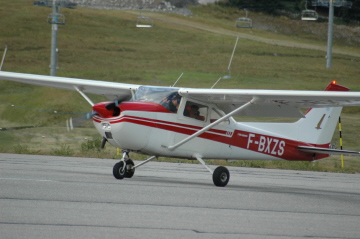 Touchdown and then power on to get up the hill

Turnaround and off again 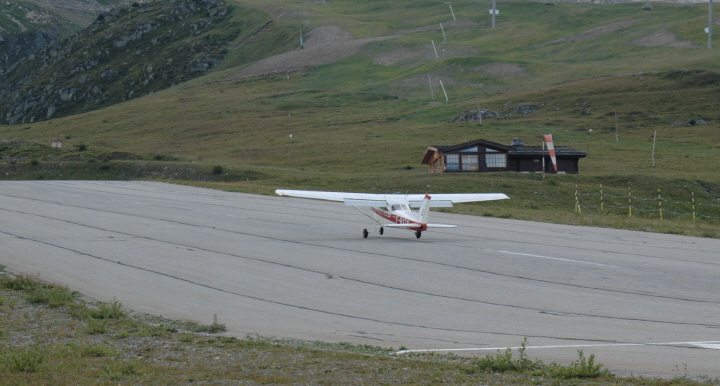 After a de-brief from Robert & fellow instructor, a signature & stamp in Rob & Pauls Log books

We joined Robert, friends & family complete with Violin player for dinner at a local restaurant. 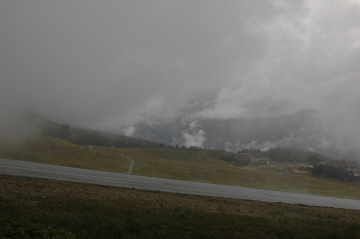 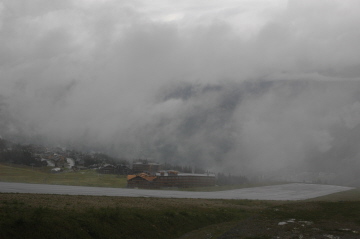 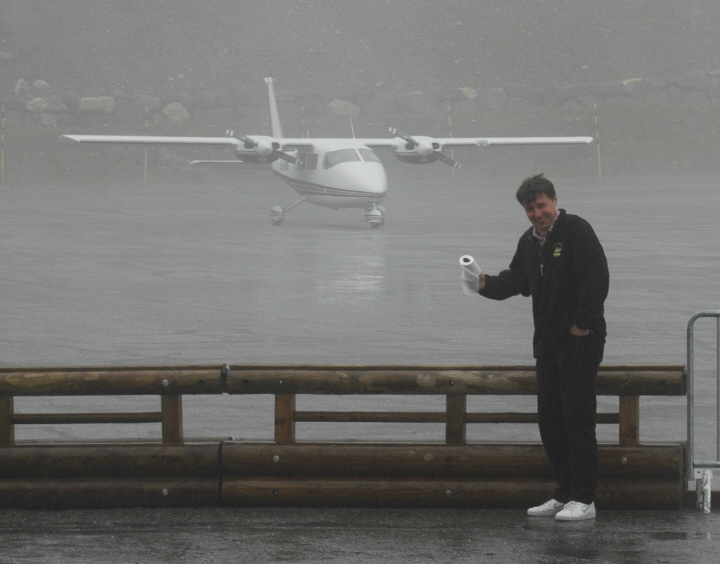 Mitch was prepared to go!...You might need more than one roll though!

Lunchtime arrived, the BBQ was lit, the family turned up with food, wine & a freshly prepared salad just for Paul!

He actually got a plain salad! 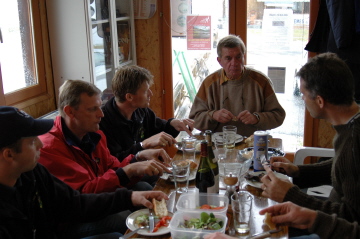 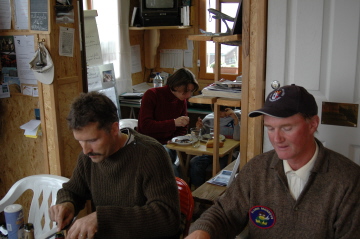 Lunch..Paul got a new hat and the squadron gained a new flying monkey... 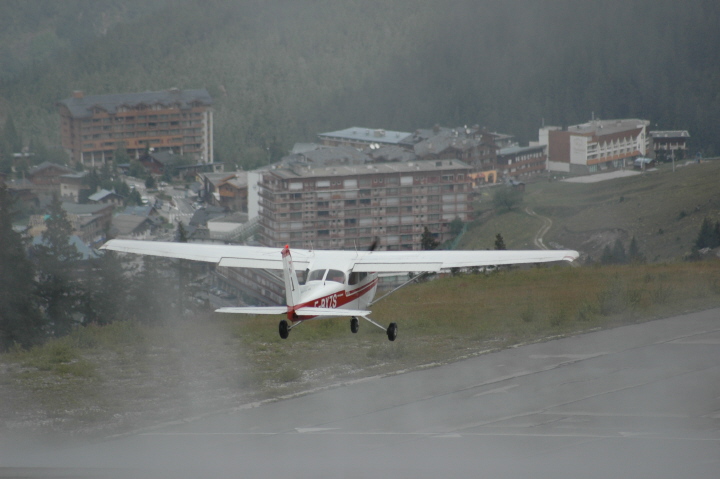 As Frank Spencer says: 'Always use your best friend in bad weather......Send him first!!'

Finally the boys are able to depart. 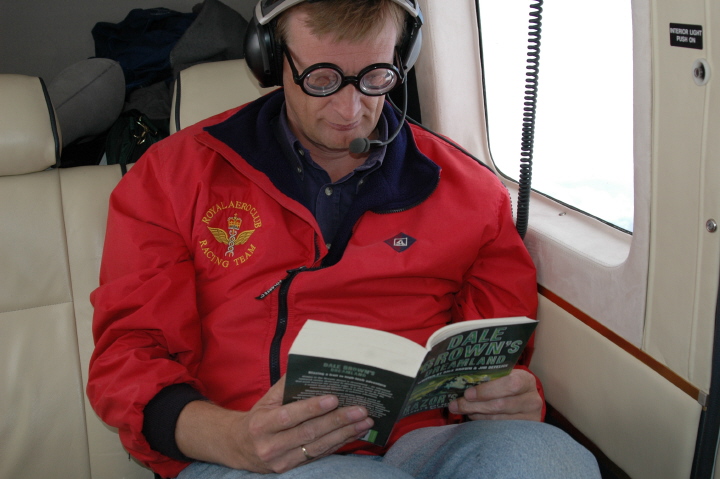 After the Wine & Champange from lunch our navigator was more relaxed than usual!!

We were due in Shobden at Midday but we couldnt leave Courchevel until 15:30.

We arrived at 20:00 to a round of applause from the Royal Aero Club! 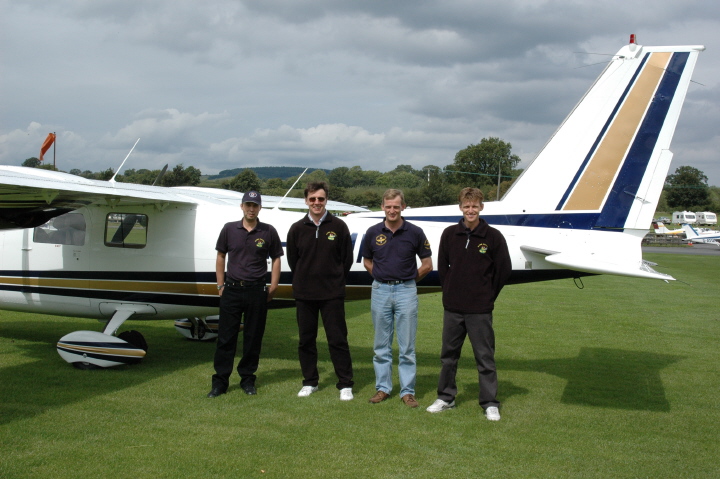 On the ground at Shobdon..via LFAT (to file flight plan) and Thurrock to clear customs.