Rob and Paul had entered themselves for this year's Schneider Trophy at Bembridge,

Celebrating the 75th Anniversary of the Schneider Trophy.

So they thought a couple of practice races might be in order before then.

Having been checked out by Robert Miller, the next Race was at Compton Abbas.

Friday 9th June, Rob, Paul, Graham and Dee were at the field washing and waxing G-BN,

Parked at Compton after the 1st Air Race.

No photos of the 1st race, cos Pete (G-DAFY) needed a navigator on Saturday.

So Graham and Rob volunteered Dee who was more than happy to oblige. 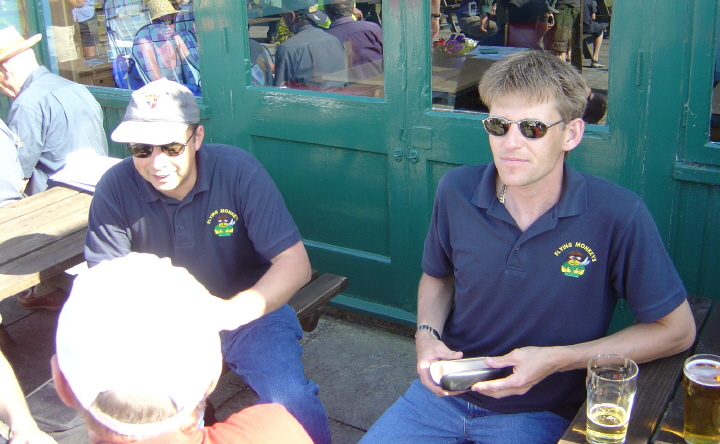 One of the new DIY Q-Tip style props.... 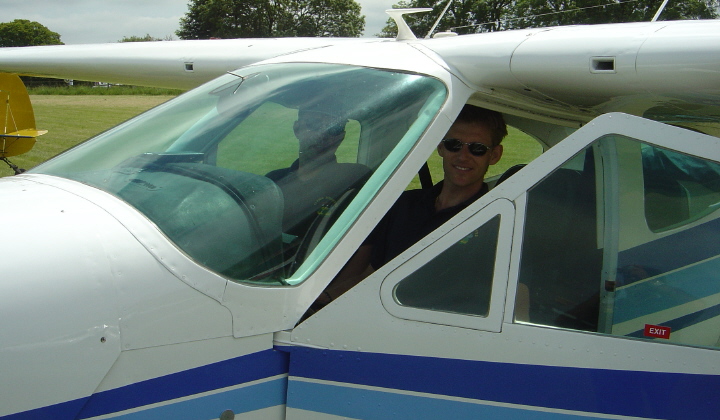 John (pilot) and Andy (navigator) with their Bulldog - Race 14

Lined up and ready to race... 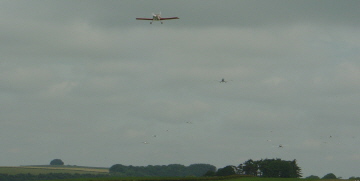 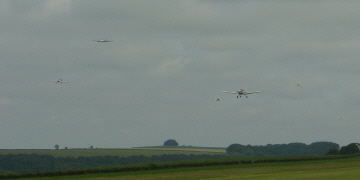 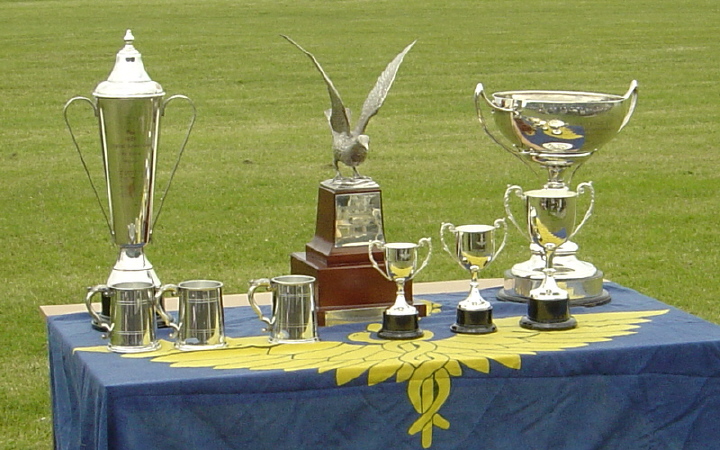 Racers, Navigators, Crew and Officials who took part in this weekend's spectacle.