We had Planned Abbeville before Christmas 2003

but poor weather had put us off.

and back via Dover

However after landing at Lydd, we were sent to the static bowser for refuelling.

20mins later we had some fuel and moved the aircraft over by the Tower. 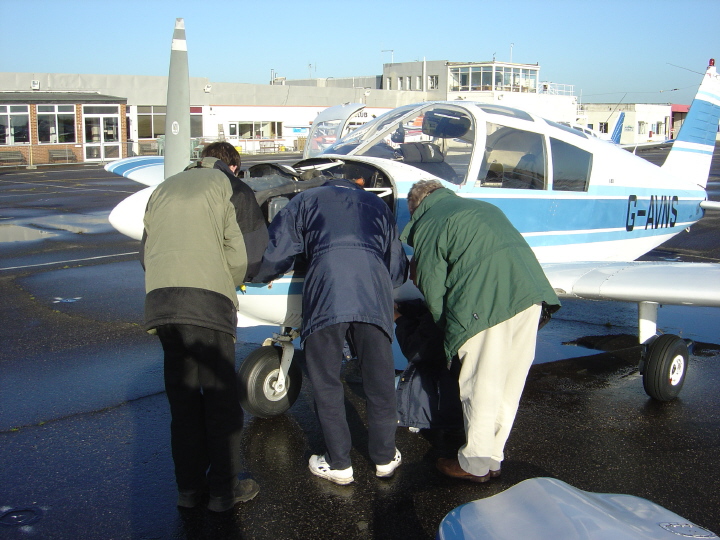 Whilst checking the fuel drain, John had spotted a fuel leak 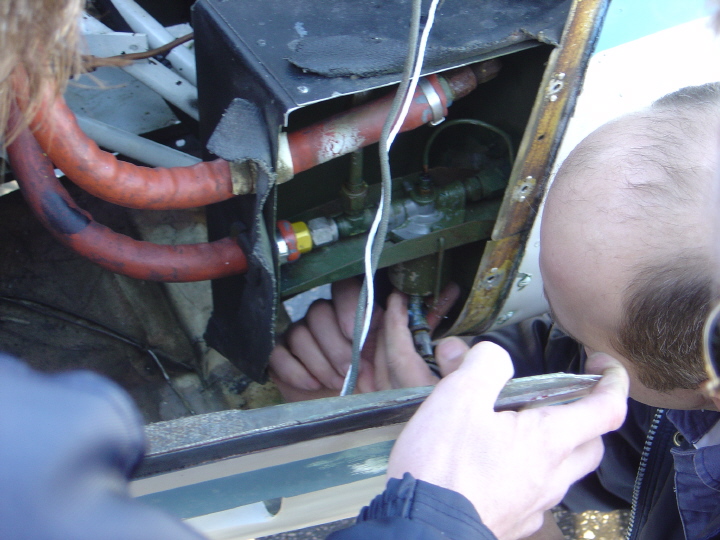 Paul sorted it with a Multi-Tool and Screwdriver.

Then we were off - Routing via Cap Gris-Nez 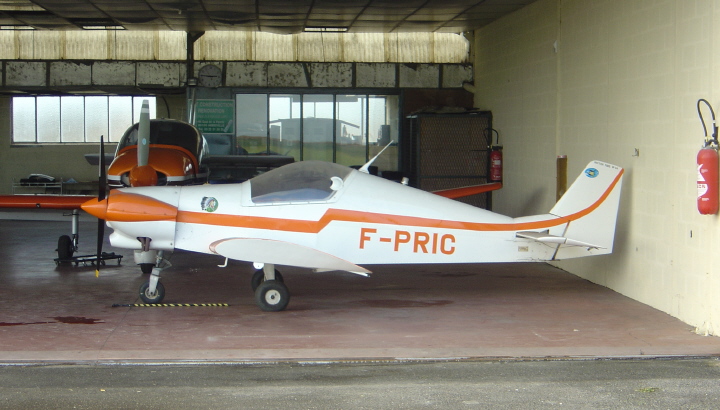 After landing on 02 at Abbeville, we taxied over to the Apron and saw the above

Obviously someone with a sense of humour! 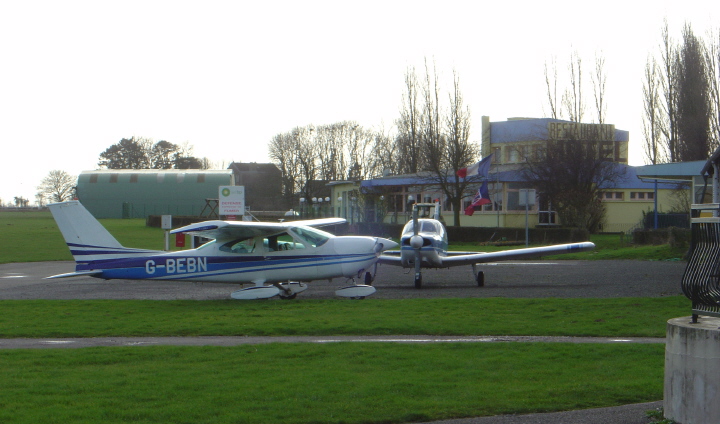 We parked and had Lunch 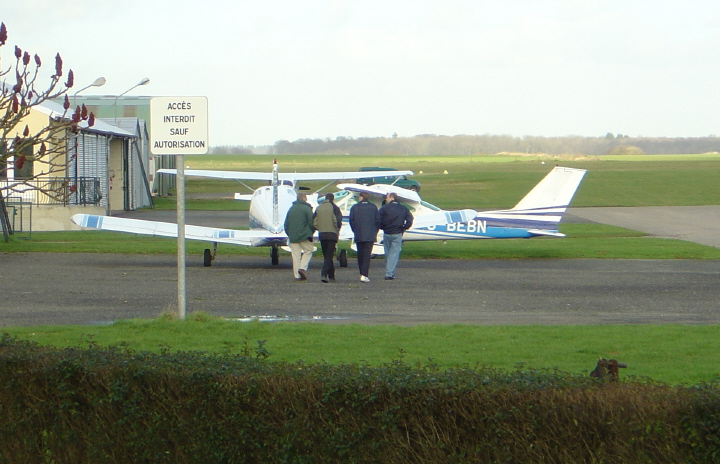 Paul propping up the G-BN's wing 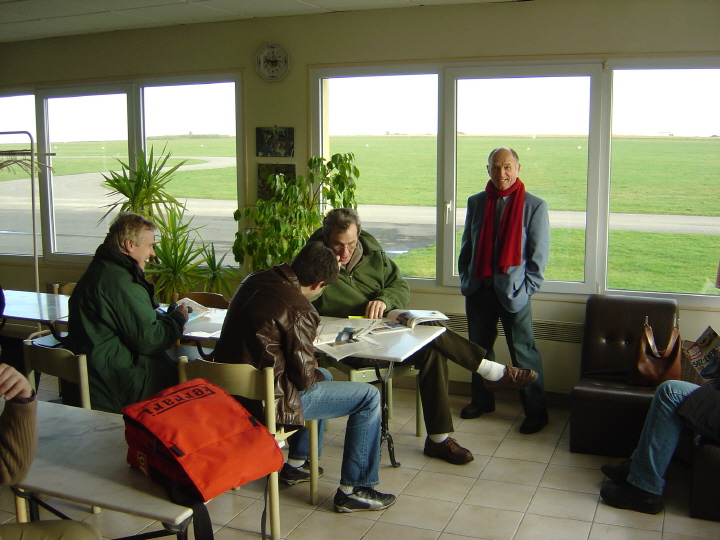 John (left) getting the French phrases for Backtrack, Lining Up and Departing. 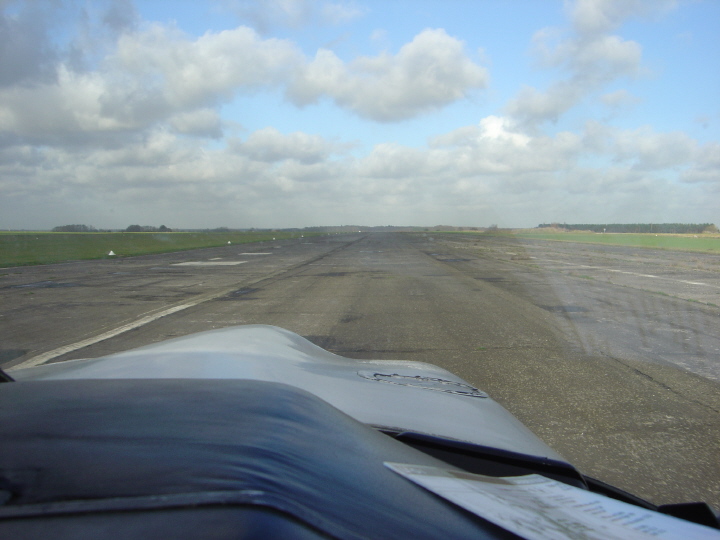 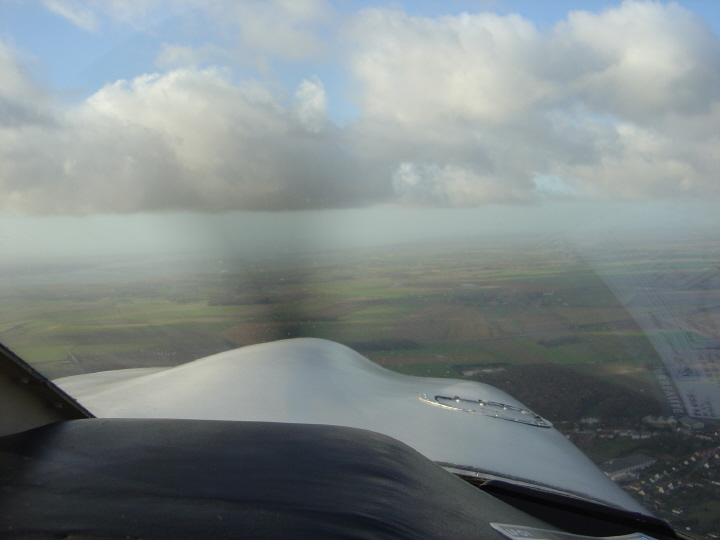 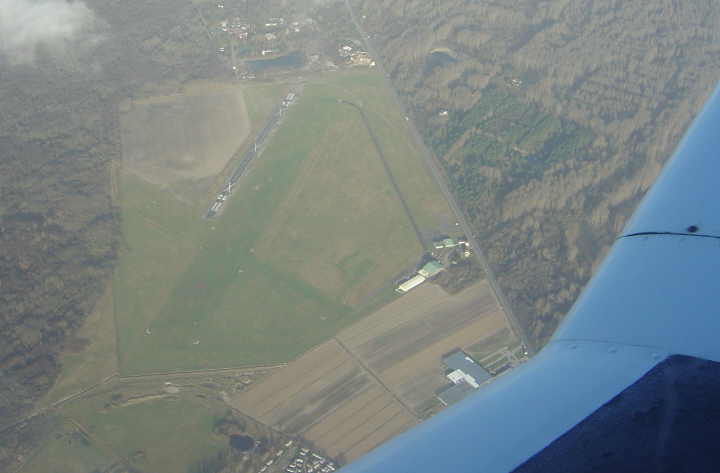 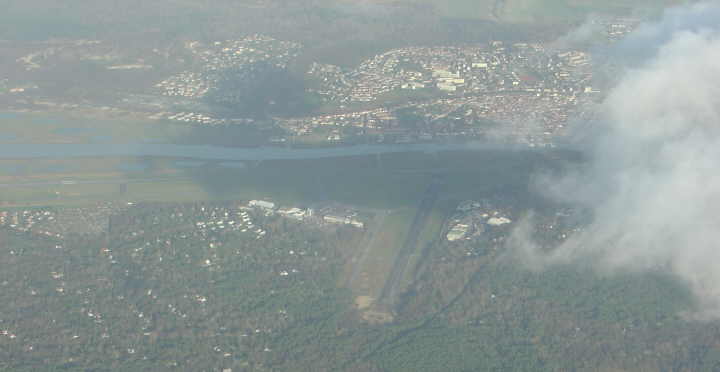 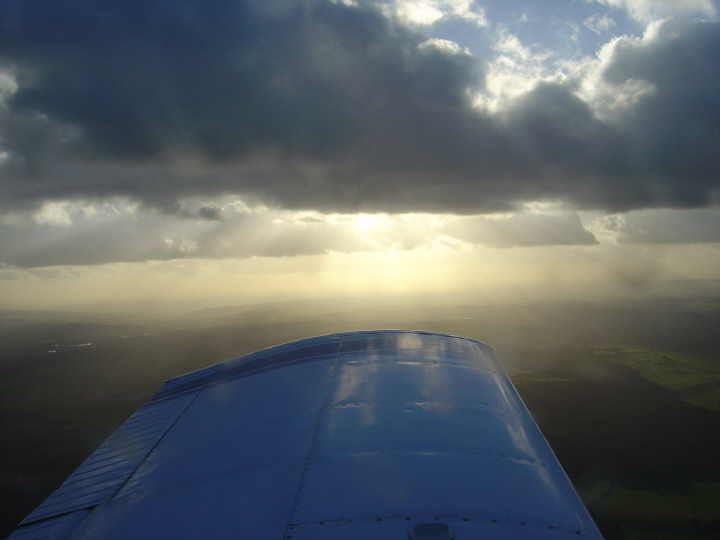 Sun through clouds over Kent 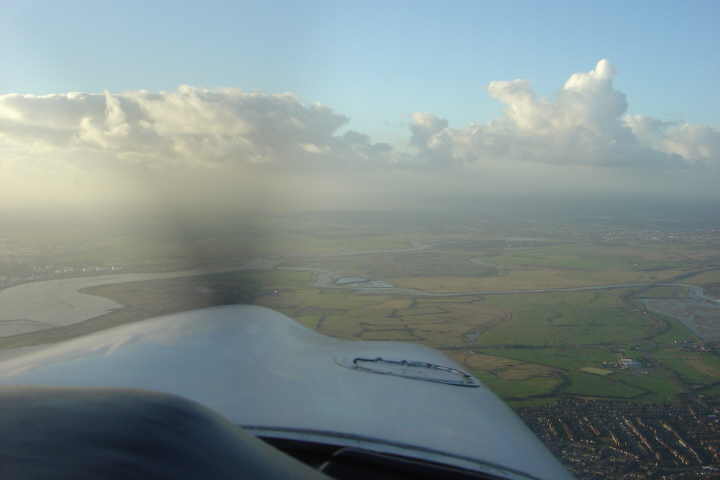